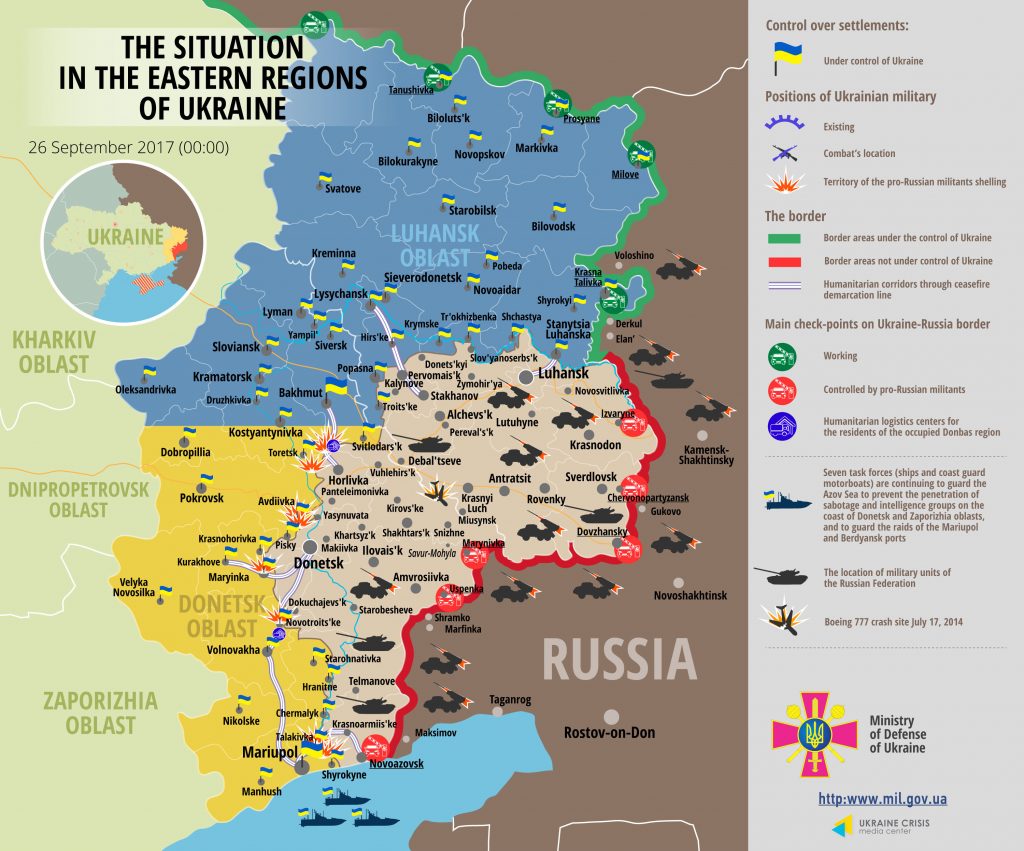 In addition to Maryinka,  in Mariupol sector militants violated the ceasefire in Novotroitske and in Pavlopil – Shyrokyne frontline. Brief mortar attack occurred in Lebedynske. “The enemy was traditionally active in the evening. Ukrainian troops actively responded with fire,” said the spokesman.

Col. Motuzyanyk informed that according to the General Intelligence Directorate of the Ministry of Defense, militants’ activity near Horlivka and Pavlopil – Shyrokyne frontline results from provocations of their own recce. “Hostile infiltrators get to so-called neutral zone, engage their own positions and blame it on Ukrainian troops. Moreover, there are episodes when militants shoot and set grass and shrubbery on fire to try and make our troops withdraw from their positions,” explained the spokesman.

Report on the military developments as of September 25 is available here. Interactive data on the shelling: chronology shelling chart and the interactive map.