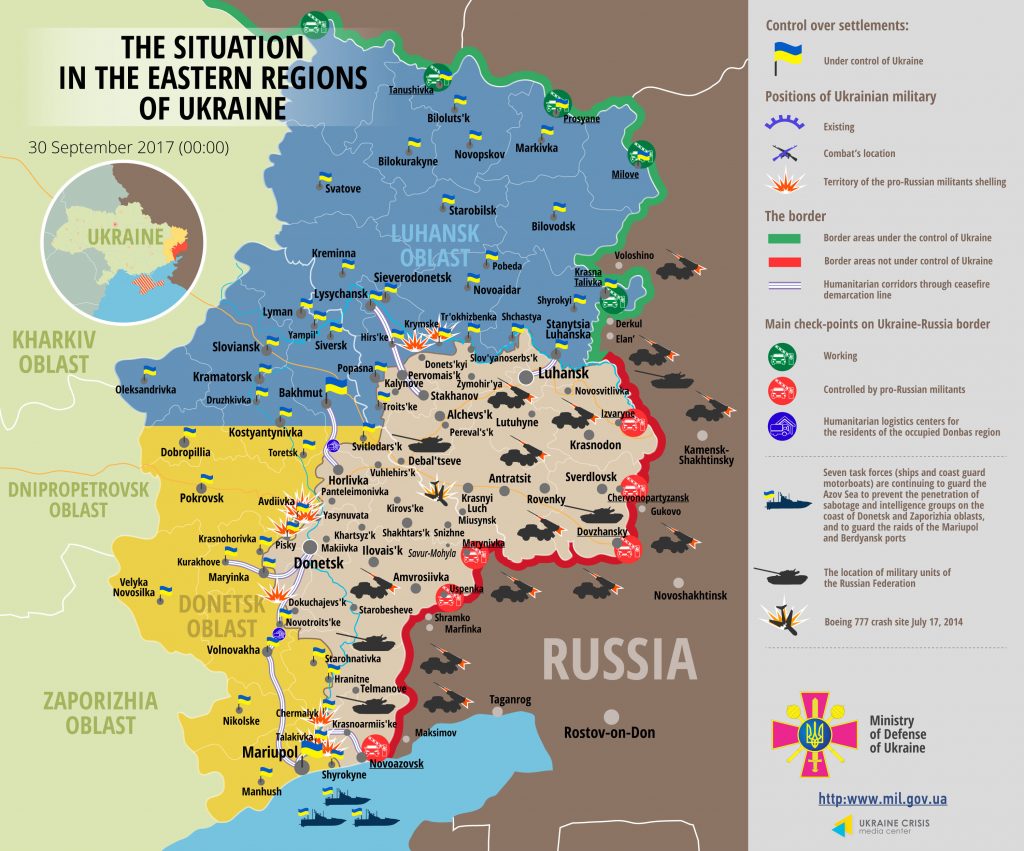 In Luhansk sector, militants conducted two mortar attacks in Novotoshkivske and Krymske between 20:00 and 21:00.

In Mariupol sector, Russia-backed militant groups attacked in southern seaside area. Militants used various grenade launchers and machine guns in Berezove.  The attack continued for over an hour. “Moreover, the enemy conducted four attacks in Vodiane using mortars once. Four light weapons attacks were recorded in Pavlopil and Talakivka, two in each location,” said the spokesman. In total, nine attacks took place in this sector.

Report on the military developments as of September 29 is available here. Interactive data on the shelling: chronology shelling chart and the interactive map.