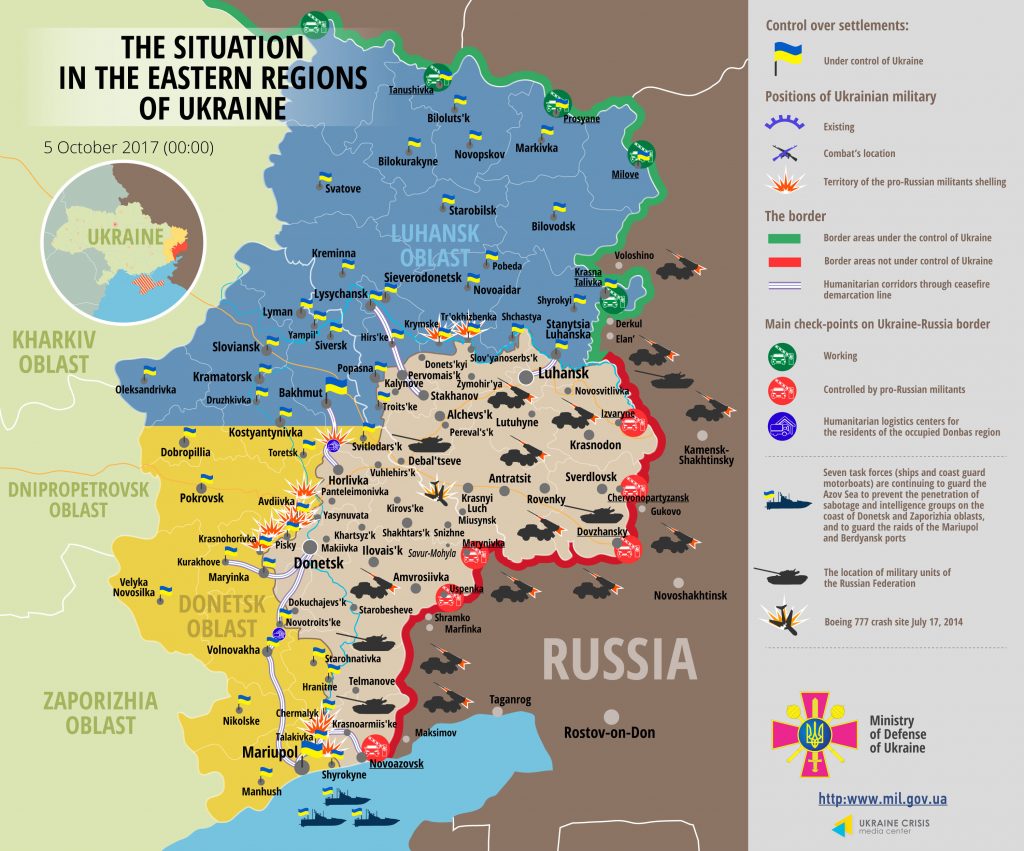 In Luhansk sector, militants violated the ceasefire in the evening.  “The enemy conducted three armed provocations near Krymske using mortars in two of these. Moreover, they attacked Triokhizbenka with grenade launchers,” said Col. Motuzyanyk.

In Mariupol sector, Russia-backed militants conducted a brief mortar attack at Hnutove at night. Following this, hostilities resumed around 15:00. “Militants conducted two armed provocations in Pavlopil and two in Krasnohorivka and Vodiane. No heavy weapons were used,” said the spokesman.

Two Ukrainian servicemen were wounded in the ATO zone yesterday.

Report on the military developments as of October 4 is available here. Interactive data on the shelling: chronology shelling chart and the interactive map.