Russia-backed militants shelled civilian inhabited localities twice yesterday. They fired 24 82-mm mortar rounds in Vodiane in Donetsk region, and damaged a household building in Avdiivka in the evening using grenade launchers, large machine guns and small arms. One Ukrainian soldier was killed in action, during one of the attacks in Avdiivka. Two more troops were wounded in a night attack in the vicinity of Maiorsk. The casualties were promptly taken to mobile military hospital, informed Ukrainian Ministry of Defense spokesman on ATO-related issues Colonel Andriy Lysenko at a press briefing at Ukraine Crisis Media Center. 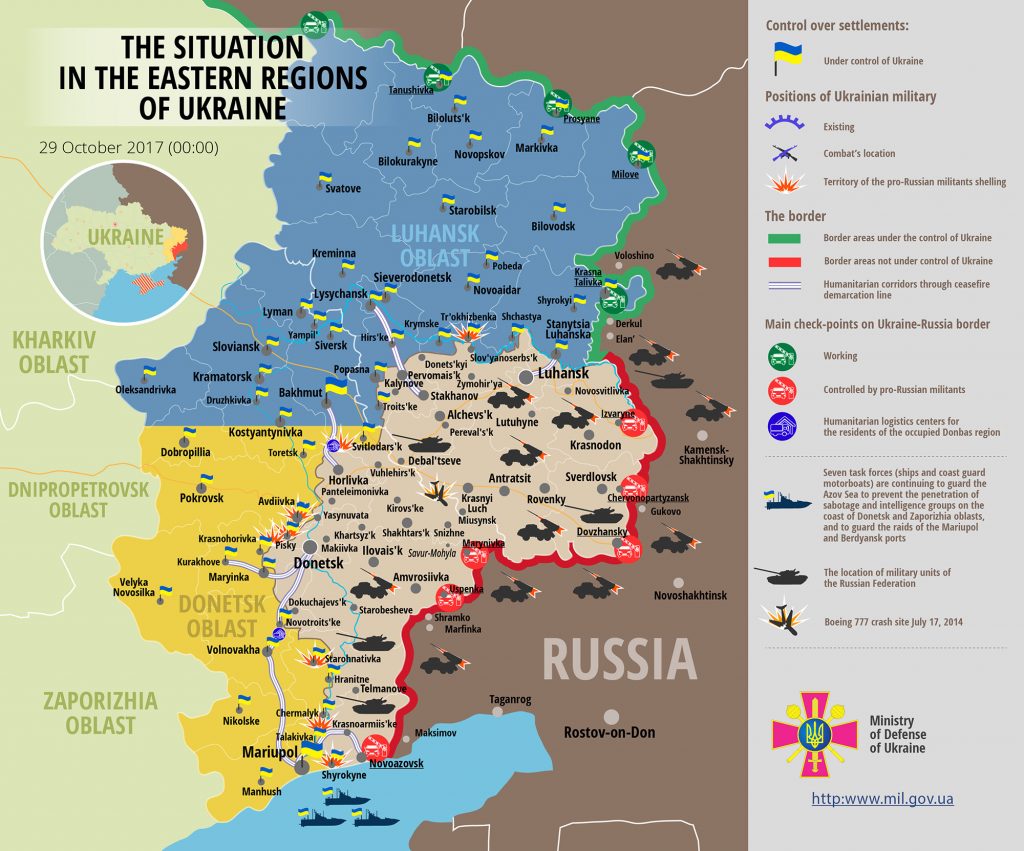 Report on the military developments as of October 28 is available here. Interactive data on the shelling: chronology shelling chart and the interactive map.