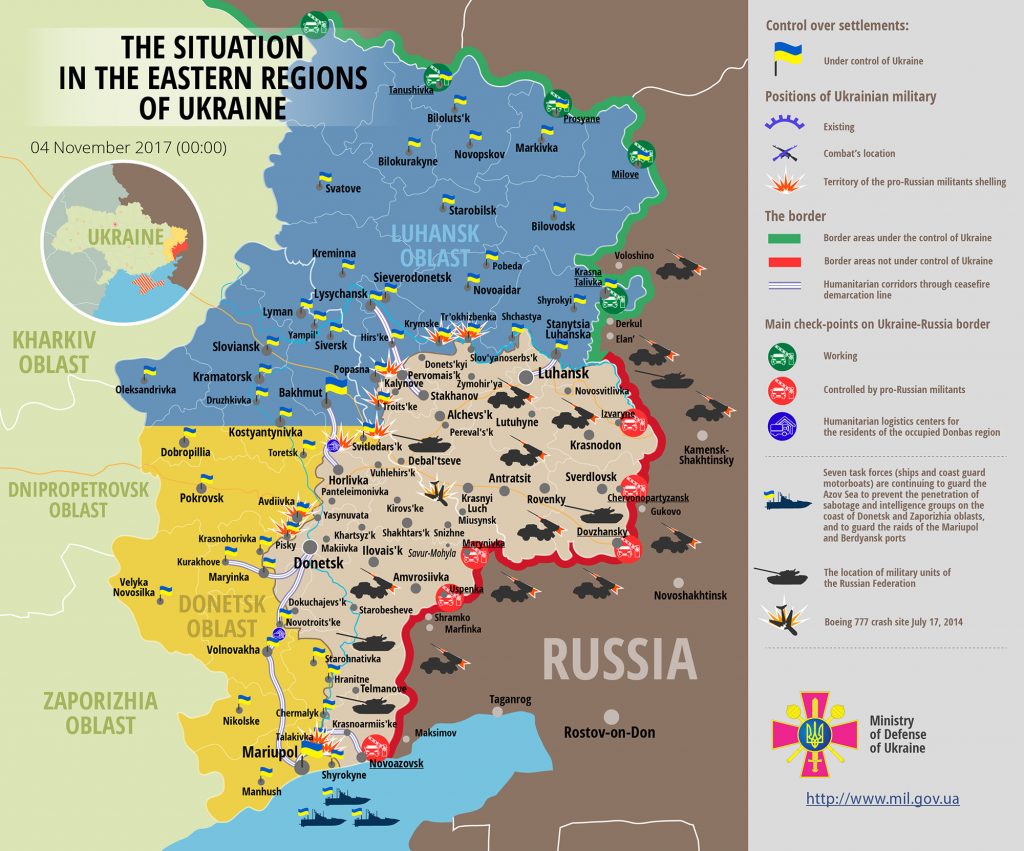 In Mariupol sector, six ceasefire violations were recorded. Militants opened fire three times using machine guns, grenade launchers and small arms between 09:00 and 12:00 in Vodiane. “After 16:00, Russian proxies attacked the areas of Pavlopil, Talakivka and Taramchuk, engaging each stronghold once,” informed the spokesman.

Three Ukrainian soldiers were wounded in action near Kamianka, Avdiivka and Novooleksandrivka. They were promptly evacuated to military mobile hospitals.

Report on the military developments as of November 3 is available here. Interactive data on the shelling: chronology shelling chart and the interactive map.