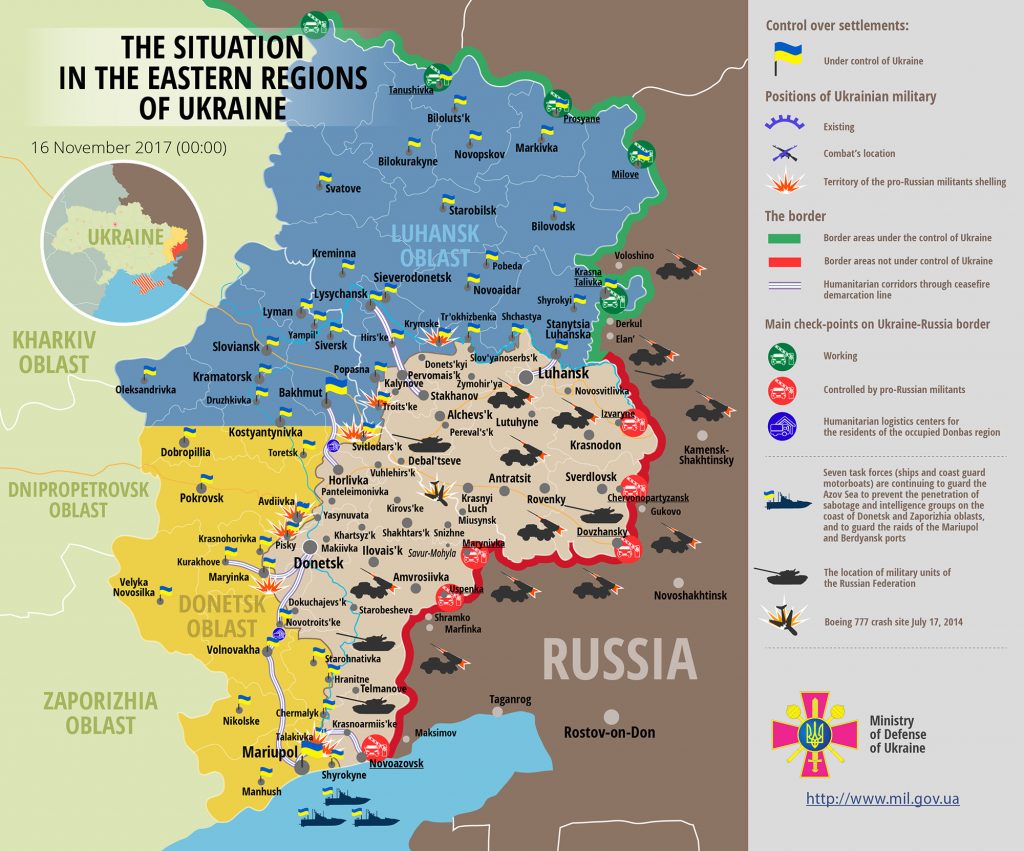 In Luhansk sector, Russian proxies violated the ceasefire eight times. In the morning and in the evening, they attacked Ukrainian positions near Travneve with 120-mm mortars firing 14 rounds. Ukrainian servicemen did not return fire as both attacks did not pose a direct threat to them. “Nonetheless, we had to give an adequate response to militants’ attacks near Donets, Krymske, Oleksandrivka, Troitske, and Svitlodarsk, where the enemy attacked Ukrainian positions with small arms. As a result, all these attacks continued no more than 20 minutes”, elaborated the spokesman.  In Novoluhanske, the militants conducted a 40-minute grenade attack continued. Ukrainian servicemen responded with direct fire using SPG-9 recoilless rifle.

Near Hnutove a service vehicle of Ukrainian National Police hit an anti-tank landmine while on duty. “The explosion killed one policeman and wounded two more. The casualties were evacuated to the mobile military hospital in Mariupol,” reported Col. Lysenko.

Report on the military developments as of November 15 is available here. Interactive data on the shelling: chronology shelling chart and the interactive map.