Russia-backed militants continued attacks in all sectors over the last day. Ukrainian troops recorded a total of 17 attacks. They returned fire 10 times. “Despite the decrease in number of attacks, the enemy continued firing upon Ukrainian troops with 120-mm mortars having fired about one hundred rounds,” said Ukrainian Ministry of Defense spokesman on ATO Colonel Oleksandr Motuzyanyk at a press-briefing at Ukraine Crisis Media Center.

The situation in Luhansk sector was quite calm. In the second half of the day Russia-backed militants made four attacks in the area of Novhorodske, Novozvanivka, Luhanske and Novooleksandrivka. They did not use heavy weapons. Ukrainian troops returned fire twice using grenade launchers and large-caliber machine guns. 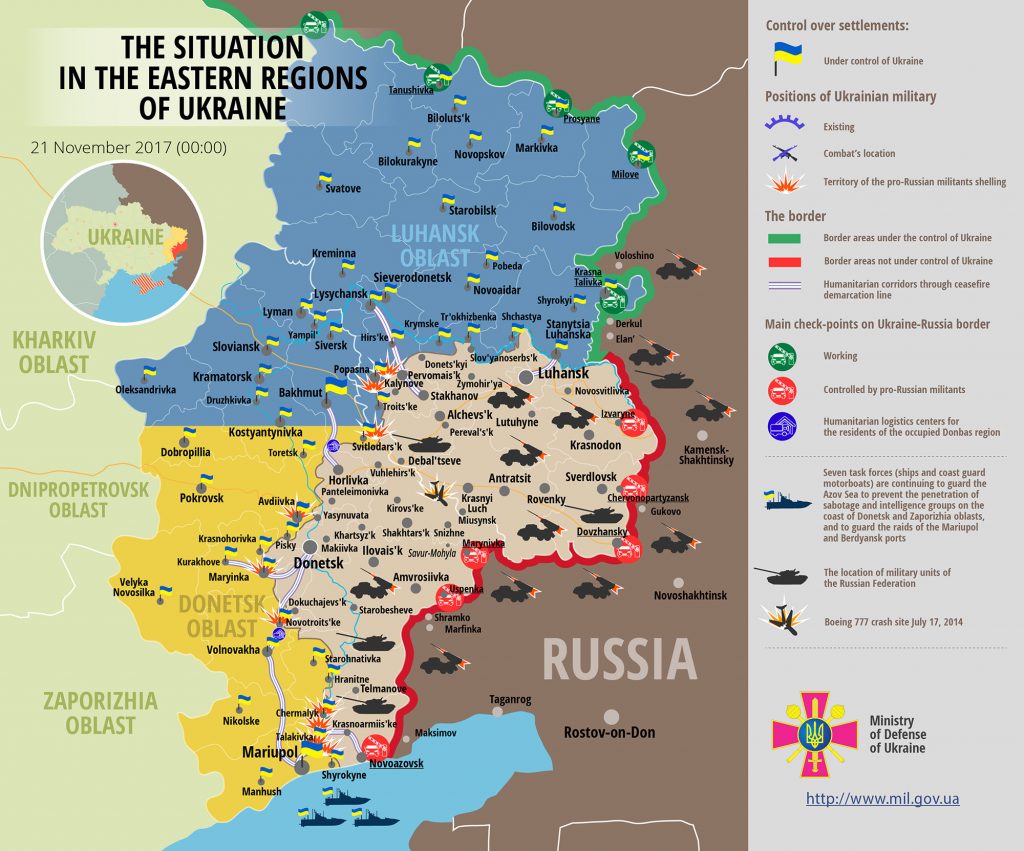 One Ukrainian serviceman was killed in action over the last day. The incident happened outside Pavlopil and resulted from a militant attack.

Report on the military developments as of November 20 is available here. Interactive data on the shelling: chronology shelling chart and the interactive map.