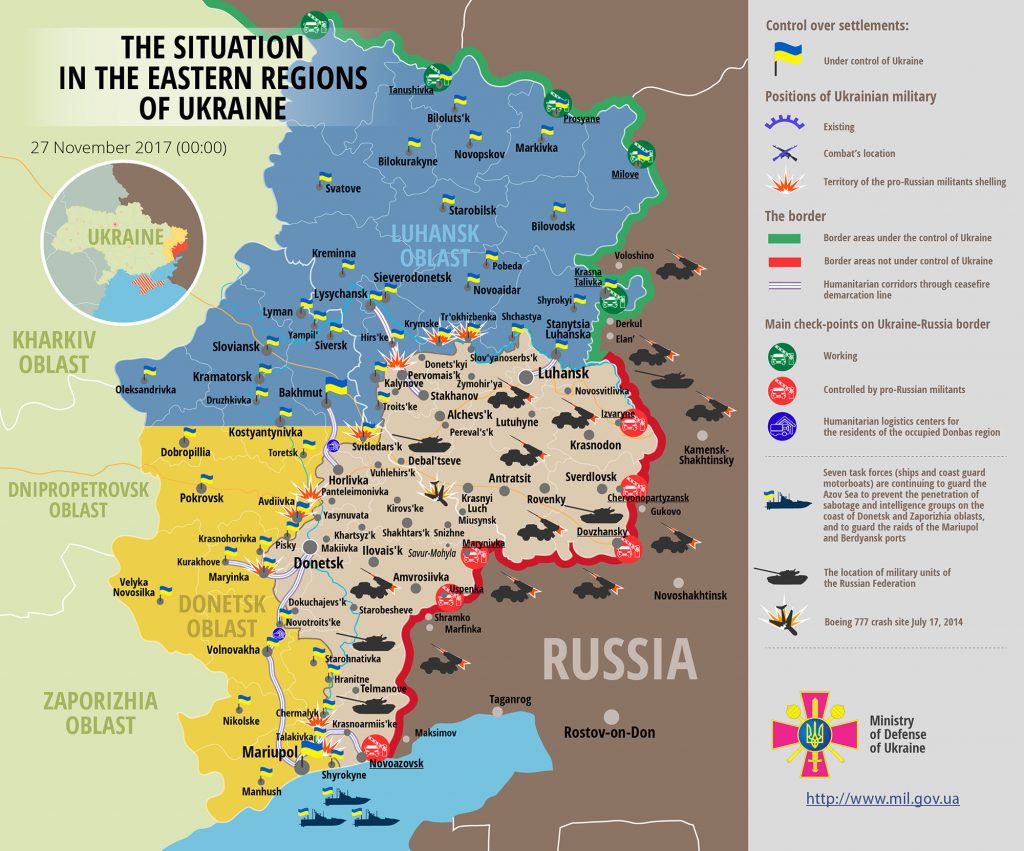 Colonel Lysenko also reported that unidentified persons armed with automatic weapons wounded a sentry of an artillery warehouse of a military base in Dobropillia district of Donetsk region. “A reserve military group swiftly arrived on the spot and helped repel the subversive attack. The wounded serviceman was taken to the military hospital in Pokrovsk. His actual state is not life-threatening,” Colonel Lysenko said.

The ATO spokesman also quoted the information by the Main Intelligence Department of the Ukrainian Ministry of Defense saying that on November 20-26 34 Russia-backed militants were killed and 22 more were wounded in action.

Report on the military developments as of November 26 is available here. Interactive data on the shelling: chronology shelling chart and the interactive map.