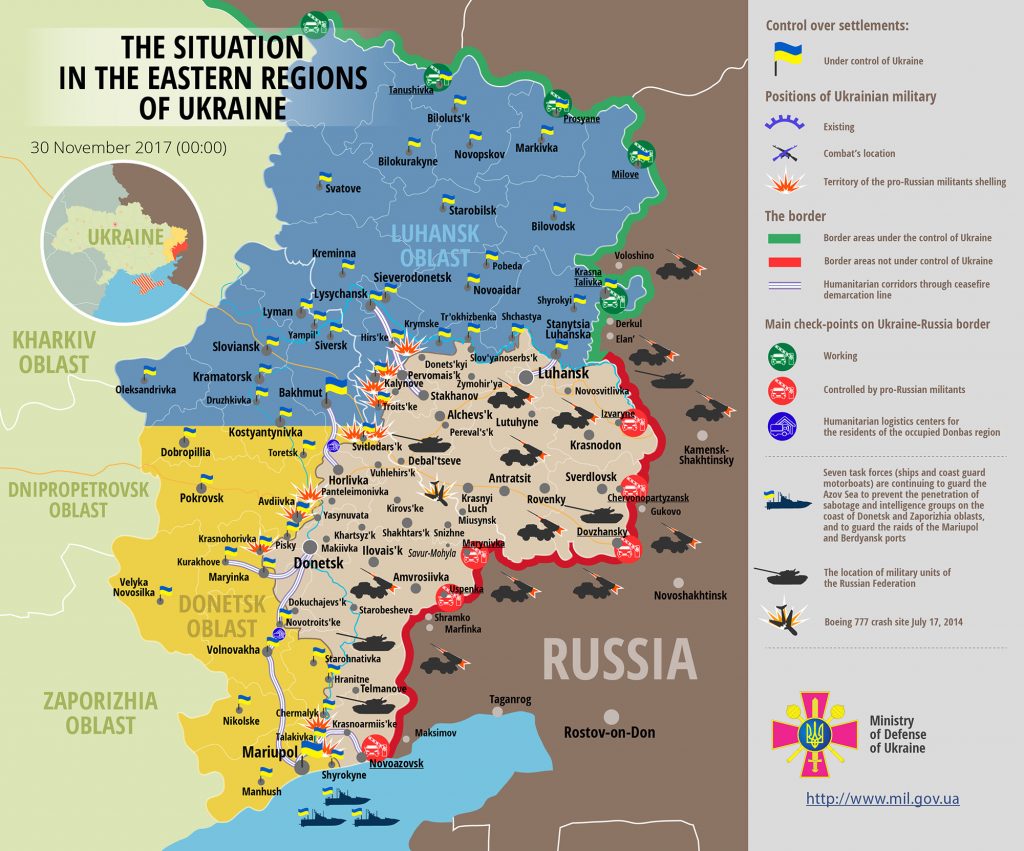 In Donetsk sector, Russia-backed militants violated the ceasefire five times. Militants fired seven mortar rounds near Vodiane in one hour and fired 10 more near Pavlopil. “The situation was also tense near Verkhniotoretske, Avdiivka, and Krasnohorivka. The enemy refrained from using heavy weapons there but employed grenade launchers,” the ATO spokesman added.

Report on the military developments as of November 29 is available here. Interactive data on the shelling: chronology shelling chart and the interactive map.