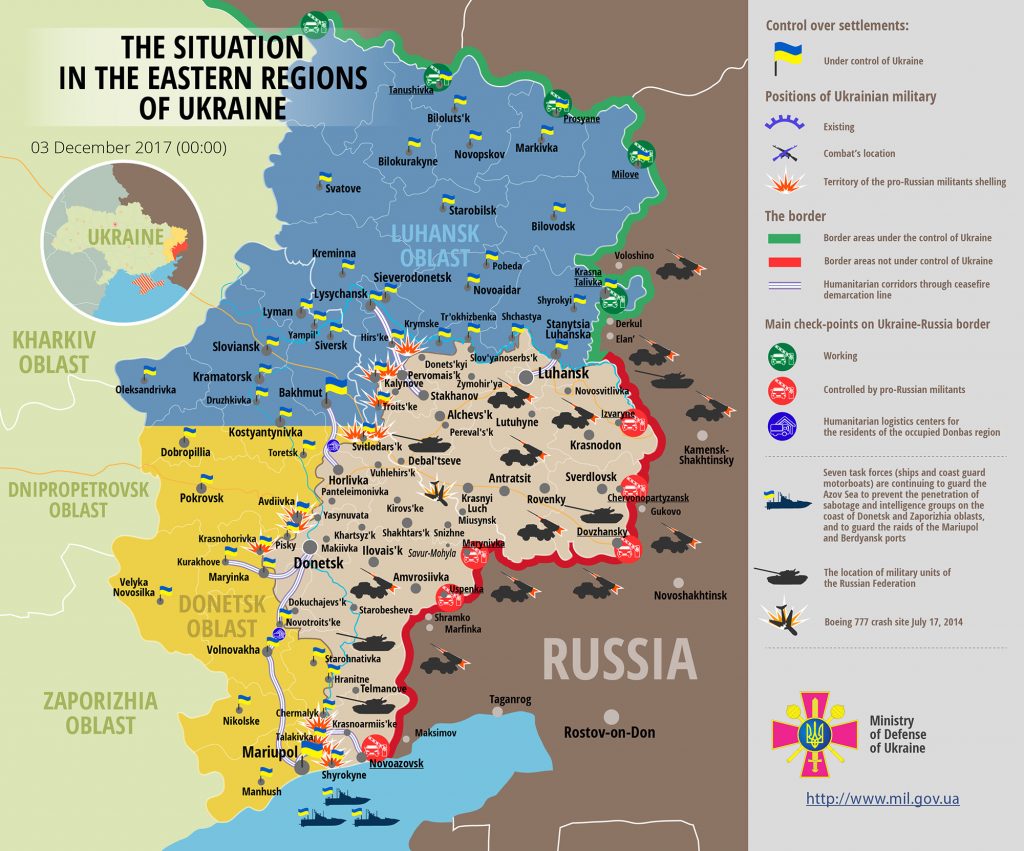 In Donetsk sector, Russia-backed militants conducted 12 attacks on Ukrainian positions. “The enemy conducted intense precision attacks. The enemy was shelling Vodiane and Shyrokyne in the morning and during the whole evening with 122-mm artillery and mortars, attacked Ukrainian positions near Talakivka with 120-mm mortars. Near Pavlopil and Hnutove the enemy used all types of small arms,” the spokesman said. Moreover, militants attacked Ukrainian positions near Opytne and Avdiivka with rocket launchers, grenade launchers, and machine guns. In the morning Russian proxies used IFVs near Vodiane, late at night – near Hnutove as well. In Shyrokyne area Russia-backed militants used anti-aircraft guns.

One Ukrainian serviceman was wounded in action near Zolote, two more near Opytne and Luhanske.

Report on the military developments as of December 2 is available here. Interactive data on the shelling: chronology shelling chart and the interactive map.