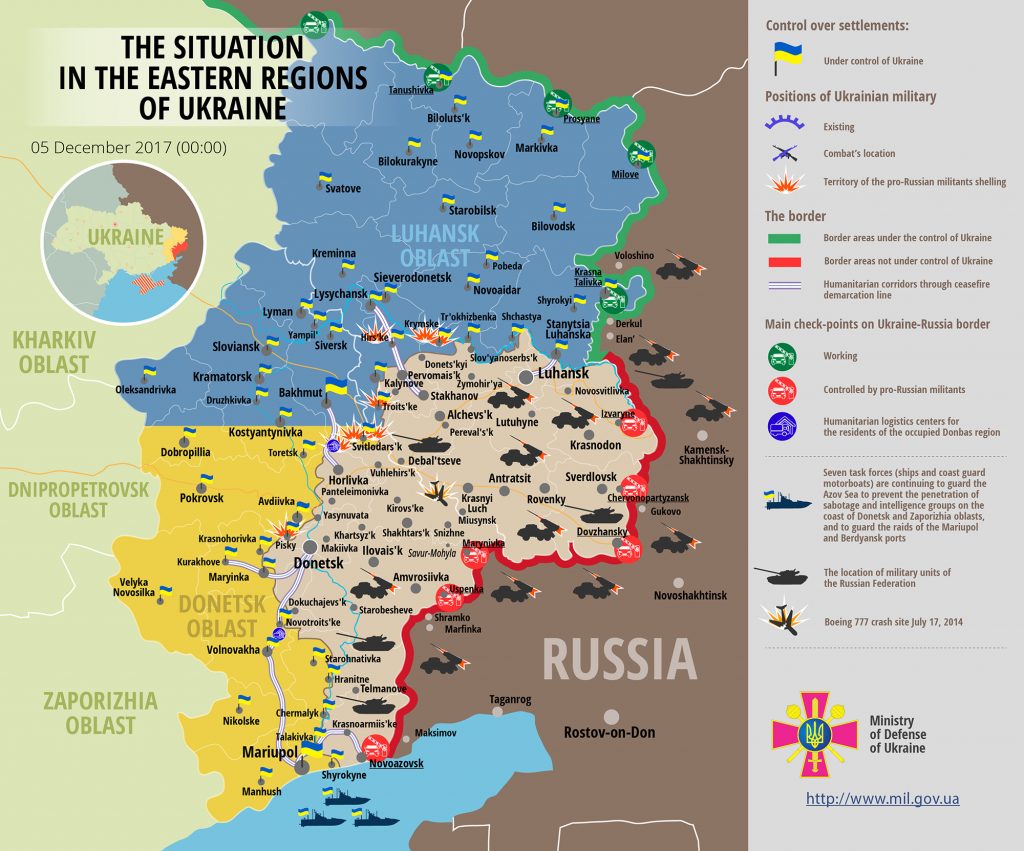 In Luhansk sector, Russian proxies made 17 precision attacks. At about midnight Ukrainian troops spotted a subversive militant group of eight. “A group of militants secretly advanced along the Debaltseve-Svitlodarsk road under the covering fire of heavy machine guns and automatic grenade launchers AGS-17. Ukrainian troops repelled the attack. As it became later known, the militants were part of the so-called 7th motor-rifle brigade within the 2nd army corps of the combined Russian-militant troops. Ukrainian troops returned fire using small arms forcing the enemy to step back,” said Colonel Motuzyanyk. One Russia-backed militant was killed in action and two more were wounded in action.

Three Ukrainian troops were wounded in action yesterday: one serviceman was wounded near Vodiane, two more near Luhanske and Pisky.

Report on the military developments as of December 4 is available here. Interactive data on the shelling: chronology shelling chart and the interactive map.