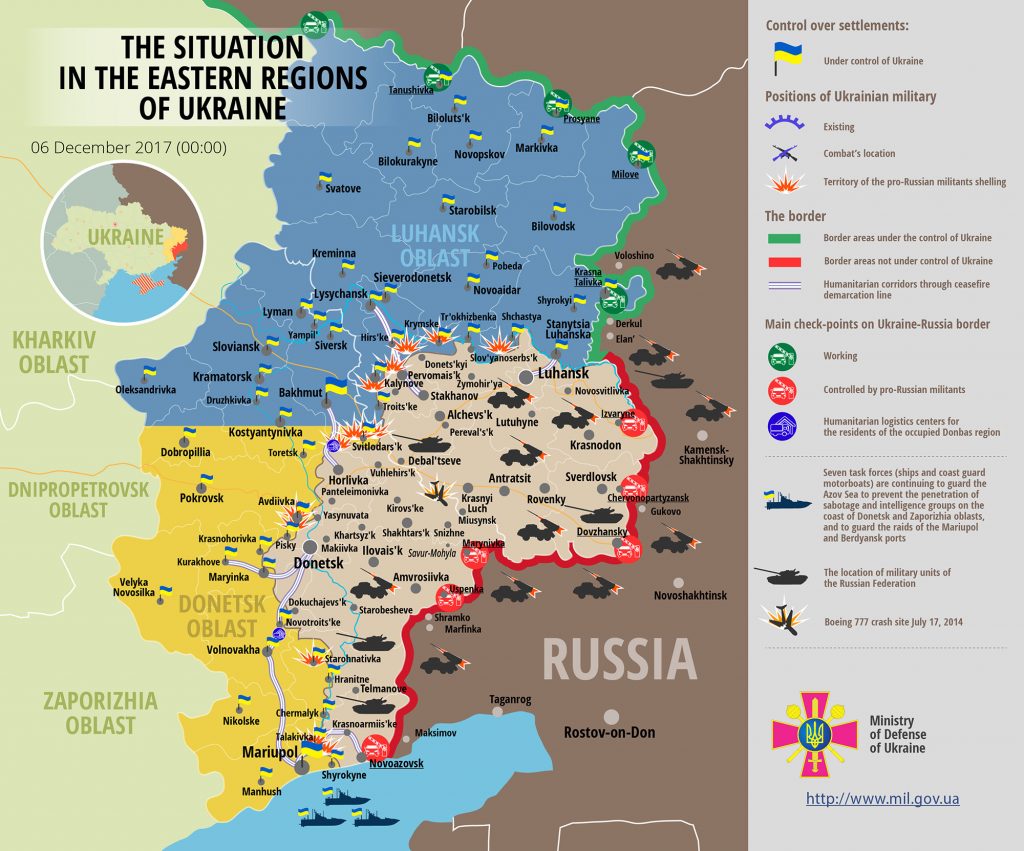 In Donetsk sector, militants violated the ceasefire eight times. “For instance, in Avdiivka and Opytne areas the enemy violated the ceasefire three times, using mortars and small arms. In the morning and during the day, they fired almost sixty 82-mm mortar rounds,” elaborated Col. Motuzyanyk.  Near Vodiane militants also attacked Ukrainian position with  82-mm mortars, in the vicinity of Bohdanivka they used IFV weapons and grenade launchers.

Report on the military developments as of December 5 is available here. Interactive data on the shelling: chronology shelling chart and the interactive map.