Russia-backed militants used rocket launchers again in eastern Ukraine yesterday. The attack took place near Avdiivka at about 14:00. “Russian proxies fired three rockets from the Grad-P portable launcher. The missiles hit the southern-western outskirts of the near-front town. Luckily, there were no civilian casualties, however, a contact line of the railway tracks and an overhead power line between Yasynuvata and the Avdiivka Coke and Chemical Plant were damaged,” reported Ukrainian Ministry of Defense spokesman on ATO Oleksandr Motuzyanyk at a press briefing at Ukraine Crisis Media Center. 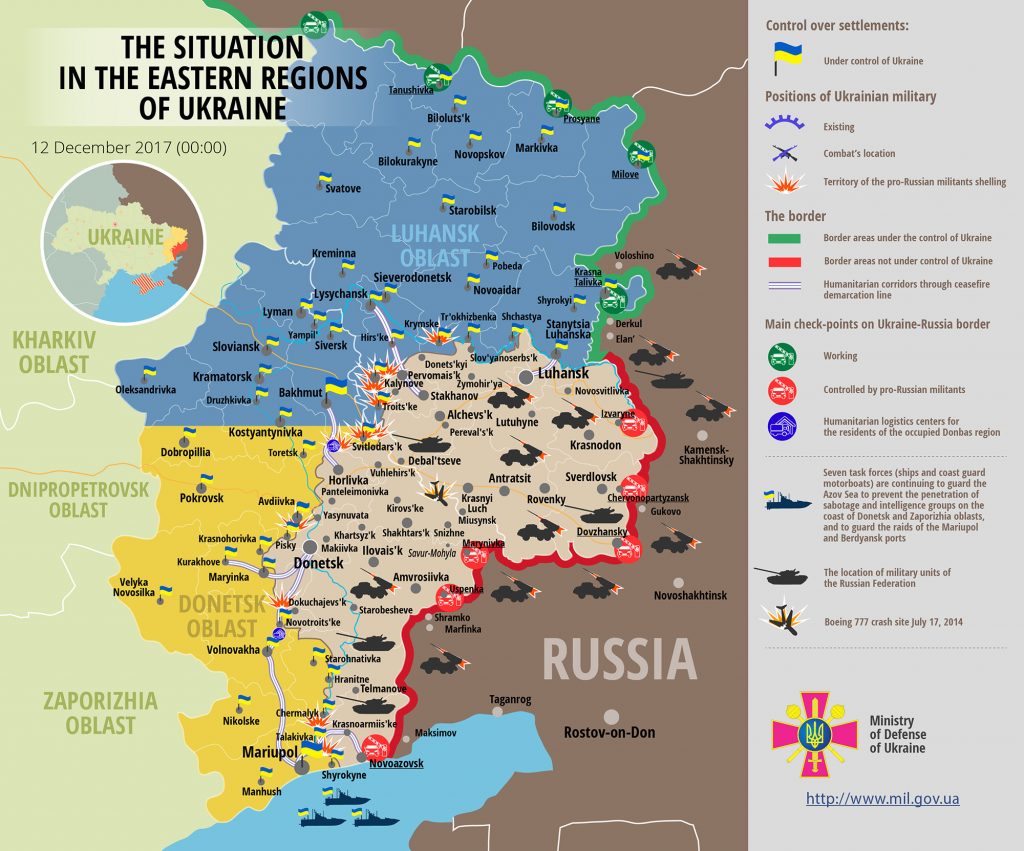 Report on the military developments as of December 11 is available here. Interactive data on the shelling: chronology shelling chart and the interactive map.