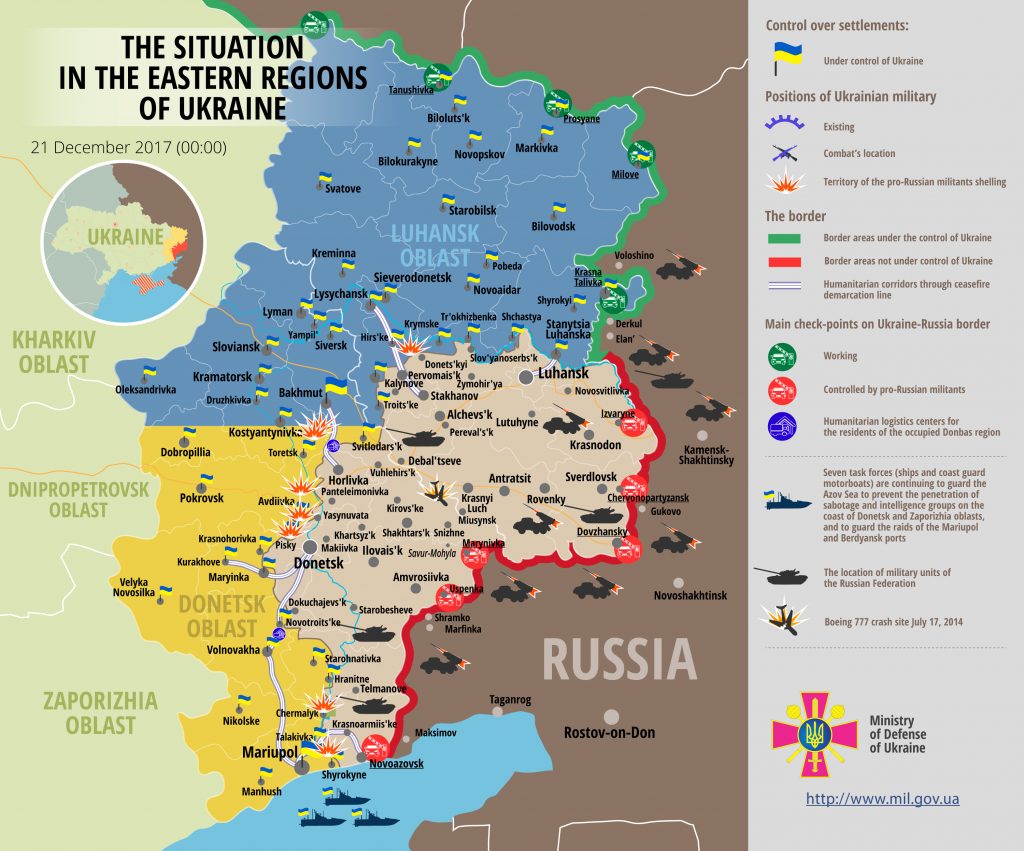 Unfortunately, one Ukrainian serviceman was killed in action near Kamianka, and four more troops were wounded in Shakhta Butovka area.

Colonel Motuzyanyk quoted the Defense Minister of Ukraine, General of the Army of Ukraine Stepan Poltorak saying that the decision of the Russian Federation representatives to withdraw from the Joint Center on Control and Coordination (JCCC) was aimed at blaming Ukraine for the coming ceasefire violations as Russian proxies have considerably intensified the attacks after Russian officers left the JCCC. “President of Ukraine – Commander-in-Chief of the Ukrainian Armed Forces Petro Poroshenko suggested reinforcing the Joint Center on Control and Coordination of the ceasefire regime in Donbas with representatives of Germany and France in order to provide objective information on the situation in the combat zone to the international community,” the ATO spokesperson said.

Report on the military developments as of December 20 is available here. Interactive data on the shelling: chronology shelling chart and the interactive map.