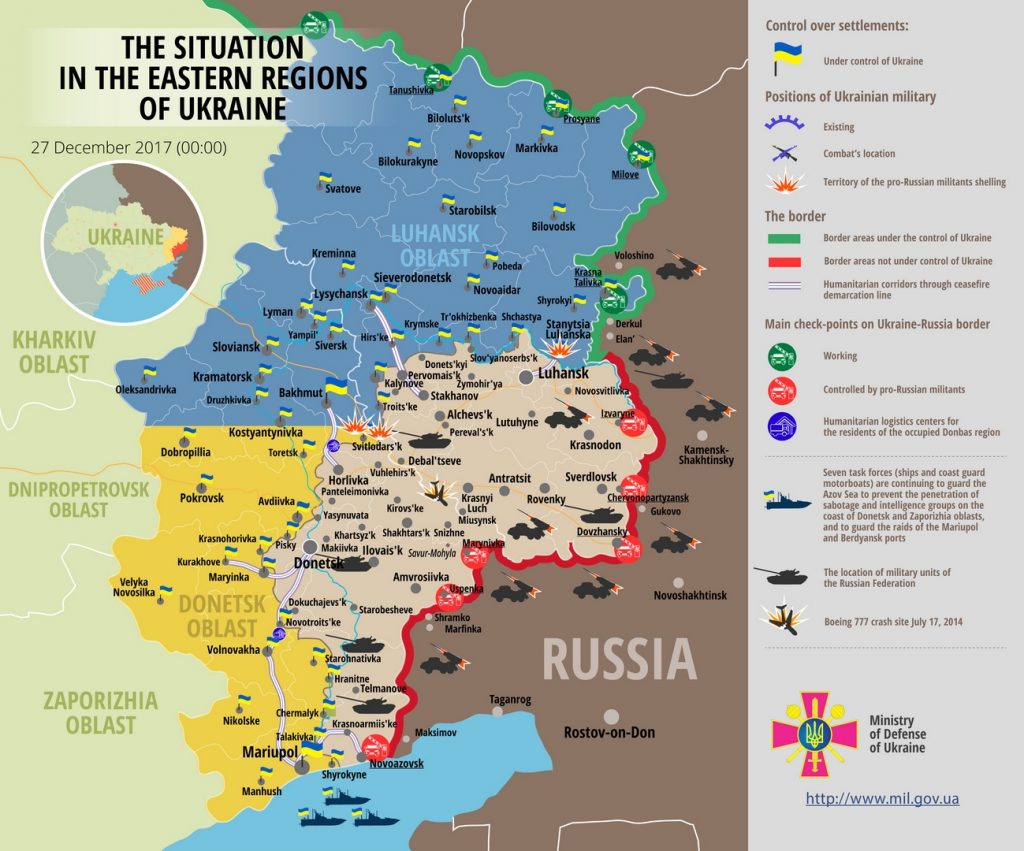 In Donetsk sector, Russia-backed militants delivered a 45-minute small arms attack near Shakhta Butovka at midday. One Ukrainian serviceman was killed in this attack by a hostile gunshot.

The ATO spokesperson also said that in the evening of December 27 Ukrainians liberated from militant captivity will be welcomed back home at the military ground of the Boryspil airport. “Collection point for the journalists who would like to cover the event is near the control point of the military ground at the Boryspil airport at 18:00,” Colonel Motuzyanyk said. Accreditation details are available on the website of the Ministry of Defense.