Yesterday in the ATO zone militants carried out four shelling at our positions across the line of contact. As a result of hostile shelling, Ukrainian troops incur no casualties. Russian proxies intensified their shelling in the afternoon in Donetsk sector. They committed several fire provocations against the Armed Forces of Ukraine, including heavy weaponry, reported Colonel Oleksandr Motuzyanyk, Ukrainian Ministry of Defense spokesman on ATO, at a press briefing at Ukraine Crisis Media Center. 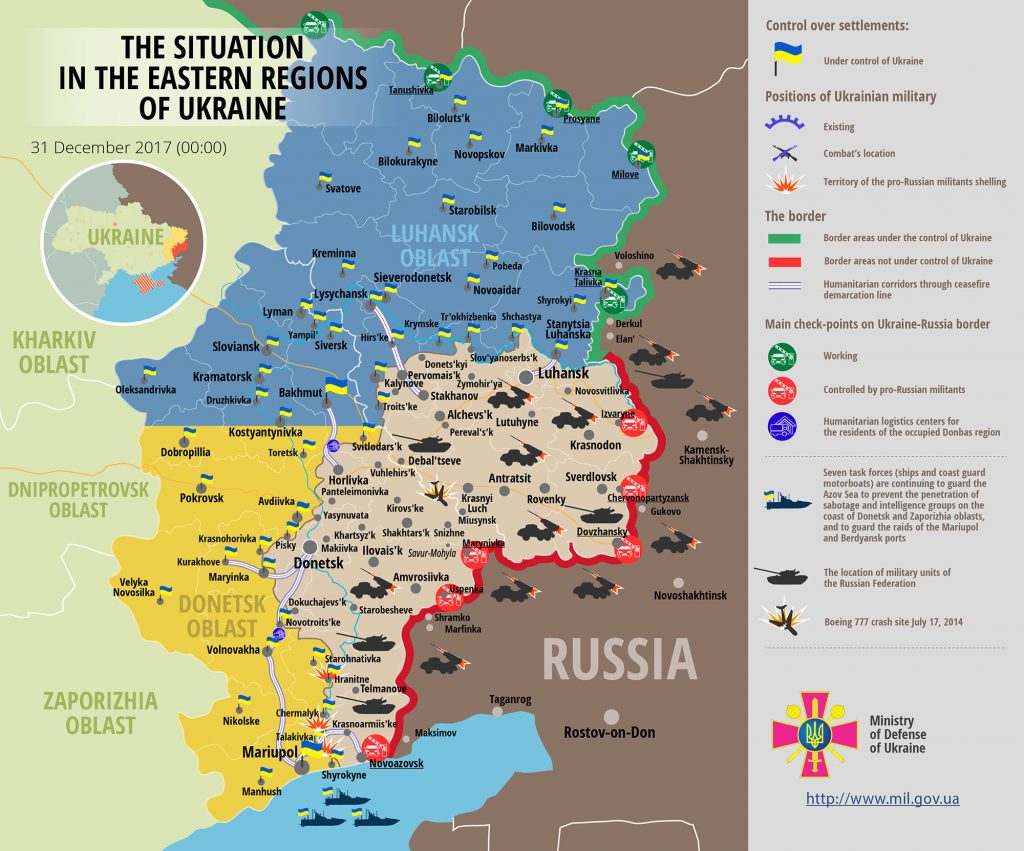 “After 14:00 in the Donetsk sector militants fired four times at our positions, twice – at the support points in the Pavlopol area. Here, the enemy used machine guns and small arms, and also fired two mines from the 82-mm mortar. Russian proxies also fired from small arms at our positions near Vodyane”, Colonel Motuzyanyk explained.

After 18:00 militants opened fire from small arms at the defenders of Granitne. The Ukrainian troops returned fire with grenade machine gun and heavy guns.

In the Luhansk sector, no ceasefire violations were recorded.

As a result of an unidentified explosive device explosion in the Krymske area, one Ukrainian soldier was injured. “He was promptly evacuated to a military mobile hospital. Now his life is not in danger”, Colonel Motuzyanyk elaborated.

Report on the military developments as of December 30 is available here. Interactive data on the shelling: chronology shelling chart and the interactive map.