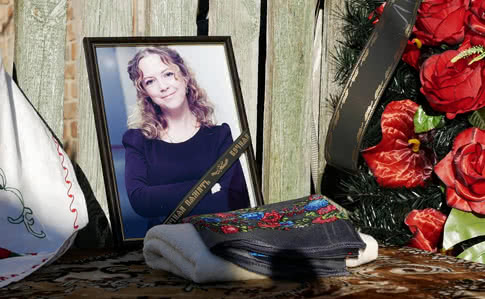 The situation in the combat zone over the first week of the year was calmer than in December. Sporadic ceasefire violations were recorded in all sectors, however, the situation was relatively calm. 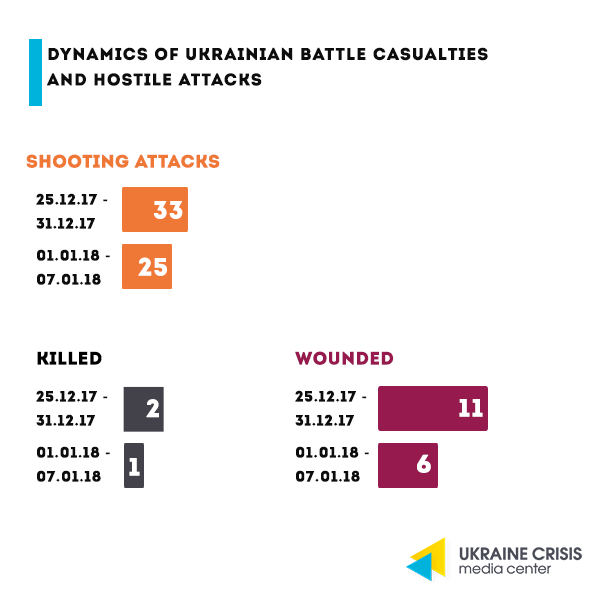 Will the murder of lawyer Nozdrovska be investigated?

On January 9, family and friends bid the last farewell to Iryna Nozdrovska in her native village outside Kyiv. Ukrainians got indignant at the notorious murder of the 38-year-old woman that happened right after the New Year. It is illustrative of the impunity that those in power are enjoying as well as of the corrupt judiciary in Ukraine. Iryna was dealing with the case of her sister’s tragic death in a car accident, her efforts resulted in the fact that the person responsible for the tragedy – a judge’s close relative who was driving under the influence of narcotic drugs – was held liable. Public opinion has immediately linked Nozdrovska’s murder to the case of her sister.

The suspect arrested. On January 8, Ukraine’s Ministry of Internal Affairs stated that the suspect in Iryna Nozdrovska’s murder case had been detained by the law enforcement.

Who is the murderer: versions? Law enforcement has not yet revealed the identity of the detainee. However, some media have already published the information that the alleged perpetrator could be the father of Rossoshanskyi, the man responsible for the murder of Nozdrovska’s sister. Deputy director general of the ATR TV channel Aider Muzhdabaiev said that the detainee is a close relative of Rossoshanskyi. Ukrainian media INSIDER quoting its sources in law enforcement agencies also said that the suspect in the murder was Yuriy Rossoshanskyi – the father of Dmytro Rossoshanskyi. 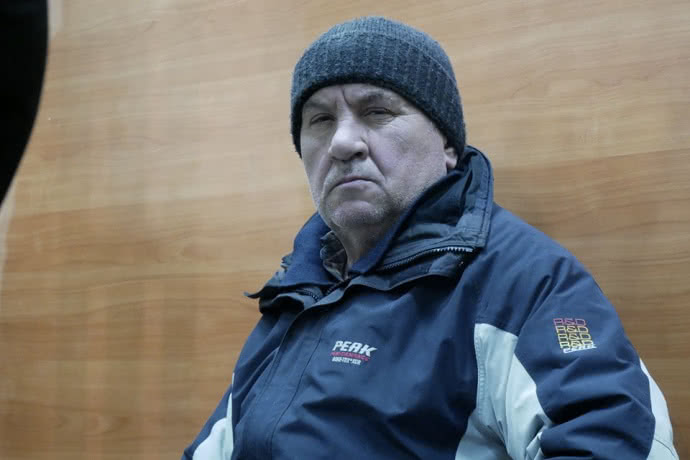 Where it all started. On September 30, 2015, a car accident took place in Demydiv village. A local resident – Dmytro Rossoshanskyi, driving under the influence of narcotic drugs caused a car accident that killed 26-year old Svitlana Sapatynska. Rossoshanskyi’s uncle was chairing the Vyshhorodsky district court at that time.

The fight for justice. Two years after the accident Iryna succeeded to have Rossoshanskyi held liable. In the end of May 2017, the court sentenced him to seven years in prison.

On the eve of the murder. On December 27, 2017, the defense of Dmytro Rossoshanskyi, responsible for the car accident that killed Iryna’s sister, almost succeeded to have him released under an amnesty in the Court of Appeal in Kyiv region. However, the court ruled to reconsider the case and extended the arrest for 60 more days. Nozdrovska was dealing with the case personally, she was reporting to have received threats several times.

Saakashvili between the courts of Kyiv and Tbilisi

For Mikheil Saakashvili, former head of Odesa regional state administration and ex-President of Georgia, the start of the year was not really a successful one. As the winter holidays go, both in Kyiv and Tbilisi court trials proceed against him. The Ukrainian prosecution has not been finalized yet, while Georgia has announced the official sentence following the trial in absentia. 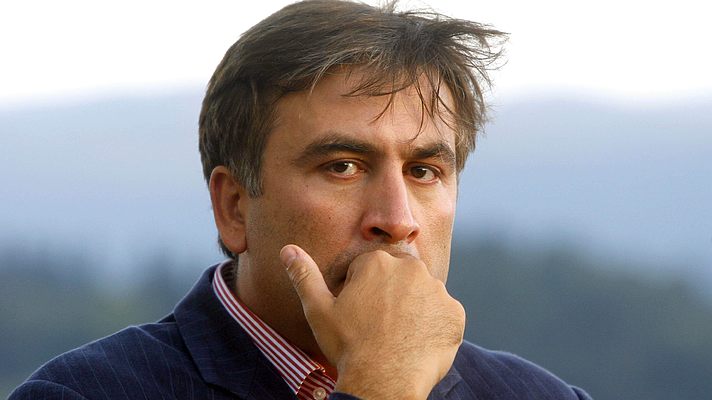 Refugee status in Kyiv: refused. Mikheil Saakashvili was stripped off Ukrainian citizenship in July 2017. The formal pretext was that he allegedly concealed his criminal record in Georgia. Later in 2017, the Office of the Prosecutor General of Ukraine charged Saakashvili with attempted coup d’état by coming into a conspiracy with notorious Yanukovych-era oligarch Kurchenko. The investigation is currently ongoing, so far Kyiv’s district administrative court has refused to sustain the motion to grant Saakashvili the refugee status.

Persecution in Georgia. Saakashvili left Georgia right after the inauguration of the new president in 2013. Several criminal cases were started against him. Georgia has addressed Ukraine multiple times asking to extradite the ex-president. Ukraine has not satisfied these claims so far.

Sentenced in absentia in Georgia. On January 3, 2018, the city court of Tbilisi sentenced the former President of Georgia Mikheil Saakashvili in absentia to three years in prison for abusing his powers in granting a pardon to the law enforcement staff sentenced in the murder case of a staff member of the United Georgian Bank Sandro Girgvliani.

Saakashvili’s reaction. The sentence in Georgia same as the simultaneous trial in Kyiv demonstrate that “the oligarchic authorities in Ukraine and Georgia act in a synchronized way fully coordinating with each other against me,” claims Saakashvili. “Trying the president for using his pardon powers that are not limited in any way, demonstrates a fully political nature of this process,” Saakashvili wrote on Facebook on January 5.

Will Ukraine extradite Saakashvili to Georgia? It is obvious that the extradition of the former President of Georgia Mikheil Saakashvili depends solely on the decision of Ukrainian authorities. The Office of the Prosecutor General of Ukraine fails to provide an exhaustive explanation to that stating: “In accordance with the European Convention on Extradition, extradition of a person is performed in case the crime he/she committed foresees not less than a year in prison according to the legislation of the party that requests the extradition to be made.” The Office of the Prosecutor General adds that the extradition check is still ongoing. The conclusion made upon the results of the check will be passed to the Ministry of Justice of Ukraine. The agency will make the final decision.

For whom the bell tolls: a tragedy in Zaporizhia mirrors the conflict of orthodox churches in Ukraine

In Zaporizhia, a priest of an orthodox church belonging to the Moscow Patriarchate refused to hold the funeral rites for a tragically killed two-year-old child. In the evening on December 31, a man committed suicide by jumping off a window of an apartment block and in a tragic coincidence fell on a two-year-old child. 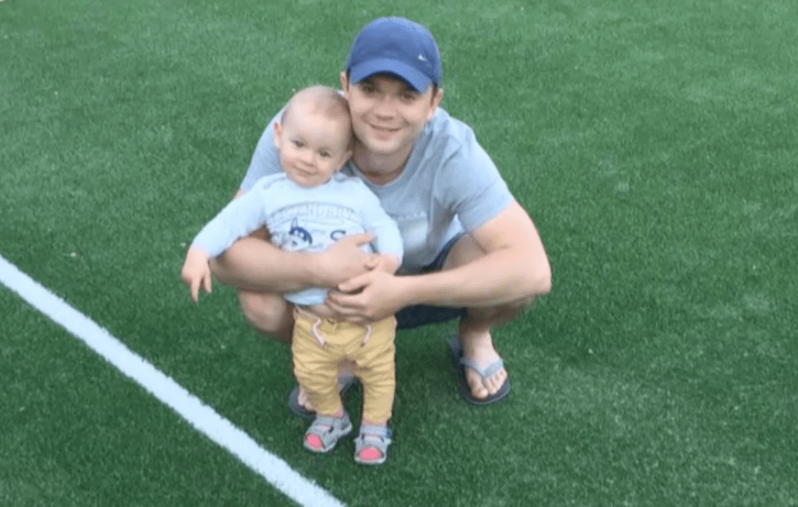 What happened at the funeral. Father of the deceased kid Roman Polishchuk told the media that at the funeral the priest of a Moscow Patriarchate church learnt that the child was baptized in a church belonging to the Kyiv Patriarchate and flatly refused to hold the funeral rites as the “child was not baptized and the church [of Kyiv Patriarchate] is of the imposters”. The parents decided to take the body of the child to the nearest church named after Ioann Kronshtadtsky, but they were refused the final rites for the same reason there. According to the child’s father, the priests simply closed the doors in front of them and asked them to leave the church territory. In the end, the final rites for the child were held by a priest who came down from the church of Saint Nicholas of the Kyiv Patriarchate where the child had been baptized.

Religion and politics. Russia’s war on Ukraine has again made believers and clergy choose between Kyiv and Moscow. According to the report by the Center for Civil Liberties “When God becomes a weapon”, representatives of the Moscow Patriarchate were many times seen helping the Russia-backed militants in Donbas. In the occupied territories Moscow Patriarchate churches are the only ones recognized, other confessions are being subject to repressions and threats.

Which church Ukrainians identify themselves with. According to the opinion poll held by the Rating group in 2016, 32 percent of the interviewed Ukrainians identify themselves as parishioners of the Ukrainian Orthodox Church of the Kyiv Patriarchate, 27 percent as those of the Moscow Patriarchate. Nine percent call themselves Greek Catholics, one percent – Catholics, less than one percent – Protestants. Twenty-four percent claim to be believers but do not associate themselves with either of the confessions, four percent are atheists. As per another poll, that by TNS MMI, about 56 percent of Ukrainians say they are believers. Sixty percent of the interviewed said they are parishioners of the Kyiv Patriarchate, 24 percent – of the Moscow Patriarchate.

The reaction of the society: “Bring a doll” action. Following the tragic event in Zaporizhia, local blogger Yuriy Hudymenko started an action “Bring a doll” #принеси_ляльку. He called to bring toys to the walls of the Moscow Patriarchate churches. People were bringing children’s toys and placards saying “The child was innocent”. In such a way, the action participants protested against the position of the Moscow Patriarchate over the situation. 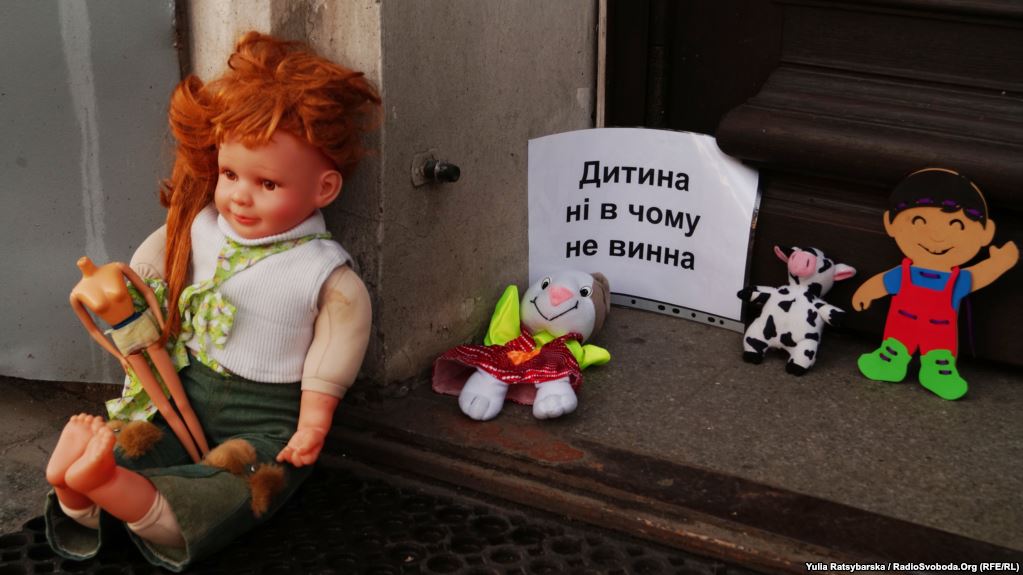