Russia-backed militants did not decrease the intensity of the attacks in the combat zone, yet they shifted their focus to Donetsk sector yesterday. 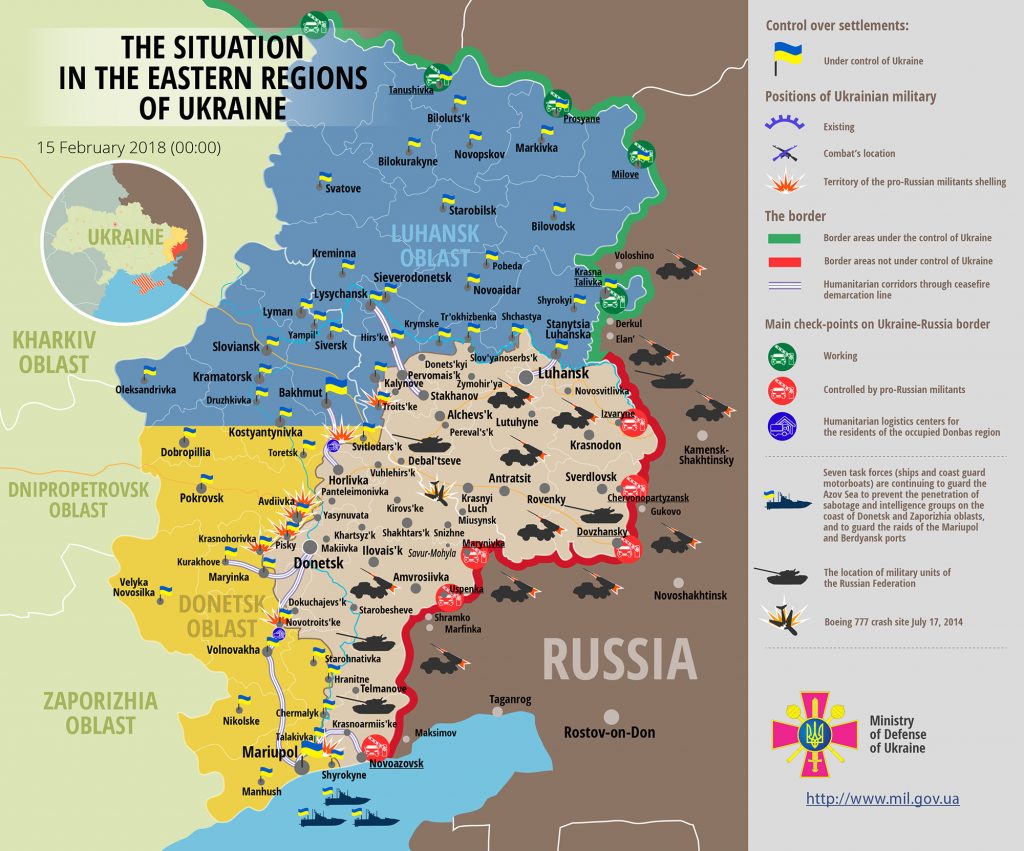 Unfortunately, four Ukrainian troops were wounded in action over the last day. “As reported by the ATO Staff, the Military law enforcement service of the Ukrainian Armed Forces and the National Police are investigating deaths of four servicemen from a naval infantry brigade. This is all the information we have about the incident at the moment,” the ATO spokesperson said.

Report on the military developments as of February 14 is available here. Interactive data on the shelling: chronology shelling chart and the interactive map.