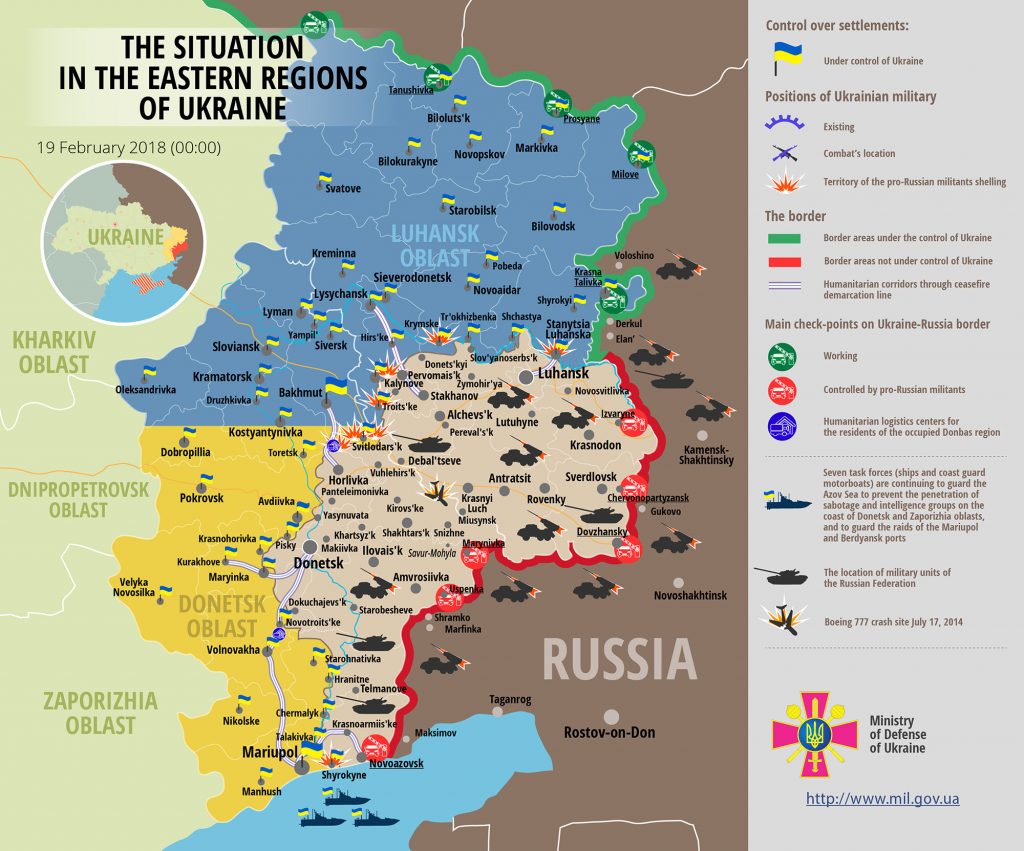 In Donetsk sector, Russian proxies violated the ceasefire once, firing fifteen 120-mm mortar rounds in Shyrokyne. The attack started at about 15:30 and continued for an hour.