Russian proxies decreased the intensity of hostilities in eastern Ukraine and committed a total of four ceasefire violations yesterday. “All the attacks took place in Luhansk sector,” reported Col. Maksym Prauta, Ministry of Defense of Ukraine spokesperson on ATO-related issues at a press briefing at Ukraine Crisis Media Center. 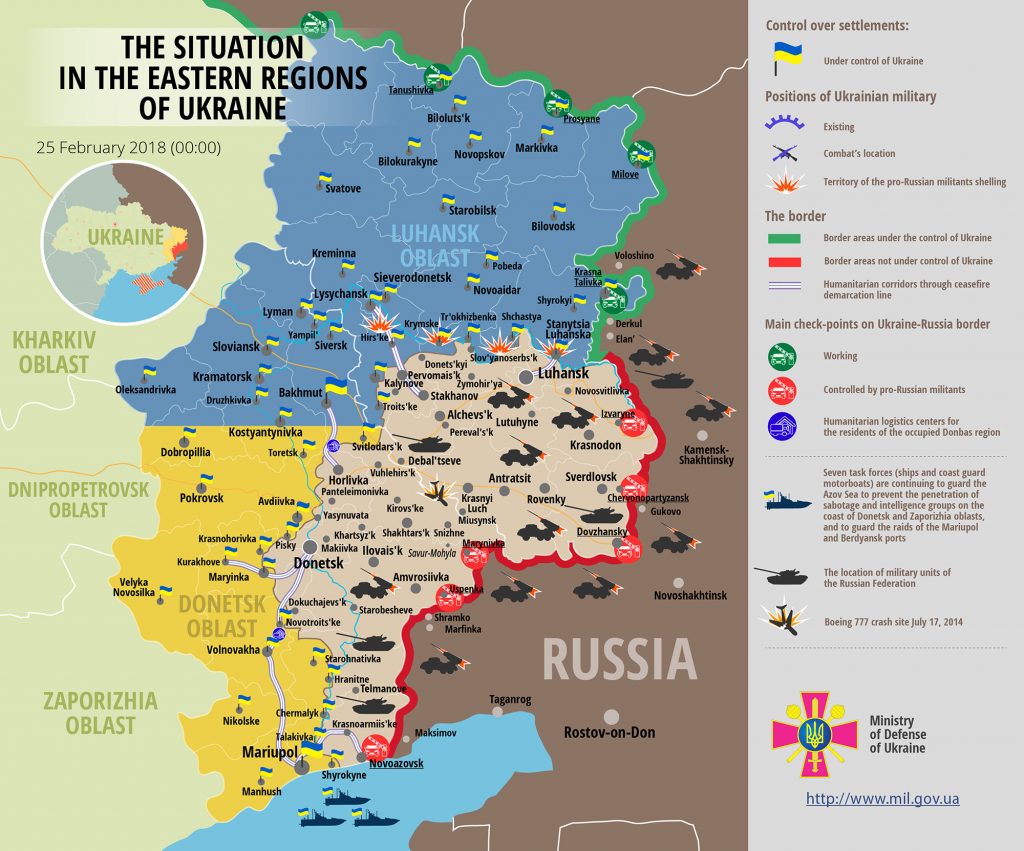 “The ATO press center reports that a part of Luhanske residential quarters in Donetsk sector was cut off the power supply, and three civilian houses were damaged resulting from the hostile fire. Fortunately, no civilian losses were reported”, the ATO spokesperson added.