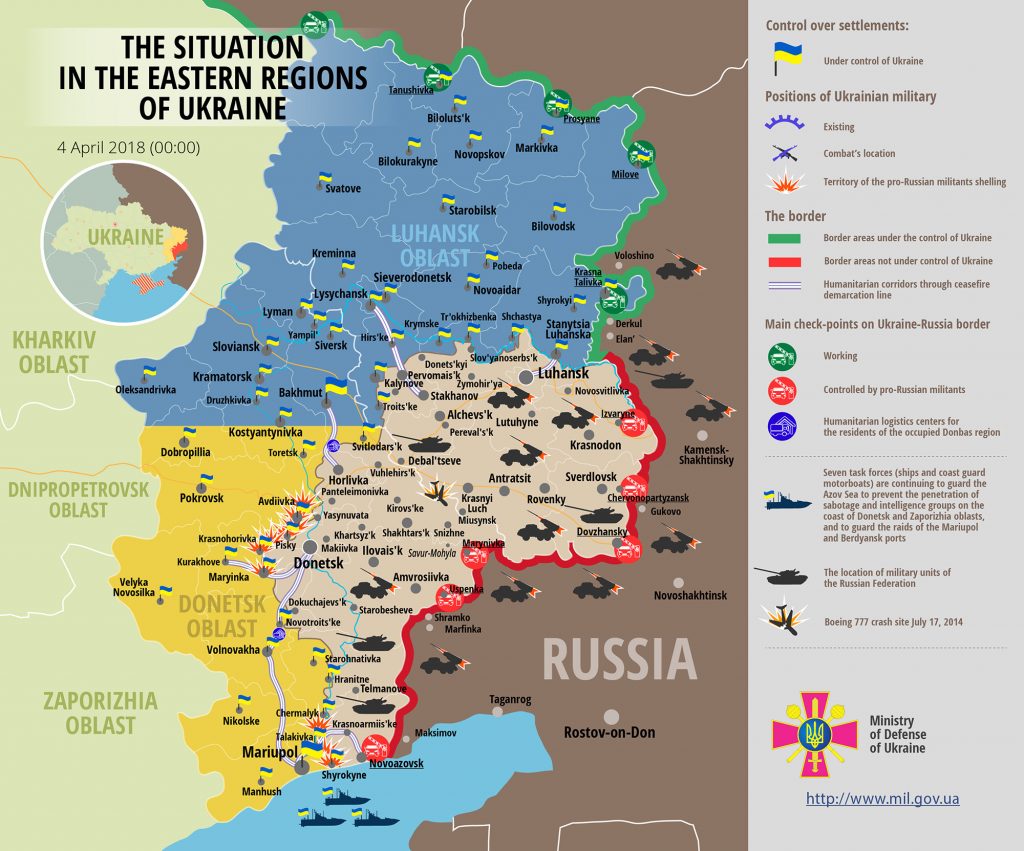 In Luhansk sector, Russian proxies made two precision attacks.“At about 02:00, militants attacked Ukrainian troops near Novooleksandrivka with mounted automatic grenade launchers. They also fire ten 82-mm mortar rounds at the Ukrainian troops outside Luhanske, the attack started at 9:30 and continued for a half of an hour,” Colonel Hutsulyak elaborated.

Unfortunately, one Ukrainian serviceman was wounded in action.

Report on the military developments as of April 3 is available here. Interactive data on the shelling: chronology shelling chart and the interactive map.