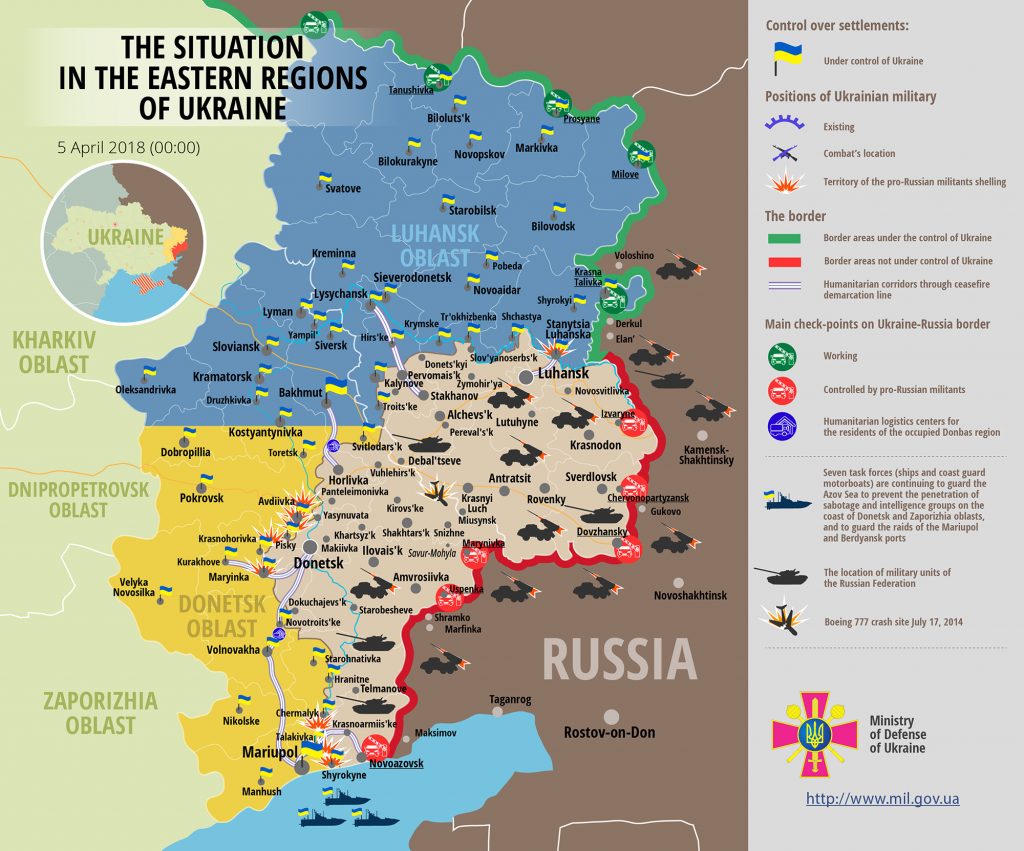 In Luhansk sector, militants made a series of 10-minute small arms attacks near Donets and Stanytsia Luhanska.

Report on the military developments as of April 4 is available here. Interactive data on the shelling: chronology shelling chart and the interactive map.