Over the last day, Russia-backed militants shelled the residential areas of Avdiivka, a frontline town in Donetsk region. “Mortar rounds hit a residential house and a shed on Lermontova street. Luckily, there were no civilian casualties,” reported Ministry of Defense spokesman Colonel Dmytro Hutsulyak at a press briefing at Ukraine Crisis Media Center. 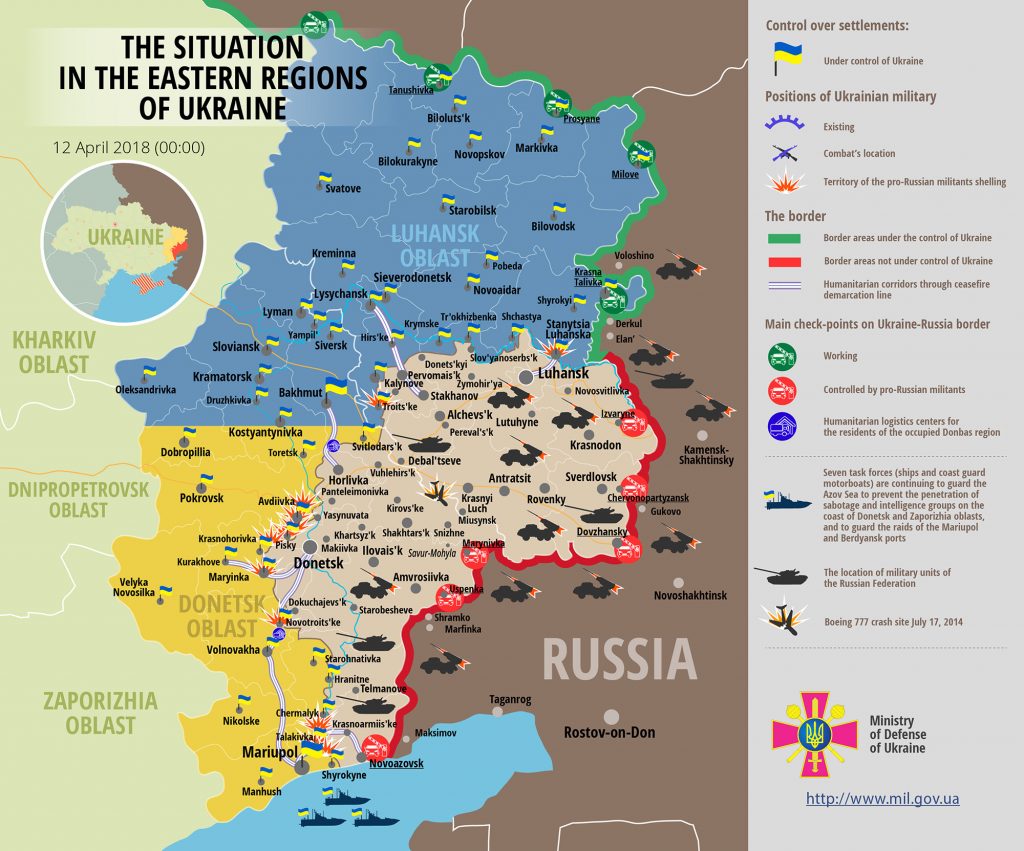 In Donetsk sector, Russia-backed militants made 36 attacks, mostly near Avdiivka and Vodiane. Militants fired forty-three 120-mm mortar rounds near Pisky and Shakhta Butovka. Outside Kamianka militants were attacking the Ukrainian positions with a tank cannon for an hour having made a total of 16 shots.

Report on the military developments as of April 11 is available here. Interactive data on the shelling: chronology shelling chart and the interactive map.