The situation in Eastern Ukraine escalated yesterday. 73 precise attacks of militants were recorded on May 12. Russian proxies carried out 31 artillery rounds of 122 mm caliber and released about 140 mortar rounds of 120 and 82 mm caliber. Since midnight on May 13, militants have already committed 12 attacks. One Ukrainian soldier was killed in action, six were injured. The Ukrainian troops returned fire 40 times, reported Col. Dmytro Hutsulyak, Ministry of Defense of Ukraine spokesperson, at a press briefing at Ukraine Crisis Media Center. 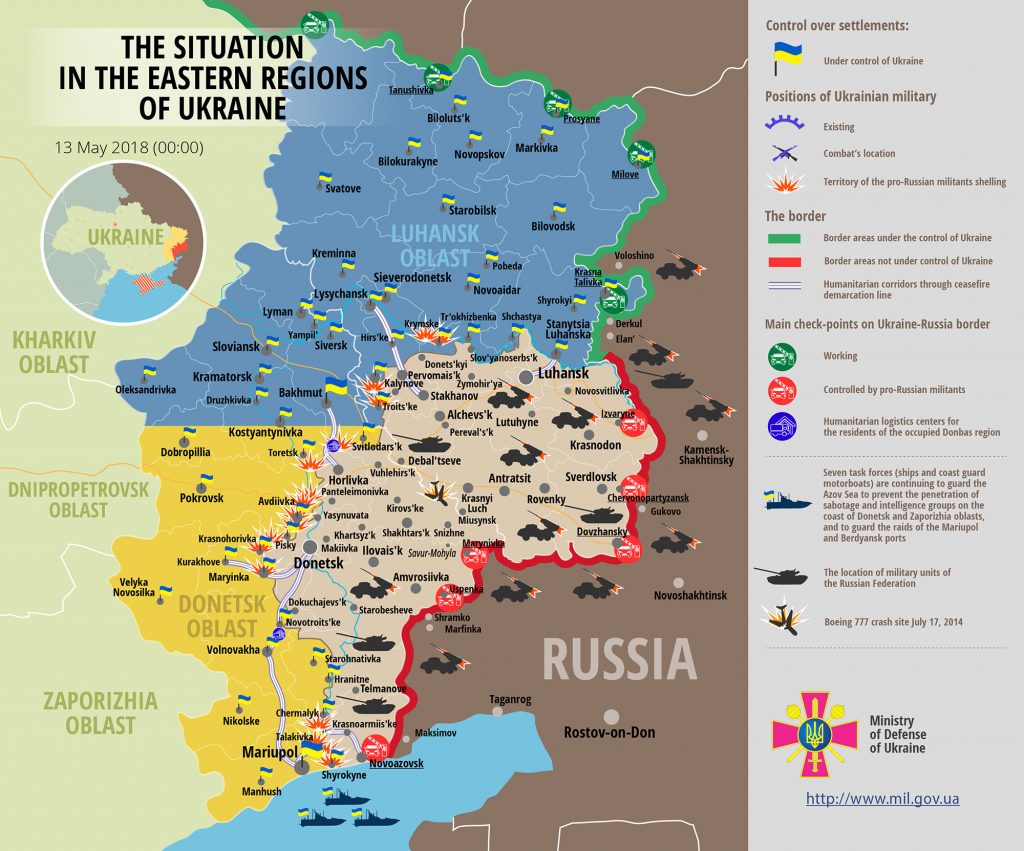 Right after the midnight on May 13, Russia-backed militants fired 40 mortar rounds of 82 mm caliber on Ukrainian troops in Novhorodske. At 05.00 a.m. they started a long firing on Svetlodarsk using artillery of 122 mm caliber, and mortars of various calibers.

Report on the military developments as of May 12 is available here. Interactive data on the shelling: chronology shelling chart and the interactive map.