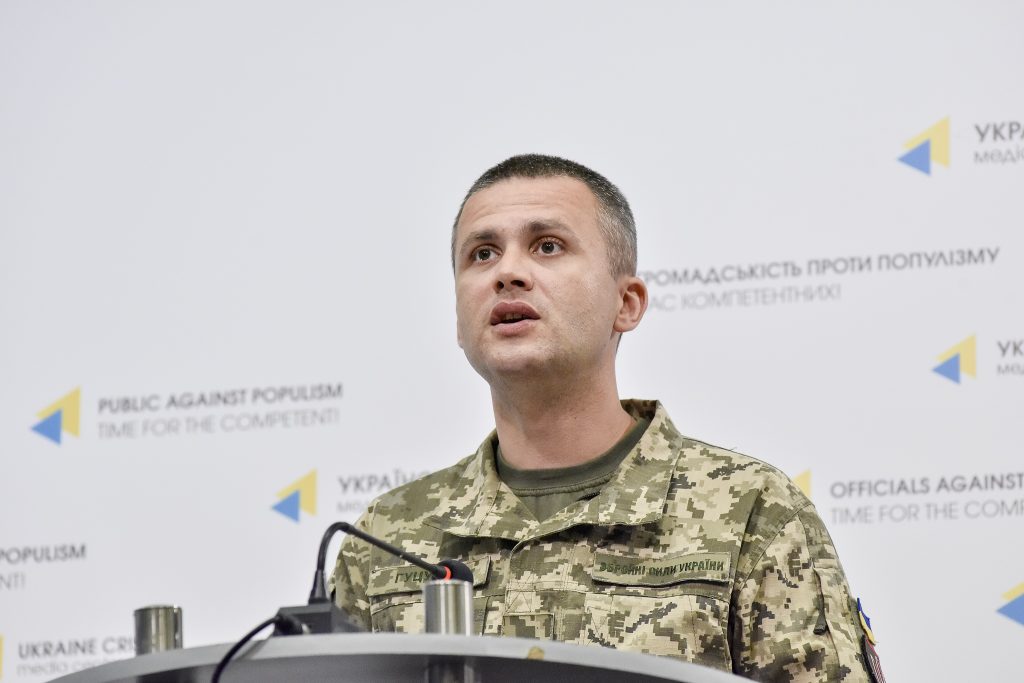 The situation in the combat zone in eastern Ukraine remains unchanged. Russia-backed militants maintain the previous intensity of hostilities and keep using Minsk-proscribed weapons including tube artillery. Over the last day, militants made 45 attacks, reported Ministry of Defense spokesman Colonel Dmytro Hutsulyak at a briefing at the Ministry of Defense press center.

Ukrainian troops returned fire 25 times using the weapons not proscribed under the Minsk agreements. Unfortunately, one Ukrainian serviceman was killed in action over the last day, two more troops were wounded. 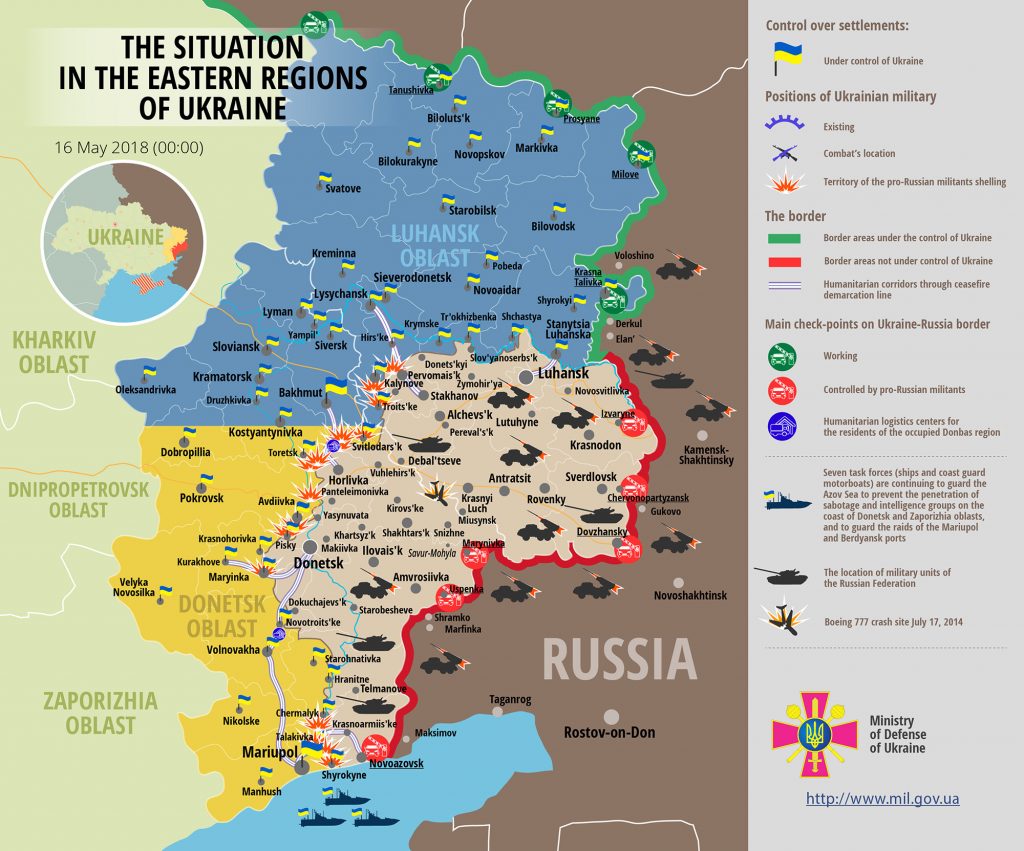 “At about 06:00 on May 15, Russia-backed militants shelled Novhorodske with 82-mm mortars damaging two residential houses. Luckily, there were no civilian casualties,” Colonel Hutsulyak said. “The fire was conducted from Zalizna Balka located in the temporarily uncontrolled area,” he added.

According to the Joint Forces’ press center, one of the units of Ukrainian troops deployed outside Maryinka made a raid to the militants’ rear at night. Following a brief engagement, Ukrainian troops seized three mortars which are to be moved to a Minsk-designated withdrawal site where the weapons will be examined. Joint Forces incurred no losses in course of the above operation.

Report on the military developments as of May 15 is available here. Interactive data on the shelling: chronology shelling chart and the interactive map.