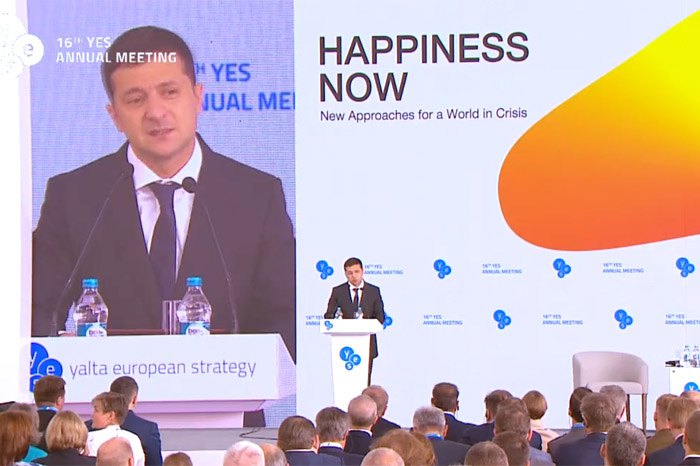 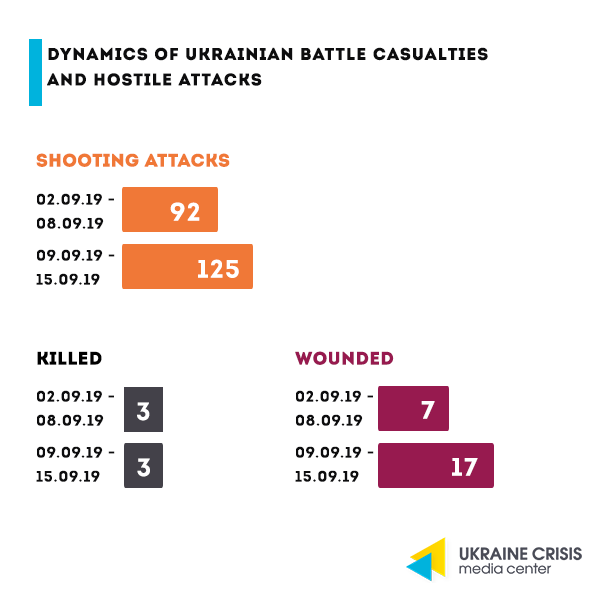 The “Steinmeier formula”: possible scenarios for the Normandy-format meeting 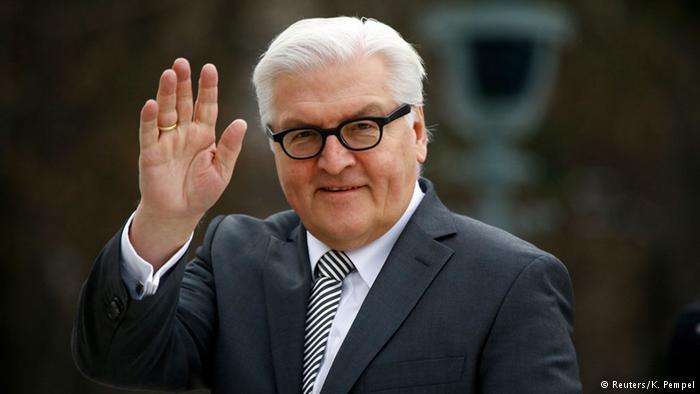 In late August 2019 the Foreign Affairs Minister of the Russian Federation Sergei Lavrov said one of the preconditions to holding a high-level meeting of the Normandy Four is “the need to put down on paper the formula by the former chief of the German Foreign Affairs Ministry and the actual President of Germany Frank-Walter Steinmeier.” President Volodymyr Zelenskyi announced that the “Steinmeier formula” will be discussed by the state leaders during the Normandy Four meeting.

Miroslav Lajčák, the OSCE Chairperson-in-Office and the Slovak Minister of Foreign and European Affairs, said Ukraine should use the so-called “Steinmeier’s plan” to have the Minsk agreements implemented.

Last week Ukraine’s Foreign Affairs Minister Vadym Prystaiko made a sensational statement in which he mentioned that the “Steinmeier formula” was endorsed in times of Poroshenko’s presidency. We look at what the concept puts forward, what Russia’s intent for the upcoming meeting is and what Ukraine’s stance should be.

What did the Foreign Affairs Minister say? On the sidelines of the 16th Yalta European Strategy (YES) Annual Meeting Ukraine’s Foreign Affairs Minister Vadym Prystaiko in a comment to “Interfax Ukraine” said that the Ukrainian authorities would like to hold local elections all across the country including in the temporarily uncontrolled areas in Donbas. Next local elections in Ukraine are scheduled for 2020, elections in the occupied territory are mentioned in the Minsk agreements. Will it help return the occupied part of Donbas quicker? In what way and on what conditions can it happen? How can elections be held when the territories in question are beyond the government control?

At the same time, Kostyantyn Yeliseyev, participant of the Normandy format negotiations and President Poroshenko’s diplomatic advisor, says Ukraine never agreed to the Steinmeier formula in 2014-2019. “As a former participant of the Normandy-format negotiations at the level of diplomatic advisors I would like to emphasize: Ukraine never agreed and it could not agree to the Steinmeier formula,” Yeliseyev told “Yevropeiska Pravda” (European Pravda).

What the “Steinmeier formula” is about? The concept suggested by Steinmeier in 2015 is neither a roadmap for implementation of the Minsk agreements, nor a de-escalation plan, Ukraine’s former Foreign Affairs Minister Pavlo Klimkin is convinced. It concerns just one paragraph of the Minsk agreements – the so-called “special status” – local self-government system in the uncontrolled areas in Donbas.

The formula was designed to answer the question when and on what conditions the “special status” should be granted to the uncontrolled areas. It can be boiled down to the phrase: “special status comes through honest and democratic elections according to the OSCE standards”. These standards suggest that elections cannot be held in the presence of foreign troops and mercenaries, also security guarantees are required.

Will the Constitution be amended? Foreign Affairs Minister Prystaiko emphasized that no amendments on the “special status” of Donbas will be introduced to the Constitution of Ukraine, instead decentralization will be suggested for development of the areas that are currently occupied, same as anywhere else in Ukraine.

Position of President Zelenskyi. The President of Ukraine Volodymyr Zelenskyi emphasized that local elections in Donbas can be held only after Russian troops are withdrawn, they should be held in accordance with Ukrainian legislation.

What are the risks behind the implementation of the Steinmeier formula? Despite the optimism and expectations that the new Ukrainian authorities have for the upcoming meeting, the risks are clear. “It is becoming clear that Russia is making active attempts to (…) make Ukraine accept the Russian vision of the peace deal – Ukraine gives political commitments in exchange for Moscow’s security guarantees. The true price of these guarantees does not need explanation,” said Kostyantyn Yeliseyev, diplomatic advisor to former President Poroshenko.

Former Foreign Affairs Minister Klimkin warns against the standards for holding elections: “The Russian Federation will also make each and every effort to blur the notion of OSCE election standards – it will be advocating that among them there are absolutely important ones and the ones that are ‘less important’ etc. Surely what’s key is how to create security conditions there for free and democratic elections.”

Comment by the US Special Representative for Ukraine Negotiations Kurt Volker. Volker reconfirmed that international partners will not be pushing Ukraine to holding elections in the occupied areas in Donbas while the Russia-controlled forces are staying there. The US Special Representative said that he does not see the scenario of Ukraine being pushed to have elections when its territory is still occupied. Implementation of the Steinmeier formula is only possible after the elections happen, he added.

The US diplomat said that to have the Steinmeier formula implemented, Russia needs to withdraw its troops in the first place. In addition to that illegal armed groups of Russia’s proxies need to be disarmed and stability in the region needs to be restored.

Volker said that the Steinmeier formula starts with elections and that the situation in which free elections are possible needs to be achieved first. Commenting on the possible lifting of sanctions on Russia the US Special Representative for Ukraine Negotiations reassured that the sanctions introduced as a response to the Crimea occupation will stay as long as Russia continues to occupy the peninsula.

He noted that if Russia starts adhering to the Minsk agreements, the US will be considering softening of respective sanctions.

Deconstructing Disinformation: What the President of Finland Said and Didn’t Say About Sanctions 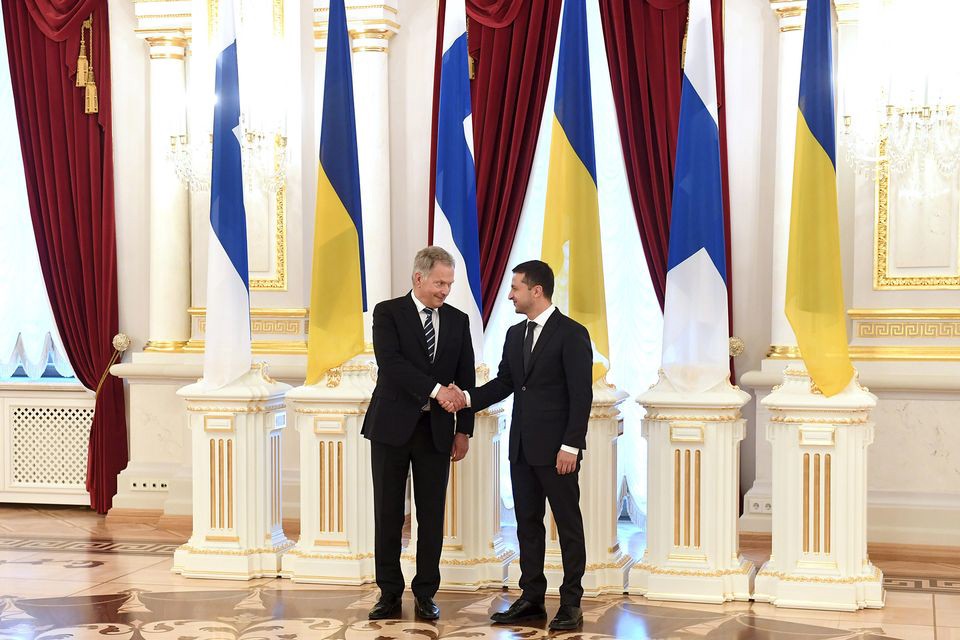 Recent visit of Sauli Niinistö, President of the Republic of Finland, to Ukraine received wide media coverage in both countries — but also in Russia. The latter is not surprising, considering the obsession Russian media has with foreign affairs and Ukraine specifically, to which around 1/3 of all information on the top government-controlled channels is dedicated [1]. News, numerous political talk shows and even self-claimed documentary projects choose to meticulously follow all the developments in Kyiv at the cost of focusing on internal socio-political process in Russia. It is a conscious choice made for the sake of old but effective strategy to divert public opinion from the local struggles that have only been growing in numbers and scale. Read more >>>