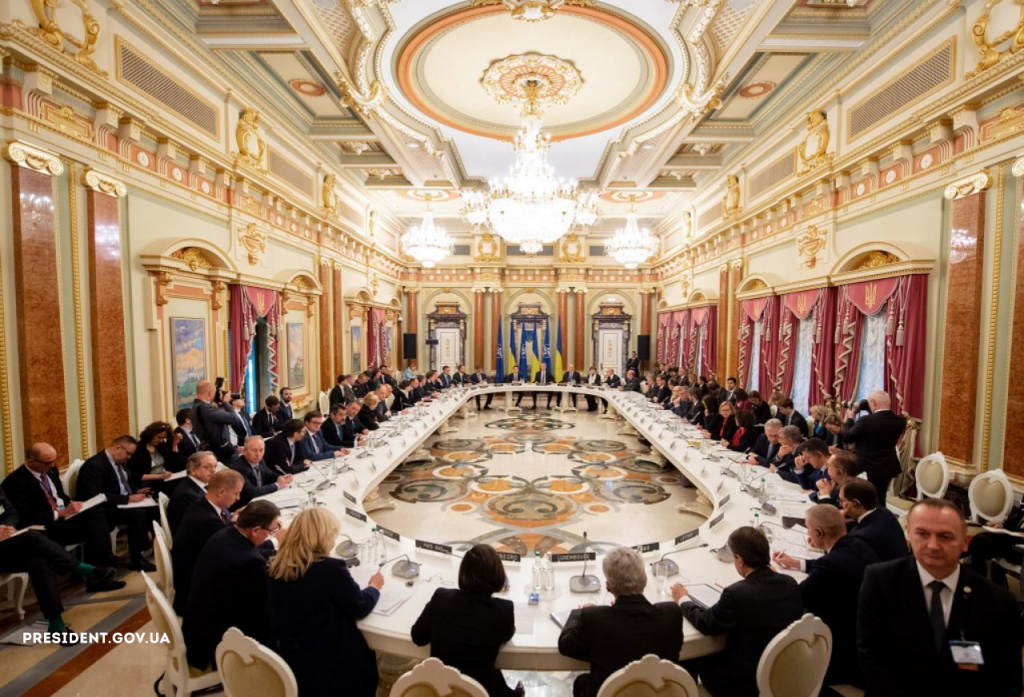 On October 31, the NATO-Ukraine Commission met in Kyiv in the presence of the NATO Secretary General Jens Stoltenberg and the President of Ukraine Volodymyr Zelenskyi. International and national media closely followed the story, so did we. We look into the main statements by the NATO Secretary General and the President of Ukraine and give a brief summary of the joint statement by the NATO-Ukraine Commission released shortly after the meeting.

The NATO-Ukraine Commission that met in Kyiv on October 31 released a joint statement. The document stipulates the urge to end the war in Donbas, return the territory under Ukraine’s control as well as bring the annexed Crimea back to Ukraine. It also contains the paragraphs that regard the Hungary-Ukraine conflict over the language clause in the law of Ukraine on education. The dispute between the two states over certain provisions of the law started a few years ago.

Statement by the NATO-Ukraine Commission

Release of the statement is a success in the Commission’s visit to Ukraine, as the joint statement by the NATO-Ukraine Commission could have not been made. Earlier Hungary vetoed the document requesting to add the demands for Ukraine that concern the changes to the law on education. At the last minute the Ukrainian side accepted Hungary’s amendments to the document, so Budapest recalled the veto, said Péter Szijjártó, Foreign Affairs Minister of Hungary.

The Hungarian issue. ThestatementmentionstheUkrainian-Hungariandisputetwice. Thus, NATO Allies call on Ukraine to implement the recommendations by the Venice Commission for the law on education, Ukraine committed to do that.

Respect to the rights of the national minorities is also mentioned in the document: “The success of these reforms, including combatting corruption, will be crucial in laying the groundwork for a prosperous and peaceful Ukraine firmly anchored among European democracies committed to common values, respect for human rights, minorities and the rule of law.”

In his address President Zelenskyi reassured the Allies that Ukraine will implement all the recommendations by the Venice Commission as to the Law on education. “The Ukrainian side has already implemented six of the seven recommendations,” emphasized Zelenskyi.

Statements by the President of Ukraine Zelenskyi

Ukraine is NATO’s security supplier. Zelenskyi stated that Ukraine is actually located on the south-eastern flank of the Alliance and is an integral part of the Euro-Atlantic security space where it “is not just consuming but has been also supplying security for many years.”

The Black Sea package. President Zelenskyi said that the Ukrainian side counts on NATO’s support to Ukraine’s proposals on practical steps for implementation of the Black Sea package endorsed by NATO in April 2019. “We need to jointly reinforce the capacities of the Ukrainian Naval Forces in this region that is important to us,” the President said. He added that Ukraine intensifies cooperation with the Aliance regarding counteraction to hybrid threats, in this context join training will be held in the Black Sea as the key event.

Zelenskyi said Ukraine and NATO will continue to jointly strengthen security and stability in the Black Sea region. “We will be enhancing information exchange, developing communication lines and intensifying joint training events,” the President said.

Speeding up preparations to NATO membership. President Zelenskyi said that NATO’s consolidated assistance package to Ukraine is a “success story”. He added that Ukraine is ready to speed up preparations to NATO membership and is not excluding the possibility of Ukraine joining the NATO Membership Action Plan. He reassured that Ukraine is ready to prove by practical deeds that this format of relations with NATO is well-deserved.

Statements on the situation in Donbas. President Zelenskyi emphasized that if everything is safe in Petrivske, disengagement of troops will start there as well on November 4. He also said that he has no doubts that the meeting in the Normandy format will happen “if all sides intend and want to meet.”

Nord Stream 2. Zelenskyi also emphasized that construction of the Nord Stream 2 that Denmark gave the green light to on October 30 bolsters Russia and weakens Europe. He said, he himself and the government of Ukraine are ready to accept Denmark’s decision. 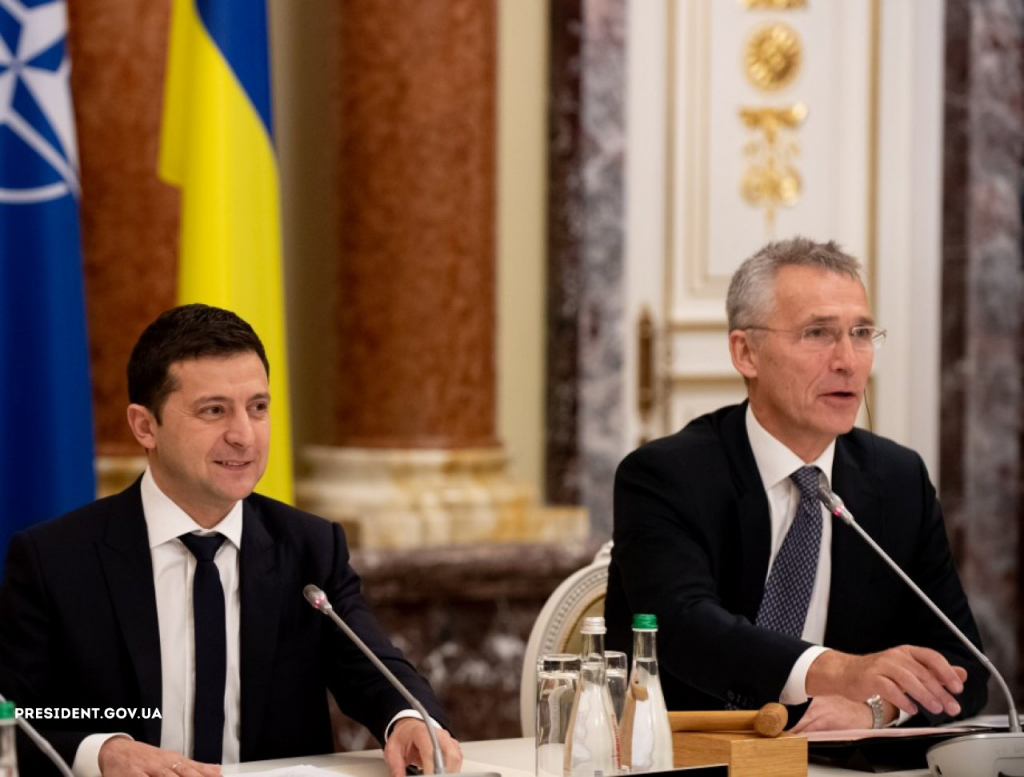 Ukraine as a partner. NATO Secretary General reminded that Ukrainian military have been taking part in NATO missions around the world – from a training mission in Afghanistan to deploying a heavy engineering unit to Kosovo. Ukraine contributes to the NATO Response Force and is preparing to contribute to NATO’s training mission in Iraq. Stoltenberg reassured that NATO highly appreciates its partnership with Ukraine.

Crimea. Secretary General said that NATO does not accept Russia’s illegal and illegitimate annexation of Crimea. He also said that all Alliance members are united in condemning Russia’s actions.

Minsk Protocol and the conflict in Donbas. Stoltenberg said that NATO expects that Russia will be adhering to its commitments under the Minsk agreements and that NATO supports President Zelenskyi’s efforts for the peaceful settlement of the conflict.

Stoltenberg added that the Allies welcome the progress in Stanytsia Luhanska as well as on other sites where disengagement of troops is taking place.

Black Sea: NATO’s increased support. The Secretary General said the Allies call on Russia to return to Ukraine the ships it ceased last week as well as provide free access to Ukrainian ports in the Azov Sea.

He also said that NATO steps up its support to the Ukrainian Navy in the Black Sea region with greater information sharing, port visits and exercises. He said 29 members of the North Atlantic Council visited four NATO ships in the port of Odesa on the day before.

NATO’s assistance through trust funds. Secretary General said that at the meeting of the NATO-Ukraine Commission NATO’s Comprehensive Assistance Package to Ukraine through trust funds was revised. He also reminded that NATO Allies disbursed over EUR 40 million to support Ukraine in improving command and control, cyber defense and medical rehabilitation.