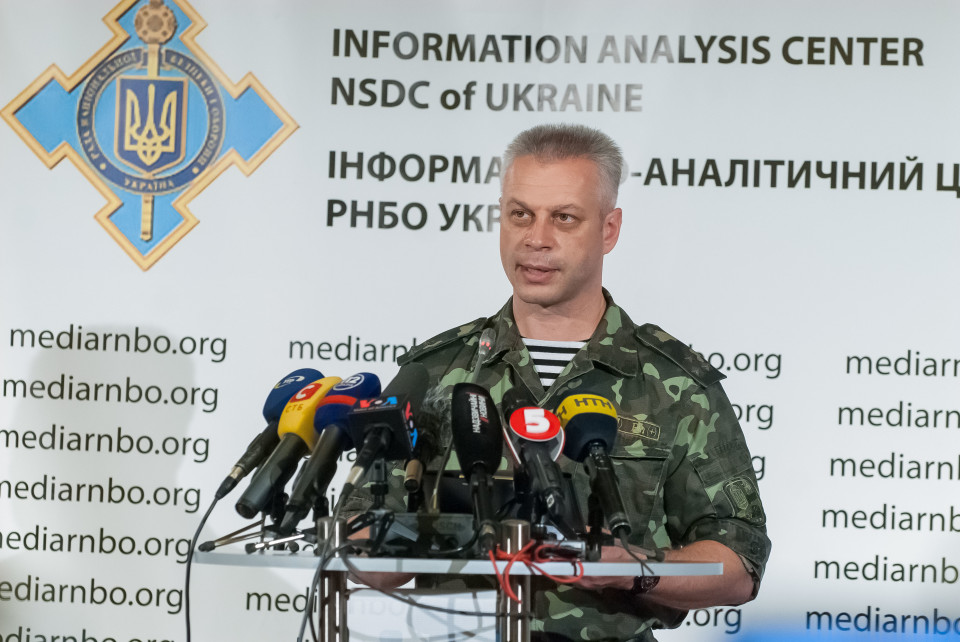 The NSDC spokesman reported that the units of the Armed Forces of Ukraine and other Ukrainian military units strictly maintain the ceasefire regime. Nevertheless, terrorists continue to instigate the armed standoff – for the past 24 hours terrorists fired at the checkpoints and positions of Ukrainian military near Donetsk city airport, near Nyzhnya Krynka, Mar’yinka, Petrovske, Novoselivka, Majorske, Zhdanivka, Novotroitske, Krasnohorivka, Bohdanivka, Maloorlivka, Yasynuvata, Avdiyivka, Pisky, Tonenke, Debaltseve (Donetsk region) and Chornukhine, Mius, Tsentralnyi (Luhansk region). Colonel emphasized that the units of Anti Terrorist Operation only fire back, in case of a clear attack of their positions and checkpoints. According to the official report terrorists lost 3 tanks and 12 military men for the past 24 hours. Additionally, terrorists enhanced reconaissance operations around Mariupol. The situation in the city remains steady; Ukrainian servicemen control the situation in the city and on its outskirts.

NSDC spokesman reported, that the workers of Ukrainian Railway Service are activelly engaged in the rehabilitation of infrastructure on the territories, liberated from the insurgents, namely in Slovyansk and Krasnyi Lyman. The railway connection for electric trains between Slovyansk and Dubovo has been reestablished; maintenance works are taking place near Slavokurort train station.

When commenting on the situation in the cities of the Donbas region, Andriy Lysenko noted that currently the situation in Luhansk is relatively calm; however it is still not possible to reestablish the water and electricity supply for the city. In the meantime, the National headquarters of city defense started its operation in Severodonetsk, Luhansk region. It is expected that a part of its members will join one of the military battalions, while the rest will stay in the city, strengthening the defense facilities and patrolling the city. NSDC spokesman also told that the special purpose group was created within the National Guard. Its goal is to coordinate the actions on freeing the hostages, search and rescue of the lost servicemen. The group may be contacted at 044-226-22-52. Also, within the Security Service of Ukraine operates a coordination center, which is focused on liberating the hostages, search and rescue of the lost soldiers. Andriy Lysenko reported that for the past 24 hours, 36 hostages were liberated within the Poroshenko peace plan.