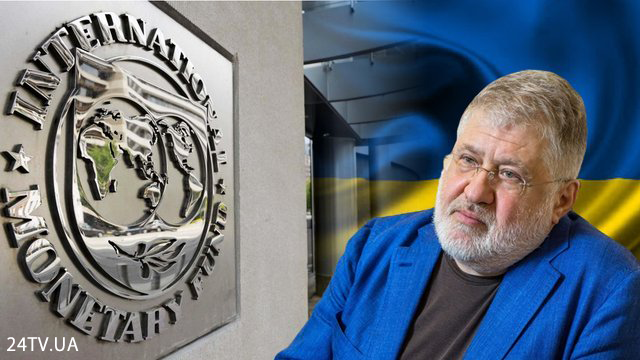 The Parliament of Ukraine passed the banking bill in the second and final reading that is often referred to as the “anti-Kolomoyskyi” law. Under the law, the return of nationalized banks to former owners is not possible. Adoption of the law is what the IMF demanded from Ukraine to restart its support. On May 13, 2020 the bill was passed by 270 votes, it has not been signed by the President yet. What does it actually mean? What’s next? UCMC looks for an explanation.

How the law was passed? The story of adoption of the “anti-Kolomoyskyi” law started in late 2019.

The International Monetary Fund (IMF) requested that the law is passed already in 2018, when the previous credit program was being agreed with Ukraine. Back then Ukraine did not act on the request, so the IMF repeated it to have a new credit program started.

The bill passed the first reading on March 30, 2020 coinciding with the start of a global economic crisis caused by the coronavirus pandemic that made the Ukrainian government urgently look for extra funding to cover the budget deficit. The MPs shortened the term foreseen for submission of amendments to the draft law to avoid protraction of the second reading.

When processing the numerous amendments, computers at the Verkhovna Rada (the Parliament) kept failing, as the work with text documents of such scales was unprecedented.

In order to avoid the situation when the Parliament would have to consider thousands of amendments in the second reading, MPs had to pass the law that amended Rada’s working procedures allowing to refrain from considering all the 16 thousand amendments. The law was dubbed “on countering the amendment spam”.

What does the law regulate? Technical aspects of the law. The law guarantees irreversibility of bank resolution. In case a court rules the National Bank’s decision to resolve a bank illegal, the ongoing insolvency or liquidation procedure should not be stopped. So, asset sales as well as settlement with the bank’s depositors and creditors can continue. The law actually removes the legislation gaps that courts used to utilize as grounds to reanimate resolved insolvent banks. Authority of courts to bring banks back to life is limited in many countries including in the EU member states.

Second, the law changes the procedure of appealing decisions of the National Bank and other state agencies during bank resolution. Courts should not act as a substitute for the National Bank. Instead they need to be able to consider legality of a decision but should not doubt calculations, assessment and conclusions of the regulators.

Third, the law clearly stipulates the preconditions and procedure for former owners to get compensation, if the court rules the National Bank’s decision illegal. In order to ensure that compensation calculations are transparent and unbiased, the central role should be handed over to an internationally acclaimed audit firm.

Fourth, the law improves the National Bank’s decision-making procedure. The law will help identify banks’ problems in the early stages and will thus preserve their assets, resolving banks with minimum possible losses.

Fifth, the state now has more tools to nationalize banks with. The process should become much more efficient, so that the nationalized bank could start operation almost immediately.

The IMF waited for the law to be approved for about six months that passed since it preliminary agreed on the Extended Fund Facility program with Ukraine. However earlier this month the IMF has partly refused its initial intentions offering a short-term stand-by arrangement for 1,5 years instead of the eight billion dollar long-term program for three years. The institution has though promised to preserve the assistance scale granting USD five billion in 1,5 years.

By the end of 2020 the government will have received from the IMF around USD 3,5 billion. A large part of the funds can be immediately included in the budget allowing to partly cover the budget deficit of UAH 298 billion (approx. USD 11,1 billion).

Cooperation with the IMF will make it possible for Ukraine to get additional assistance from other partners including the World Bank, the European Commission, the government of Canada and Japan. The funds will go to the state budget helping Ukraine to move through the year 2020 and finance the expenditures that were planned in response to the coronavirus emergency – starting from measures to support small businesses to increase of pensions.

What does Kolomoyskyi think of the “anti-Kolomoyskyi” law? “It will postpone for a while my struggle for the return of PrivatBank, which I don’t need anyway. I just want a verdict that it was taken away from me incorrectly. If I get it back, it won’t be operational, you do understand it. Western partners will start (saying): ‘We don’t want to deal with it’ and will close down their accounts. I will not be accepted as the owner, so operations will be complicated, at least for what it takes international payments. There will be difficulties under the actual management of the National Bank as well. I cannot agree to the principle ‘let no one benefit from it’, it has 30 thousand employees. And yes, it is a child that grew up and became independent, but the attitude to it doesn’t change,” Ihor Kolomoyskyi commented to Hromadske.

What’s next? On May 13, MPs passed the “anti-Kolomoyskyi” law in the second reading by 270 votes, but a few MPs subsequently blocked the bill by their draft decrees.

During the sitting on May 19, the Verkhovna Rada will be able to reject the draft decrees that are blocking the bill from signing into law. According to the procedure, the Head of the Parliament cannot sign the bill and pass it to the President without considering the decrees.

The law will come into force after it is signed by the Head of the Parliament and the President, and is published in the official governmental bulletin.