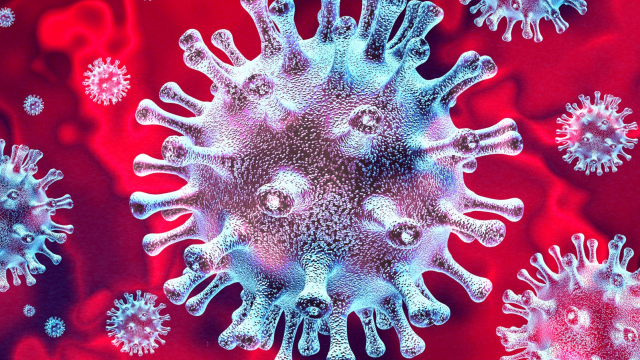 According to the document recently published by European External Action Service — an integral part of the EU and its diplomatic service, — the Kremlin has deployed a massive disinformation campaign related to COVID-19. The goal behind it, to undermine public trust into institutions and saw chaos, is the same that Moscow has been pursuing for a long time, ultimately aimed at weakening the western states it perceives as adversaries from inside. And the means to reach this end are rather elaborate: they constitute a deadly mix of conspiracy theories, manipulative messages on traditional media, spreading disinformation online and good old active measures straight from the KGB playbook.

Soon after coronavirus became a key health hazard of 2020 that quickly expanded from China, Russian media dusted off one of their favorite conspiracy theories, according to which a serious disease is, actually, an American bioweapon. Tool that originated back in the USSR with the infamous ploy to depict HIV/AIDS in such a manner came in handy many times later. For example, Ebola outbreak was called “an epidemic out of the test-tube” in a documentary that aired on Russia 1, one of the top Russian TV-channels, and narrated by Olga Skabeeva, who is among the top Kremlin propagandists — and ranked 5 in the “most-trusted journalists” category last year. The story was similar for other diseases, including but not limited to the African swine fever linked to American bioweapons by Sputnik — an outpost for spreading disinformation in Europe.

Conspiracies of the kind are relentlessly picked up not only by fringe media, but by federal channels as well, resulting in an endless list of news reports, documentaries and articles that make them new normal. The pattern is encouraged by media climate in Russia, where the Kremlin sees conspiracy as a perfect tool to lull critical thinking of the audience(which is why it so eagerly exported). They were personally blessed by Putin, who has long since scared the population into believing the Americans are out there to gather “biological materials” of Russians — to develop genetically modified bioweapons.

Under the influence of Russian narratives, Chinese media and officials started changing their rhetoric. It was picked up in other societies, where disinformation amplified existing grievances.

After Russian media started pushing the narrative that COVID-19 was a secret American attack against China, Chinese media and officials have themselves changed the rhetoric. If initially they claimed the virus originated at the seafood market in Wuhan and did not make any claims about the possibility of its artificial origin, they soon picked up the Kremlin’s messaging to undermine a common opponent — the United States.

The Chinese, however, were not the only ones to share the sentiment. In the midst of pandemic, when societies are especially prone to panic, it gained traction in America and European states. It was further supported by more covert activities aimed at highlighting the imperfections of local medical systems, strengthening the grievances related to both the disease and quarantines to limit its spread, sharpening the overall dissatisfaction with relevant state policies. The trick here was not to invent something new, but to take the existing problems and spin them just the right way, which is effective in two ways at once. First, as it is mostly a skillful manipulation instead of outright lies, it is much more difficult to accuse Moscow of destabilization. Second, the preexisting conditions make the Kremlin’s cause of failing democratic institutions much more plausible and easy to believe — and this is one of the dominant causes in a whole operation.

Institutions are in a risk group

Active measures are applied in cases like Ukraine to further destabilize the situation.

Russian media present a sharp contrast between the images of aggravated, scared Europeans and Americans on the almost empty streets and the idyllic picture of stability and effectiveness in Russia and China. While it can be said that undemocratic practices of Beijing, including closed information and attempts to cover the outbreak, hindered the progress in countering COVID-19, Moscow strongly disagrees. Chinese government has been in the Kremlin’s good graces from the very beginning. Overwhelming praise on TV-channels is a compliment from one authoritarian regime to another — and by endorsing each other they usually endorse themselves.

To strengthen the image of rock-solid leadership internally and undermine target societies within its reach at the same time, the Kremlin applies active measures. Perhaps the most vivid case is Ukraine, where the protests against evacuees from China were incited through exploitation of local fears, particularly by sending the fake letters from Ministry of Healthcare (the same way the Kremlin-linked hackers sent letters from “Ministry of Internal Affairs” before) and the similar messages on social media. The tactic was largely based on the traditionally low level of trust towards governmental institutions in Ukraine and poor communication, which allowed to further destabilize the situation and to win more ground for negotiations in Minsk.

Additionally, the situation was widely covered in explicitly negative light and served as a shocker story for internal audience, which well aligned with the overall image of Russia being the safest place. Recent news coverage of coronavirus destroying European Unity, disintegrating the EU and allegedly powerless institutions leaving the member-stated (and those who desire to join) abandoned adds to the picture — while playing out the “Horrors of Life” narrative, which constitutes 22% of all airing time regarding Europe on Russian TV.

Putin under Quarantine — in the Kremlin

COVID-related limitation measures allowed Putin to solidify his rule, choosing the most straightforward scenario to stay in power.

COVID-19 gave the Kremlin a perfect tactical opportunity to promote its goals not only abroad, by destabilizing democratic states, but also at home, by solidifying its own authoritarian rule. Operation “regime preservation” has been in its active phase since at least January, with the wide array of constitutional amendments opening different ways for Putin to stay in power. The possibilities were different, from pressure on Belarus to cave in to the Union State, which would allow Putin running as a President of a legally new entity, to leading the haphazardly strengthened State Council to which the focus shifted after it became obvious that the first option would be too risky.

Other versions were also in place, but while nobody doubted that Putin would stay in power, there was an assumption that decorum of democracy would be preserved. Putin himself claimed that he has no intention of running for another term — and he contradicted himself, just as he recognized Russian military presence in occupied Crimea saying he did not deny it after months of literal denial. In the midst of epidemic Russian State Duma passed yet another constitutional amendment (which was promptly supported by the Constitutional Court) that nullified Putin’s Presidential terms — essentially allowing him to remain President for life. Quarantine-related limitation measures opened a path for the most straightforward scenario, in which even the general vote on constitutional amendments, which was just for show to begin with due to tacking place after the parliament adopted these amendments, might be postponed— or, rather, called off.

It appears that COVID-19 is not just a health hazard, but also an information one. In this case, the symptoms are panic and chaos, the virus affects internal organs such as democratic institutions, and may cause severe complications in the regimes already weakened by authoritarian conditions.