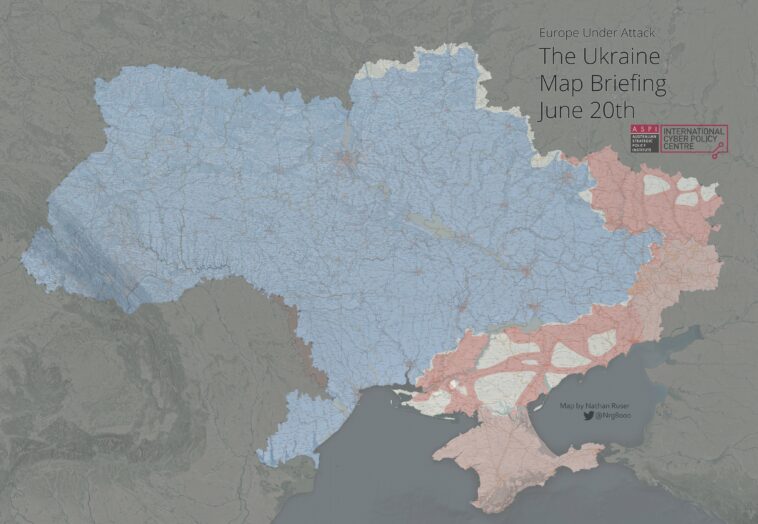 Ukraine strikes gas drilling rigs in Black Sea. The Ukrainian Armed Forces struck gas drilling rigs in the Black Sea that Russia seized from Ukraine as it occupied Crimea in 2014. Reports of the strike also came from head of Crimea’s occupation administration Sergey Aksyonov in a Telegram post.

He said five people were rescued, of which three were wounded. A search and rescue operation continues. Ukraine’s Chornomornaftogaz installed the drilling rigs in 2010 and 2012. Russia “nationalized” the company’s assets after it illegally annexed Crimea. There were more than 100 people on three drilling rigs, some of them were evacuated.

Russia will strike back at command centers in Ukraine, he added.

Ukrainian Parliament ratifies Istanbul Convention. The bill passed by a vote of 259 to eight. Ukraine signed the Istanbul Convention in 2011, but did not ratify it immediately. In 2020 and 2021, the women’s march demanded to ratify it. The Council of Europe’s Convention is the most far-reaching international treaty specifically designed to tackle violence against women and domestic violence. It sets out minimum standards for governments on prevention, protection, and prosecution of violence against women and domestic violence. As of May 2021, 33 countries ratified it, and 12 more signed it.

Ratification of the Istanbul Convention is key to granting Ukraine EU candidate status.

It was particularly important for the Netherlands and Sweden, Europeiska Pravda said. Skeptical about Ukraine’s EU perspective, the states agreed to grant the candidate status to Ukraine.

Russia enraged over Lithuania’s ban on transit of goods to Kaliningrad. On June 17, Lithuania introduced a ban on the transit of goods prohibited under sanctions across its territory to Russia’s Kaliningrad region. It does not have a land border with Russia, is washed by the Baltic Sea, and borders on Lithuania and Poland.

Lithuanian railways began a ban on the rail transit of goods subject to European Union sanctions on June 18.

Lithuania’s decision sparked hysteria in Russia. Moscow insists that an agreement between the EU and Russia from 2002 on a special area in Kaliningrad region remains in force despite the sanctions imposed in response to Russia’s full-scale invasion of Ukraine.

On June 20, the Russian Ministry of Foreign Affairs summoned the Lithuanian charge d’affaires in Moscow, Virginia Umbrasene, and gave an ultimatum. “If cargo transit between the Kaliningrad region and the rest of the Russian Federation via Lithuania is not fully restored in the near future, then Russia reserves the right to take actions to protect its national interests,” the ministry said. Also, Russia’s foreign ministry accused Lithuania of staging provocations, and demanded Lithuania immediately reverses what it cast as an “openly hostile” move.

“The European Union needs to correct the situation with the blockade of Kaliningrad, or Russia will begin to consider illegitimate Lithuania’s membership in the EU, and will have its hands free to solve the issue of transit by any means,”said Andrey Klimov, Head of the Commission of the Council of the Federation of Russia on Defence of Sovereignty.

With this episode, we’re starting a series of weekly podcasts, in which we’re making an overview of key events in or around Ukraine during the past week. This episode is focused on 13-19 June, 2022. Hosts: Volodymyr Yermolenko, a Ukrainian philosopher and journalist, chief editor of UkraineWorld.org, and Tetyana Ogarkova, scholar and journalist, in charge of international outreach of Ukraine Crisis Media Centre.

Ukraine in Flames #102: India’s position on the Russian-Ukrainian war

ndia’s position on the Russo-Ukrainian war appears to be rather ambiguous. On one hand, Russian propaganda portrays India as one of the important allies amidst international sanctions slapped against Russian Federation, as India remains among key purchasers of Russian energy resources. On the other hand, just how close the ties between both countries really are and what are the actual drivers behind New Delhi’s policy on the matter? Find out in Ukraine in Flames #102