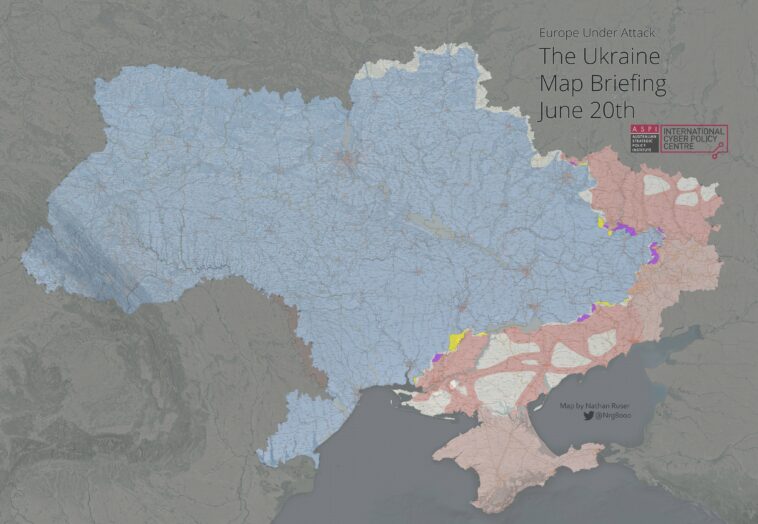 In Kharkiv region, 15 killed in one day, including a child. Fifteen people were killed and 16 were injured in Russian shelling of Kharkiv region on June 21, head of the Kharkiv regional military administration Oleh Syniehubov said.

“Fifteen people were killed and 16 wounded. These are the horrible consequences of Russia’s daytime shelling in Kharkiv region,” Syniehubov said on Telegram.

He confirmed that five people were killed and 11 wounded in Kharkiv. “An eight-year-old child was killed in Kharkiv region, her mother was wounded. Three people were killed in the Zolochiv community. These are acts of terrorism. These are crimes against humanity that must be punished,” the head of the Kharkiv regional military administration said.

The Ukrainian Armed Forces carried out a targeted strike using a variety of forces and weapons, the Operational Command Pivden (South) said on Facebook.

Luhansk region becomes flash point. Russian forces captured Pidlisne and Myrna Dolyna near Lysychansk in Luhansk region. They had partial success outside Hirske and toward Bila Hora. Ukrainian troops repelled an assault toward Vysoke, the General Staff of the Ukrainian Armed Forces said in an evening report. Russian forces captured Toshkivka in Luhansk region, head of the Severodonetsk district military administration Roman Vlasenko said. “Toshkivka is fully occupied by Russian troops. They are trying to break through our defense between Myrna Dolyna and Hirske. Yesterday they were stopped, but they continue attempts to advance,” Vlasenko said. Fighting rages in almost all of Luhansk region. The week can be decisive, and fighting can become more intense, he added.