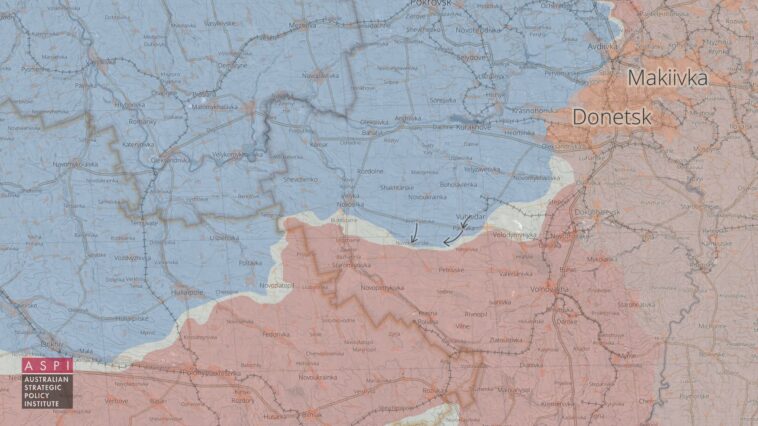 Accession negotiations as next target – reactions from Ukraine to EU candidacy. “The decision is not just for the benefit of Ukraine. That’s the biggest step toward strengthening Europe one could possible make now,” Ukrainian President Zelenskyi said in a video address to participants of the EU summit after Ukraine was granted EU candidate status.

The status cements Ukraine’s European perspective legally, Chair of the Parliamentary Committee on Integration of Ukraine to the EU Ivanna Klympush-Tsintsadze said at a press briefing at Ukraine Crisis Media Center. “By making the decision, the EU draws a civilizational line and makes it clear to barbarians that their claims to spheres of influence are repelled. Ukraine, Moldova, and Georgia belong to the European civilization,” Klympush-Tsintsadze said.

Vice Prime Minister for European and Euro-Atlantic Integration Olha Stefanishyna emphasized a number of times Ukraine’s intention to move to the phase of accession negotiations with the EU as soon as it’s possible. Ukraine works to implement the necessary changes (see Day 19 report).

“We implement reforms not because of someone’s demands, but based on our own beliefs. Ukraine wants not to accede, but to return to the European family,” President Zelenskyi said in an address to the nation as he spoke alongside the Head of the Parliament and the Prime Minister on June 24.

In late 2022, the European Commission will assess Ukraine’s progress in seven reform blocks. The Ukrainian government asserts intention to move down the European integration path quickly. “Without waiting for assessment by the European Commission in autumn, we will expand cooperation mechanisms with the European Union,” Deputy Minister of Economic Development, Trade, and Agriculture Taras Kachka said at a press briefing at Ukraine Crisis Media Center. (The video is available in English at the link).

“The energy that the Ukrainian society now has will move us from the political decision to the phase of accession negotiations with the EU in quite a short time. For us it’s a chance to reassemble the entire engine of the Ukrainian economy,” the Deputy Minister said.

Ukraine retreats from Severodoentsk. “The Ukrainian Armed Forces will have to withdraw from Severodonetsk. The defenders were ordered to retreat,” head of the Luhansk regional military administration Serhiy Hayday said on the morning of June 24. “Ukrainian troops will pull back to better fortified positions,” Hayday said. Ukraine’s Defense Ministry said it does not comment on a possible pullback of Ukrainian troops.

The loss of Severodonetsk is a loss for Ukraine in the sense that any terrain captured by Russian forces is a loss – but it will not represent a major turning point in the war, the Institute for the Study of War said in a report of June 23.

Ukraine In Flames #106 is dedicated to celebrating another category of the home front heroes – medical workers. They keep saving lives in the occupied territories, they are the first point of salvation in cities under heavy Russian fire and they also keep helping all those who still suffer due to COVID-19 and other diseases that did not just disappear. With more than 600 healthcare facilities destroyed, their work gets more dangerous day by day – yet they keep doing it nevertheless.

Kateryna Sokolova, doctor, head of the infectious department of a hospital, Dnipro