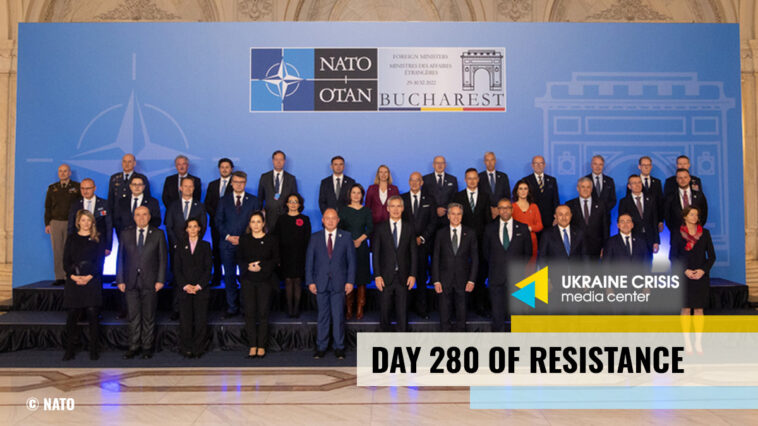 Ukraine to get more artillery, armored vehicles. No decision yet on Patriot air defenses, Ukraine’s Foreign Minister says on sidelines of NATO summit

“I cannot announce specific countries or types of weapons, but we’re talking about provision of artillery, armored vehicles (including infantry fighting vehicles BMP and BMD), and ammunition. These are the biggest assistance items. There are smaller ones too, like small arms ammunition, grenades etc.,” Kuleba was quoted as saying by Novoe Vremya. Ukraine holds talks with the U.S. and Germany to get the Patriot air defenses, he said.

“Patriot is a big story. There’s no decision yet [to provide the system to Ukraine], but we’d like to get the system that Germany offered to send to Poland. I talked about it today with the U.S. Secretary of State, and I will talk with the German Minister of Foreign Affairs tomorrow,” Kuleba said.

A NATO country is ready to dispatch the transformers that Ukraine needs, the Foreign Minister said.

Ukraine urgently needs generators and transformers to restore its energy system damaged by Russia’s missile strikes. “A fellow minister texted me literally ahead of the news conference saying that they had found transformers in stock that Ukraine needs. We began to arrange for their delivery,” Ukraine’s Foreign Minister said.

On Wednesday, November 30, the German parliament approved a resolution classifying Ukraine’s Holodomor as a genocide.

The resolution was brought to Bundestag by the parties in the governing coalition – the Social Democrats, liberal Free Democrats and Greens, and the center-right CDU/CSU opposition group.

“The whole of Ukraine was affected by hunger and repression, not just its grain-producing areas. From today’s perspective, a historical and political classification as genocide is obvious. The German Bundestag shares such a classification,” the resolution says.

The document emphasizes that the man-made famine was used to politically oppress Ukrainians. Mass deaths from starvation were not caused by poor harvest, but orchestrated by the Stalin-led Soviet regime. Holodomor is “a crime against humanity,” the resolution says.

The grain deal was extended for another 4 months but where does its future line? Senior Fellow at the Atlantic Council in Turkey Yevgeniya Gaber, Deputy Minister of Infrastructure Oleksandra Azarkhina, and First Deputy Minister of Agrarian Policy and Food of Ukraine Taras Vysotskyi discuss.