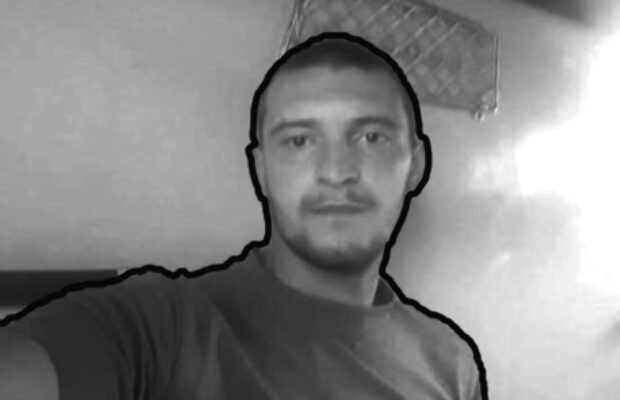 This is an adapted summary of the original article by Novynarnia

Just as in October, there was not a single day in November without shelling from the Russian forces in eastern Ukraine. During the last month, enemy has attacked Ukrainian positions at least 102 times (with 97 attacks in October). Joint Forces Operation informs that 4 soldiers were wounded as a result.

One of the Ukrainian defenders was killed. His name was Vyacheslav Minkin.

Vyacheslav would have celebrated his 31st birthday on November 25. However, instead of celebration it became a day of grief, as the soldier was killed just beforehand.

Vyacheslav Minkin was born in Kyiv in 1989, but he moved to a town of Fastiv in 2002. As his mother had died, he and his sister were raised by their grandmother.  In 2014 he actively supported Maidan, and with the start of Russian aggression in the east he joined the Armed Forces without a moment of doubt. First he served as a volunteer, and later signed a contract with AFU.

“Brave, true patriot, energetic guy, a wonderful friend; reliable, the one you can always count on” – these kind words are just an example of how Vyacheslav is remembered in 72nd separate mechanized brigade.

In 2019 his bravery was recognized with a medal.

During his years in the military, Vyacheslav got married. The couple had a son, for whom the soldier desired to grow up in a peaceful, prosperous Ukraine. Unfortunately, the child will never see his father again – on November 24, just before his birthday, Vyacheslav was killed by an enemy sniper close to Avdiivka, Donetsk oblast.

He was evacuated to the hospital, where the doctors struggled to save his life, but, in spite of all efforts, did not succeed.

Vyacheslav was buried at the Alley of Glory, Fastiv cemetery. His sister, wife and son remain behind.