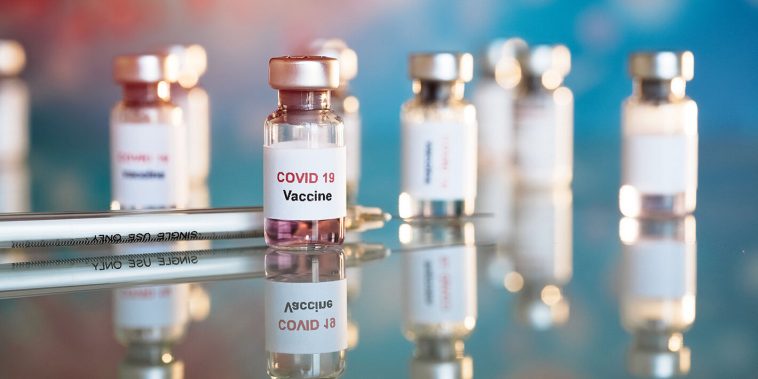 Vaccination from COVID-19 remains one of the key targets of disinformation – but not just that. It is also exploited by autocratic governments – including the Kremlin – as a tool to whitewash their image and pursue their goals on the international arena. Russian Federation is heavily pushing its Sputnik V vaccine, having adopted the aggressive rhetoric no other manufacturer applies. As Maria Zakharova, spokesperson of the Russian MFA, insists that the “war of vaccines” is taking place, there is no doubt that at least Moscow perceives it this way.

In these circumstances, Ukraine remains a battlefield of special importance. Vast network of the local agents of influence have put a significant amount of effort into pursuing two key objectives – discrediting Western vaccines and promotion of Sputnik V at the same time. Both traditional media and online sources play an important role in this campaign.

The key centerpiece in these efforts is Opposition Platform – For Life (OPFL), a leading pro-Russian party, and its leader Viktor Medvedchuk, also famous for the media empire that serves his interests and amplifies his influence. Up until the recent ban of three respective channels – ZIK, 112 and NewsOne – due to the sanctions against their formal owner Taras Kozak, they served as a communication hub for pro-Russian rhetoric. These channels engaged not only members of OPFL, but politically loyal experts, bloggers and politicians who share the sentiment. Expectedly, they also took the lead in promotion of the Russian vaccine. Typically they relied on the following key narratives:

To give a few examples, in addition to regular TV-discussions, channel ZIK published a piece “Vaccine against Independence. Why the USA forbids Ukraine to buy Russian vaccine”. The article relies on the pro-Russian web-site “Strana.ua”, one of the key online resources that consistently echoes all main Kremlin narratives. It reestablishes all major messages on vaccination, making special emphasis on the idea of “external governance” Washington allegedly executes over Kyiv.

This propaganda line may be considered a priority among the pro-Russian forces in Ukraine. As “external governance” has arguably become the largest information operations in Ukrainian media field, it has already gained public support. As 45% of Ukrainians agree with the claim that their state is under foreign governance, this is the most fertile ground to raise further hostility towards the West and foment pro-Russian sentiment.

One of the most known promoters of this narrative, Olena Bondarenko (an ex-MP from the now disbanded pro-Russian “Party of Regions”) is a heavy supporter of Sputnik vaccine and, naturally, a critic of the Western ones. She insists (on air of Medvedchuk-linked channel) that Ukrainian government is driven by Russophobia and pressure from the USA to reject the Russian vaccine. Instead, it will allegedly let American pharmaceutical companies to profit off Ukrainian population and to use it as test subjects at the same time. While Bondarenko may be among the most outspoken and well-recognized pro-Russian figures, she is far from being the only one. Just as with the sample ZIK article, her messages highlight the much broader – and highly dangerous – trend.

Ban of the abovementioned channels did not halt this campaign. The focus has not shifted to another pro-Russian TV channel “Nash” and to the promotion of relevant messages online. In particular, anonymous Telegram channels that position themselves as Ukrainian but are suspected by the Security Service of Ukraine to be coordinated from Russia, play an important role in discrediting AstraZeneca vaccine. As soon as it was submitted for registration in Ukraine, the online environment was filled by messages regarding the alleged danger of the vaccine due to production in India and implied insufficient testing. Substantial amount of such content relies on humor and ridicules production in India; because of the humorous element it easily goes viral and attacks the vaccine in a subtle way.

Moreover, AstraZeneca is portrayed as inferior to other Western vaccines such as Pfizer, and Ukrainian government is targeted for its inability to secure the high-quality vaccine for its population while rejecting Sputnik V that Russia is ready to supply – allegedly due to the “external governance” with Washington prohibiting Kyiv to purchase and/or produce Sputnik. Ukrainian government was also accused of trying to orchestrate media-support for the vaccine but failing miserably – which underlines its alleged danger and portrays government as both resorting to questionable measures but being inefficient at the same time.

Evidently, developing a COVID-19 vaccine became a type of the arms race for the Kremlin, which aspires to have a powerful image tool on the international arena. Ongoing sanctions and reputational scandals linked to electoral meddling and assassination attempts, both at home and on the foreign soil, have long since turned into a heavy burden for Moscow.

Russian hackers attempted to steal the vaccine research, targeting the UK, the USA and Canada. This proves just how important besting the Western countries was, considering how Russian state-controlled media repeatedly criticized them for mishandling the pandemic.

While developing several vaccines, Russian government went with Sputnik V as a weapon of choice. Product’s safety has been massively questioned at home and abroad, however, the Kremlin dismisses such suspicions as a malign information campaign driven by “Russophobia”. Despite these reassurances, 58% of Russian population is not ready to get vaccinated by Sputnik, even for free, as per December 2020 according to Levada Center. Considering the numerous reports on trial violations, including pressure for the medical personnel to test vaccine on themselves, the high level of distrust is understandable.

Still, Russian media remains reluctant to talk about side-effects of the product and its questionable effectiveness with cases of COVID after vaccination. Instead, they focus on attacking Western vaccines, meticulously following all negative cases on them. One prominent example is reporting on the USA nurse passing out after the injection – which was caused by her personal health condition with no relation to vaccine and which Russian media largely failed to report. Another example is the infamous attack on the Oxford vaccine research that notorious TV-host and one of the most respected media workers in Russia Dmitriy Kiselyov called “the monkey vaccine”.

Discrediting Western efforts serves as a counterweight to those of Russia, contributing to attempts at improving its image. Despite the arguable domination of “siloviki”(persons affiliated with security services) in the Russian elite, the Kremlin started paying more attention to the use of soft power – the way it is perceived in Moscow. The announced “soft power” reform slowly starts to unroll with the increased activity of “Rossotrudnichestvo” [Federal Agency for the Commonwealth of Independent States Affairs, Compatriots Living Abroad, and International Humanitarian Cooperation] as one of its pillars. Winning – or declaring the victory – in the vaccine race is another contribution to Russia’s self-painted portrait as a security guarantor and reliable partner as opposed to the West.