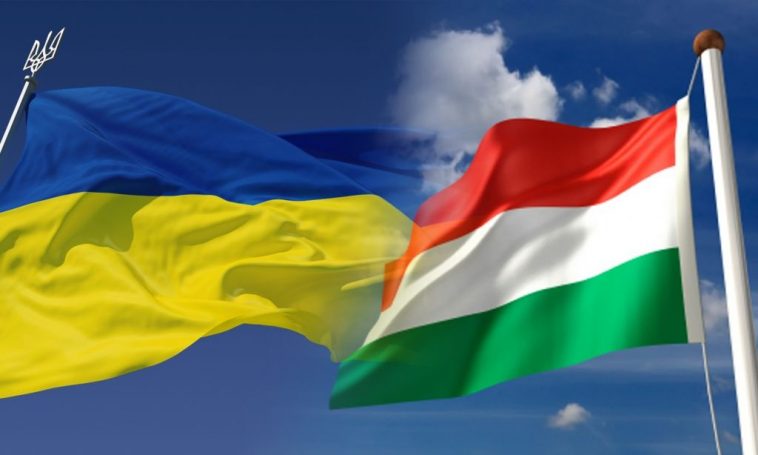 Recent weeks have been marked by another escalation of Ukrainian-Hungarian relations. In particular, Hungary has requested OSCE to send a monitoring mission to Transcarpathia – a borderline region of Ukraine where Hungarian minority is concentrated. Tensions rose after Security service of Ukraine (SBU) searched one of the Hungarian charities. SBU reported finding materials calling for regional autonomy and popularizing the idea of “Great Hungary”. Budapest retaliated with claims that “Ukraine creates a civil war situation” in Transcarpathia.

The incident is not the first among the string of challenges in their relations that Kyiv and Budapest have faced. Prior to this, amidst the Ukrainian local elections, a conflict occurred when Ministry of Foreign Affairs condemned Hungarian officials encouraging the locals to support the “Party of Hungarians”. Kyiv perceived this move as meddling into its internal affairs.

The actual ground for tensions was laid back in 2017, after Ukraine passed new law “On Education” and when new language legislation was adopted in 2019 that Budapest criticizes for allegedly infringing the rights of national minorities.  The law itself does not prohibit the use of Hungarian – or any other – language, simply ensuring that any person is able to receive information or services in Ukrainian. National minorities preserve rights to holding public events in their language as well as a right to primary education in it and establishing separate classes and groups if necessary. Public services, including healthcare, may be provided in a language of choice.

How Russia exploits the situation

Ukraine and Hungary legitimately have issues that sour bilateral relations. The actual problems, however, repeatedly become amplified by a third party – Russian Federation.

A particular example of Kremlin’s involvement took place earlier this year, in February 2020, when the Hungarian center was set on fire in Uzhhorod, a regional center of Transcarpathia.  Already a second attempt at arson predictably caused another escalation between Kyiv and Budapest, with Ukrainian ambassador being summoned to Hungarian MFA over a “provocation” and Minister Peter Szijjarto insisted that “extremist ideas are on the rise” in Ukraine. This claim was widely circulated by Russian media as a “proof” to a long-running Kremlin narrative on Ukraine being a “fascist” state riddled with radical nationalism and extremism.

As investigations proceeded, it turned out that the case was indeed a provocation, and a rather multilayered one. Three Polish citizens were arrested on the charges of arson, but their coordinator was, in fact, from Germany – identified as Manuel Ochsenreiter, a referent to one of the German MPs from a far-right party “Alternative für Deutschland”.

Ochsenreiter had several meetings with Russian philosopher and a promoter of “Eurasianism” concept Aleksandr Dugin, who also actively supports anti-LGBT and anti-equality sentiment in favor of “traditional values”. In particular, they cooperated at Katehon think-tank – posing as an “independent organization” but having Sergey Glaziev on a board. Glaziev is an advisor to Vladimir Putin, and he is not the only person of interest on the list. Katheon’s board also features Russian media-oligarch Konstantin Malofeev – who was heavily involved in financing Russian hybrid aggression in Ukraine and supports the puppet republics in its eastern regions.

Complicated planning behind the incident in Uzhhorod showcases how Kremlin uses different parties – Ukrainian, Hungarian, Polish and German – to undermine their respective relations. The primary target, ties between Kyiv and Budapest, was attacked at a time when bilateral relations were strained with a goal to amplify the existing grievances. This tactic, long favored by Moscow, is applied both on the international arena and within the target societies themselves, where different social groups are put against each other for destabilizing effect.

The arson, however, was far from the only occasion used by Kremlin for this goal. It has also repeatedly amplified the “self-determination” narratives in the Transcarpathian region – and not only in regard to Hungarian minority. Another ethnic group there is Ruthens, who were also used by Russian media in a smear campaign against “nationalist” Ukrainian government back in 2014 (see, for example, a special news issue on one of the leading channels Russia 24 dedicated to alleged language oppression and discrimination). Dramatic overstatement of minorities’ desire for autonomy does not only allow Moscow to create tensions within Ukraine itself or between her and her partners; it also legitimizes a narrative on Russophobia, which is the most widely applied excuse for Kremlin to meddle into internal affairs and retort to armed interventions.

Another way, in which Kremlin undermines bilateral relations between Kyiv and Budapest, is based on Hungarian far-right forces, especially the Jobbik party. Its members were among the “monitoring mission” that oversaw illegal referendum resulting in annexation of Crimea in 2014. Relying on fringe populist and ultranationalist parties, which traditionally promote Euroscepticism Moscow is so in favor of, Kremlin credited the so-called referendum as “internationally recognized” in attempt to legitimize it – while actually the international community (including Hungary) recognizes and supports territorial integrity of Ukraine. Nevertheless, such actions of foreign nationals as well as their illegal visits – or declaration of planning such visits – to the annexed peninsula consistently fuel the existing grievances between both states.

Sawing discord between Western partners is a traditional approach taken by Kremlin, as it divides and weakens consolidated European policy – which, for Russia, is of special importance when it comes to sanctions. Targeting Hungary and Ukraine brings another benefit, as Budapest blocking Ukraine-NATO Council meetings undermines the country’s Euroatlantic integration.

Supporting and amplifying narratives on “autonomy” for ethnic minorities serves the overarching goal to federalize Ukraine – according to Moscow’s vision. Similar attempts have been made before on numerous occasions, particularly with using ethnic issues to create “People’s Republic of Bessarabia” in Odesa region, similarly to Donetsk and Luhansk, directly coordinated by Russian Presidential Administration. If territorial division does not work, “federalization” would make it easy for Moscow to influence Ukrainian policy, especially in terms of its foreign partnerships and European integration via its proxies in the regions that would get enhanced powers.

Finally, spinning rhetoric on “nationalism”, “oppression of the minorities” and, especially, on “civil war” works in favor of the key Kremlin narratives it has been promoting about Ukraine for years. Ultimately, discrediting its image aims for making Ukraine an undesirable partner the West would not be interested in – which would then leave Kyiv face to face with Moscow alone.