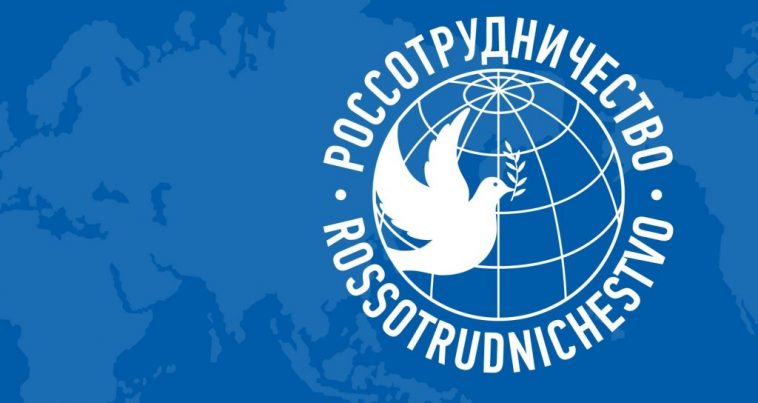 Russian media report the government has launched “soft power” reform that has been long discussed in Moscow. While no specific details are revealed, it is known that game-change will, first and foremost, affect Rossotrdunichestvo (Agency for CIS Affairs, Compatriots Living Abroad and International Humanitarian Cooperation) as the primary institution involved in advancing Russian “soft power” abroad. The newly appointed head of organization Yevgenii Primakov is said to be skeptical about its traditional tool-kit focused on art events and advancing Russian language and literature.

It is, then, safe to assume Rossotrudnichestvo will expand its focus – and so will other institutions in the field, with the possibility of establishing new ones or even designing a relevant “national project” quite open. The ultimate question is how soft the reformed “soft power” will be, considering that its other structural elements include RT and Sputnik – outlets more often than not involved in spreading disinformation on Kremlin’s behalf and getting banned for their systemic misconduct in countries such as Latvia and Lithuania (Estonia “does not exclude the possibility” and is likely to follow). Rossotrudnichestvo is less discussed in this regard but also is of importance. It operates fully in 60countries via Russian Cultural and Scientific centers – and is represented in occupied territories of Georgia, having branches in South Ossetia and Abkhazia. As demonstrated via the case of Ukraine, the institution is involved in promotion of Russian revisionist historical narratives and overall amplification of Kremlin’s hybrid influence.

Ukrainian branch of the organization is led by Lidia Dyachenko, who is also the First Secretary at the Embassy of Russian Federation in Ukraine. Given that Rossotrudnichestvo is a governmental body within the framework of the Ministry of Foreign Affairs, this cooperation is expected – just as the fact that agency is hardly neutral. Organization typically tries to refrain from potential conflicts and avoids publicly echoing Moscow’s narratives on “civil war”, “fascism” and “Russophobia”, but their sentiment remains quite clear.

In 2019 the local Russian science and culture center declared it will continue its work in Ukraine despite the latter had left CIS – and raised issues of “violation of rights to religious freedom and acts of vandalism in regard to Russian historical and cultural heritage”. This claim may be viewed as a veiled attack on the new independent Orthodox Church of Ukraine that has been widely targeted by Kremlin as a “schism” and “heresy” for disengaging from Russian Orthodox Church. It may also be perceived as criticism of decommunization policy in Ukraine, as removal of monuments to controversial Soviet figures and renaming of streets always triggers a strong reaction from Russian government that has repeatedly harassed Ukraine, the Baltic states, Poland and Czech Republic over these issues.

It is worthwhile to note that due to the Ukraine’s abovementioned departure from CIS grounds on which Rossotrudnichestvo operates in the country are questionable. It draws on the valid agreement “On establishment and operating conditions of cultural and informational centers”; however, the document stipulates the functioning of precisely that, cultural and informational centers. Meanwhile, Rossotrudnichestvo remains a governmental agency and, in violation of the abovementioned agreement, it has not legally registered as a cultural center. Security Service of Ukraine reportedly claims it has filed several requests to the National Security and Defense Council to enable closure of the institution. Former advisor to the head of SSU, Yaroslav Antonyak, insists Rossotrudnichestvo constitutes a threat to Ukrainian national security and warns the institution’s employees are likely to be directly involved with Russian security services.

Rossotrudnichestvo promotes Kremlin’s vision of WWII, the reshaped history of which has become a major political myth used by current regime as a unifying instrument and as a tool to promote Russia’s image abroad, among other purposes. The institution organized a public demonstration of Victory Parade in Moscow on June 24th – event that Ukraine, among others, officially refused to attend, given Kremlin’s militarist policy towards its neighbors. A number of historical lectures and an exhibition have been organized that feature Soviet-style wording preferred by modern Russian elite as well – e.g., Great Patriotic War (1941-1945) instead of WWII that completely erases early Soviet cooperation with Nazi Germany. Soviet occupation is traditionally portrayed as “liberation”.

Overall, there is a disproportionate amount of content focusing specifically WWII: out of circa 105 publications from May 1 to July 16 2020, circa 45 were dedicated to this topic. The same tendency stands for the events organized by the institution: since April 2020, Rossotrudnichestvo held 10 topical exhibitions (out of 11 in total during this time). Rossotrudnichestvo has also shared an article on “The Real Lessons of the 75th Anniversary of World War II” by Vladimir Putin, which has been widely criticized for whitewashing of Soviet regime and many historical inaccuracies – and features attacks on several Western countries, including Poland and Ukraine.

Such focus on WWII may be explained by two primary factors. First, it is a less conflict-generating issue than direct criticism of Ukrainian government on issues such as Russian language that Kremlin repeatedly insists is threated in the country. Second, Kremlin’s vision of WWII is a meta-narrative, promotion of which paves way for susceptibility to other narratives. It establishes the positive perception of the Soviet Union as a part of broader campaign to put autocracies against democracies and portray them as more effective (something Moscow does frequently, in particular regarding the COVID-19 crisis); it reestablishes the narrative of “brotherly nations” brining Ukraine into Russian area of influence; it facilitates the narrative on “rising far-right” and Moscow’s ultimate moral authority to combat them as “vanquisher of Nazism”.

Tell me who your friends are

A circle of organizations and movements Rossotrudnichestvo is frequently involved with deserves attention as well. The list is rather long and it includes actors such as International Association of Slavic Unity of Pyotr Stolypin, Kharkiv Community of Eastern Slavs; Kyiv Community of Russian compatriots “Motherland”, International Pedagogic Club etc. They form a network used for mutual influence amplification, as the narratives they promote are mostly the same.

These four organizations are far from an exhaustive list of partners Rossotrudnichestvo has in Ukraine, with their network and operational principles worthy of separate research. Here it is important to underline that local partners share pro-Russian political position and are tightly connected to the “Russkiy Mir” foundation, allowing it to preserve some of its influence even after organization has been banned. Russian Cultural and Scientific Center in Ukraine facilitates these connections.

Under its previous leadership, Rossotrudnichestvo was criticized by Russian government for “losing” Ukraine and not doing enough to counter the alleged American influence.  Kremlin likely expects Primakov as a new leader to improve the situation and advance Russian interests more effectively. Changes to Rossotrudnichestvo, of course, will expand far beyond its Ukrainian branch, but importance of Ukraine is underlined by the fact that reform development involves Dmitriy Kozak – Deputy Head of Presidential Administration, now responsible for “Ukrainian portfolio” in the Kremlin. With no details revealed, one can only speculate that the organization will receive additional funding, expand its local network, rebrand some of the older projects to make them more appealing and develop new ones mostly targeted at youth beyond traditional events focused on Russian language and culture that do not seem to attract sufficient attention.

Seeing how important links to “Russkiy Mir” foundation are, Kremlin may be expected to boost them and, potentially, launch a new similar organization that will have a benefit of operating legally and directly. Regions in the South-Eastern Ukraine that have been more actively targeted with destabilization attempts from Moscow, may become a priority in opening new offices of relevant organizations – existing or established in the future. Cooperation with Slavic and/or religious organizations that adhere to the perspective of Russian Orthodox Church and its subsidiary Ukrainian Orthodox Church  (Moscow Patriarchate) is likely to increase. And perhaps the most alarming prospect is a high possibility of increased cooperation between the proponents of Russian “soft power” in Ukraine and Kremlin’s local agents of influence –  “Opposition Platform – For Life” as their vanguard has substantial access to Ukrainian information space through the media empire of Viktor Medvedchuk that consistently amplifies Russian narratives. Involving it will be easier for Kremlin than launching new channels of communication, although Moscow will remain dedicated to its outlets abroad and attempt to assist them in overcoming operational problems.