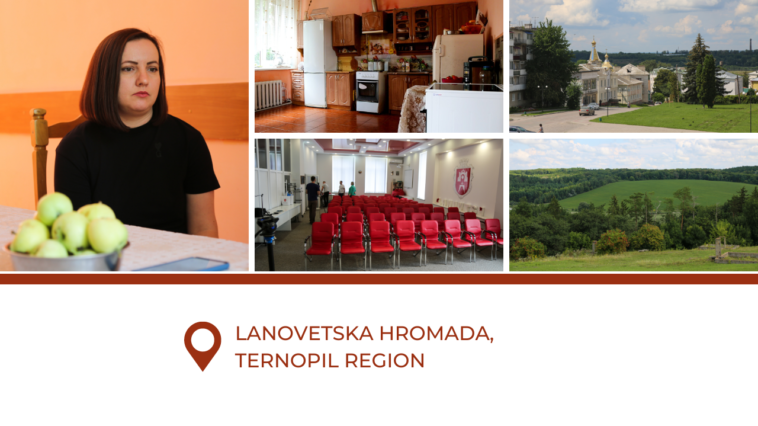 “While our guys are defending us there, we have work here to do,” the head of the Lanovetska hromada of Ternopil region says. The community tries to carry on, regardless of everything. The hromada lends a hand to those whose lives were threatened by war. Since February 2022, it has hosted more than 3,000 people from across Ukraine.

In this article, we cover strategic priorities of the Lanovetska hromada, its appreciation of history, and opportunities to grow that the community finds in difficult times.

“Who would we be without history?”

The Lanovetska hromada (territorial community) of Ternopil region formed in 2016. Members of the newly established community began to research the history of their land, and developed the visual identity of the hromada.

The hromada’s coat of arms has symbolic references to the past, present, and future, head of the hromada Roman Kaznovetskyi says. Bright red – the color of the background, is the color of the Volhynia historic region. The sun symbolizes knowledge, prosperity, and well-being. The gates are a symbol of the city’s spiritual life, renaissance, resilience, heroic stand, strength of the defenders, justice, and wisdom. There are also elements of the coat of arms of the Jelowicki noble family, the founders of the city, that link the hromada’s identity to traditions and heritage.

“Who would we be without history? That’s important to know one’s true history – as opposed to fictitious accounts that are forcibly imposed. The knowledge will give our community understanding how to develop and where to move,” Roman Kaznovetskyi said.

We spotted the hromada’s logo across the city, inside and outside, in its communication materials and presentations, and on the souvenirs that the hromada commissions to strengthen its brand.

The community continues to promote local history and culture through its projects. One of the fresh ones – the Jelowicki cultural center – was implemented with the support of the USAID DOBRE Program. The center is called after the founders of the city. Its visual identity is in line with the hromada’s brand book. The Jelowicki cultural center is a youth center and a space for concerts, film screenings, training sessions, book presentations etc. The center ranks in the top ten in Ukraine’s best youth centers. 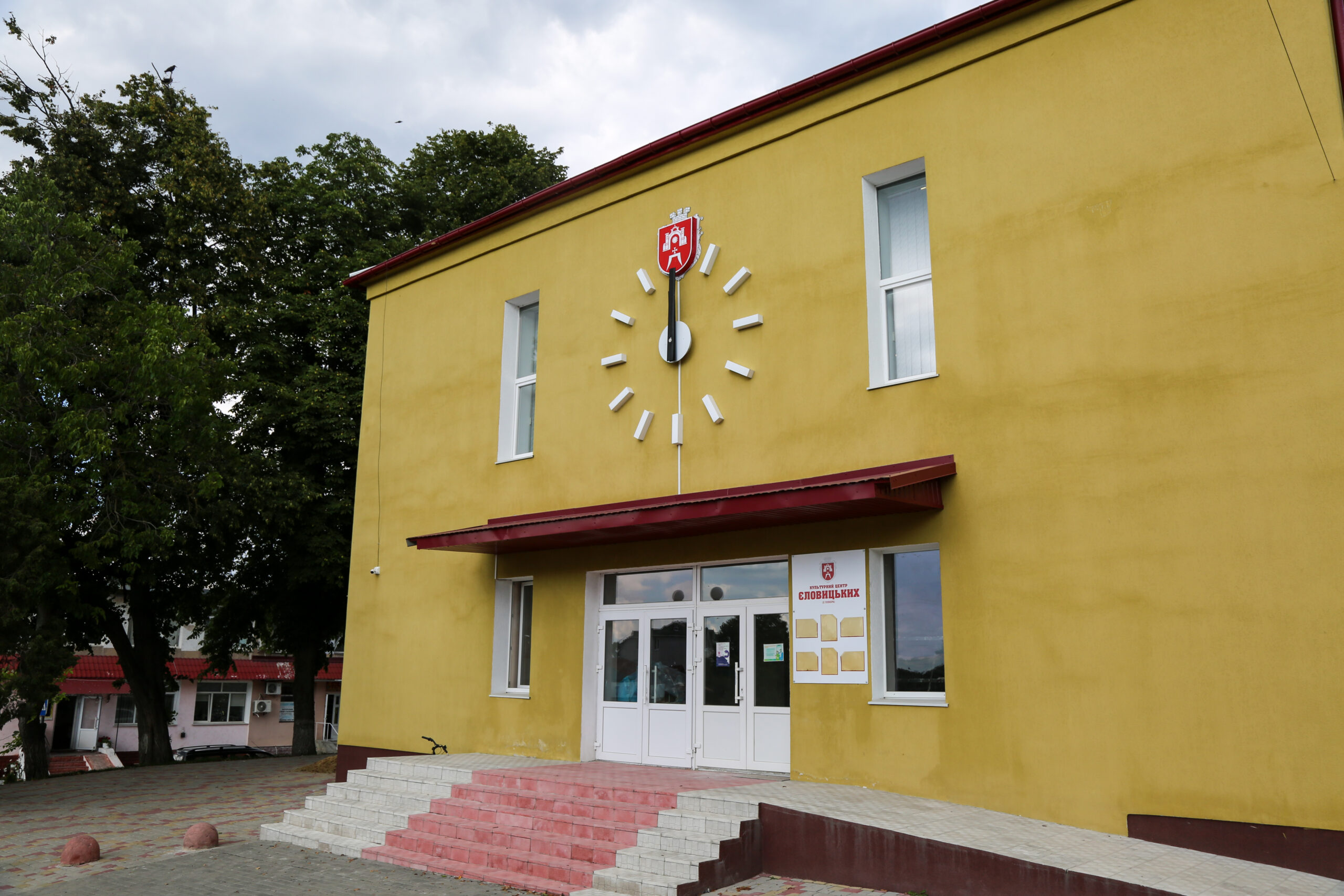 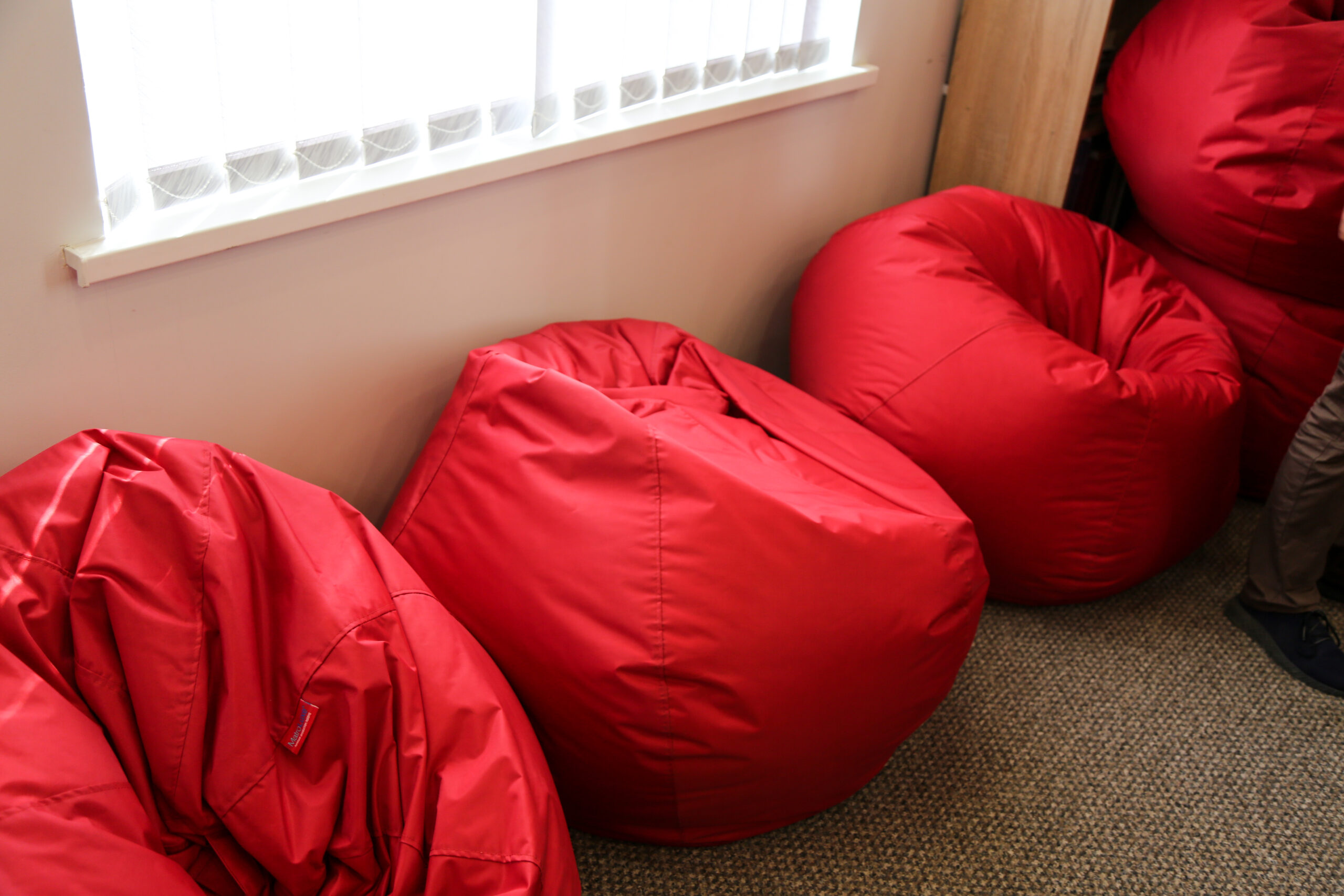 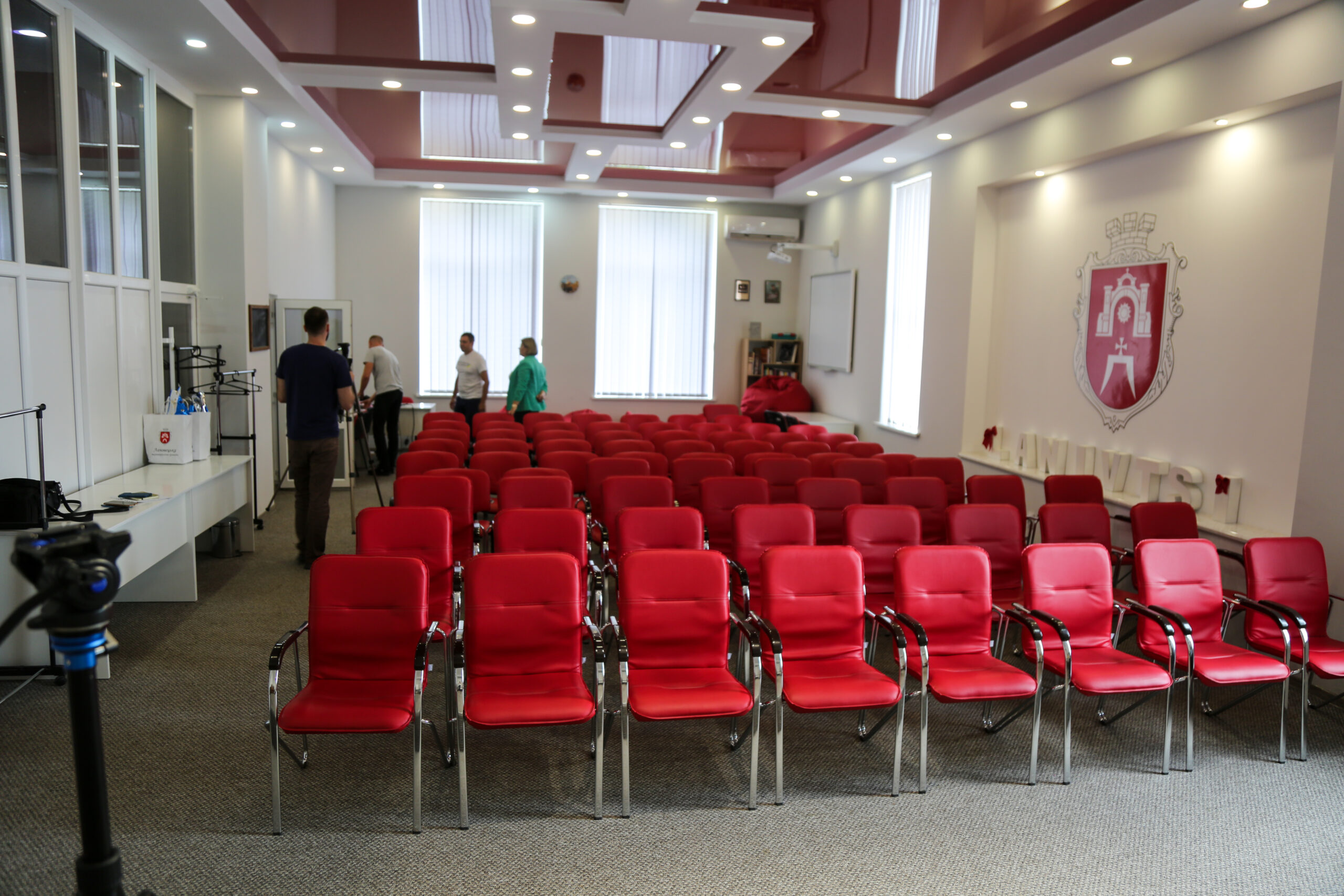 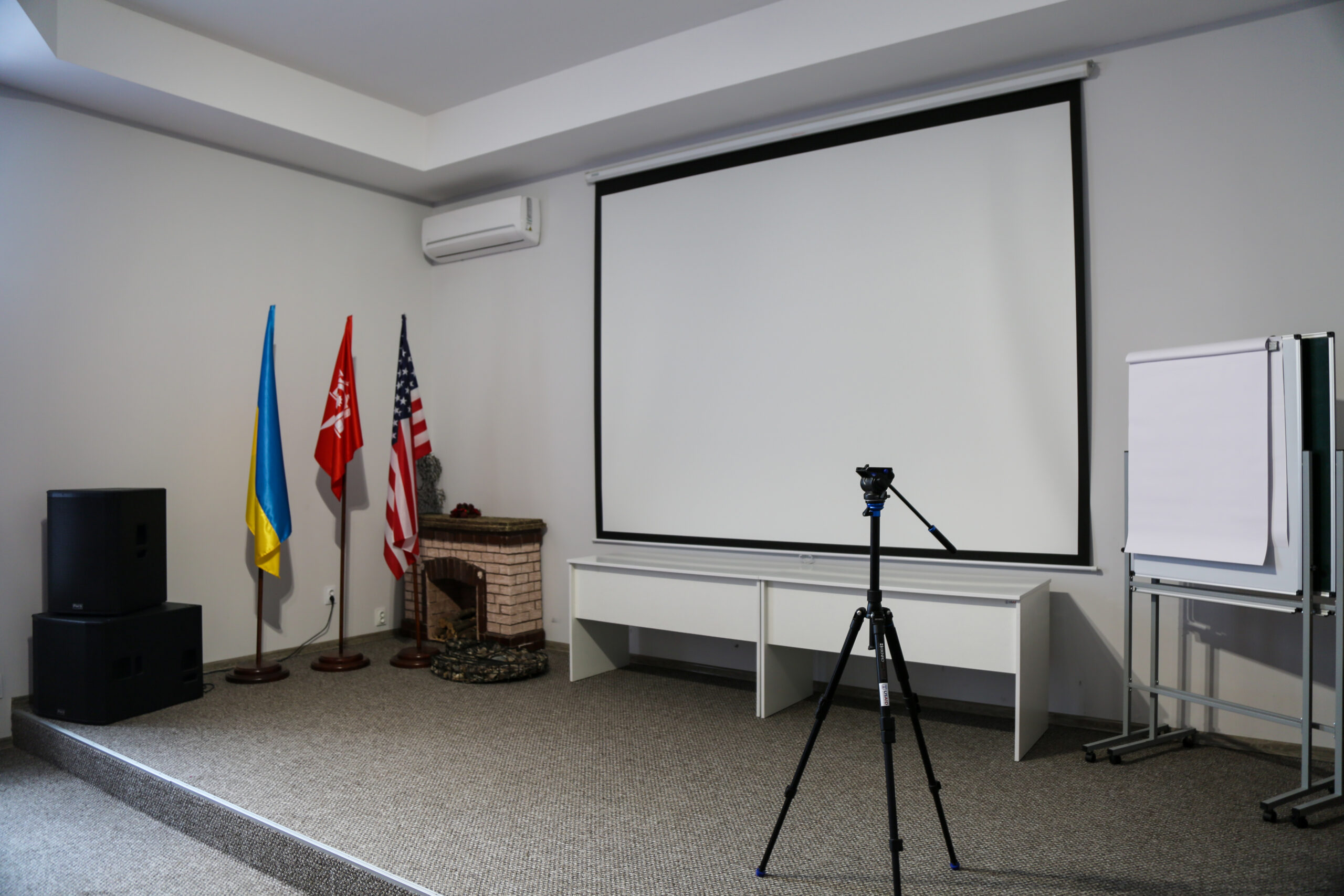 “As partners of the USAID DOBRE Program we were trained in working with media, communications, team work, gender equality fundamentals etc. We’ve implemented a lot of projects together. We worked on the strategy as we began to cooperate. Solid waste management was one of our priorities. That was what the residents wanted, a survey found. Together with the partners, we did it,” the head of the hromada said.

Some of the individual households of the hromada have waste carts and successfully use new services. The community also installed the carts in public places.

More projects emerged from the cooperation. An inclusive playground called “Your space with no barriers” was installed in a leisure area by the lake. It has ground trampolines and inclusive swing seats.

The hromada created a co-working space in Lanivtsi, so that businesses have better access to a consulting point. A photo and video shooting space is part of the project. The community bought up-to-date equipment with the support of the USAID DOBRE Program. More premises are to be renovated to create a conference room and commercial offices.

“We were a well-organized team”

Russia’s full-scale war against Ukraine disrupted the hromada’s pace of growth. The Lanovetska hromada was quick to create a registry of houses that can host people, and map municipal facilities that can become temporary shelters.

“Our city council worked as one would expect. We coordinated with local businesses and a hotel via telephone to shelter the people that were arriving. We had a registry of houses and kindergartens ready to host the people. We were an efficient and well-organized team where everyone did their job,” the head of the hromada said.

Volunteers stepped in to provide food supplies. In the hromada’s counties (starosta’s district), people brought food and cooked for the refugees and fellow residents who enlisted in the army.

“I had to protect my children”

Since February, the hromada has sheltered a total of 3,000 internally displaced people. Some 1,000 continue to stay there. Tetyana from Donetsk region is one of them. She came to Lanivtsi with her children and a dog in March.

“We did not want to leave home. We hoped that the war would not escalate, and we would stay at home, like in 2014. But when the strikes began to hit neighboring villages, we felt the ground shake. We went to bed fully dressed – if we had to escape the bombs, we would not have to jump outside in pajamas. During our last night at home, we did not sleep as everything was shaking. It was very scary. I realized I had to protect my children, so that they don’t see these horrors. We packed before dawn, and left by an evacuation train. I took a two-week leave from work. I hoped that we would wait until it’s all over and return. I thought that a war like that is not possible in the heart of Europe in the 21st century. Almost five months passed. The situation at home is even more dangerous than it was when we left. A missile hit a nearby house. The city is under constant attacks,” Tetyana said.

Tetyana learnt about Lanivtsi from a friend who found shelter in a nearby town.

“It’s very quiet here, especially compared to how it was at home. It’s quiet and nice. Local people met us cordially, they even continued to bring us food. We are used to earning a living ourselves. Tears welled up in our eyes, we could not imagine that strangers would welcome us that way. We dream of coming back home, to a peaceful Ukrainian city,” Tetyana adds.

While it is still dangerous at home, the family tries to carry on. In the Lanovetska hromada, they live in a former foster house together with 18 more refugees.

Using all opportunities to grow

A foster house where Tetyana’s family live, is one of the shelters that the hromada equipped together with partners to host the internally displaced people. The community supported by the USAID DOBRE Program bought beds, pillows, matrasses, blankets, bed linens, table lamps, and kitchen appliances: refrigerators, microwave ovens, and multicookers to equip the municipal sites that are hosting or about to host the refugees. 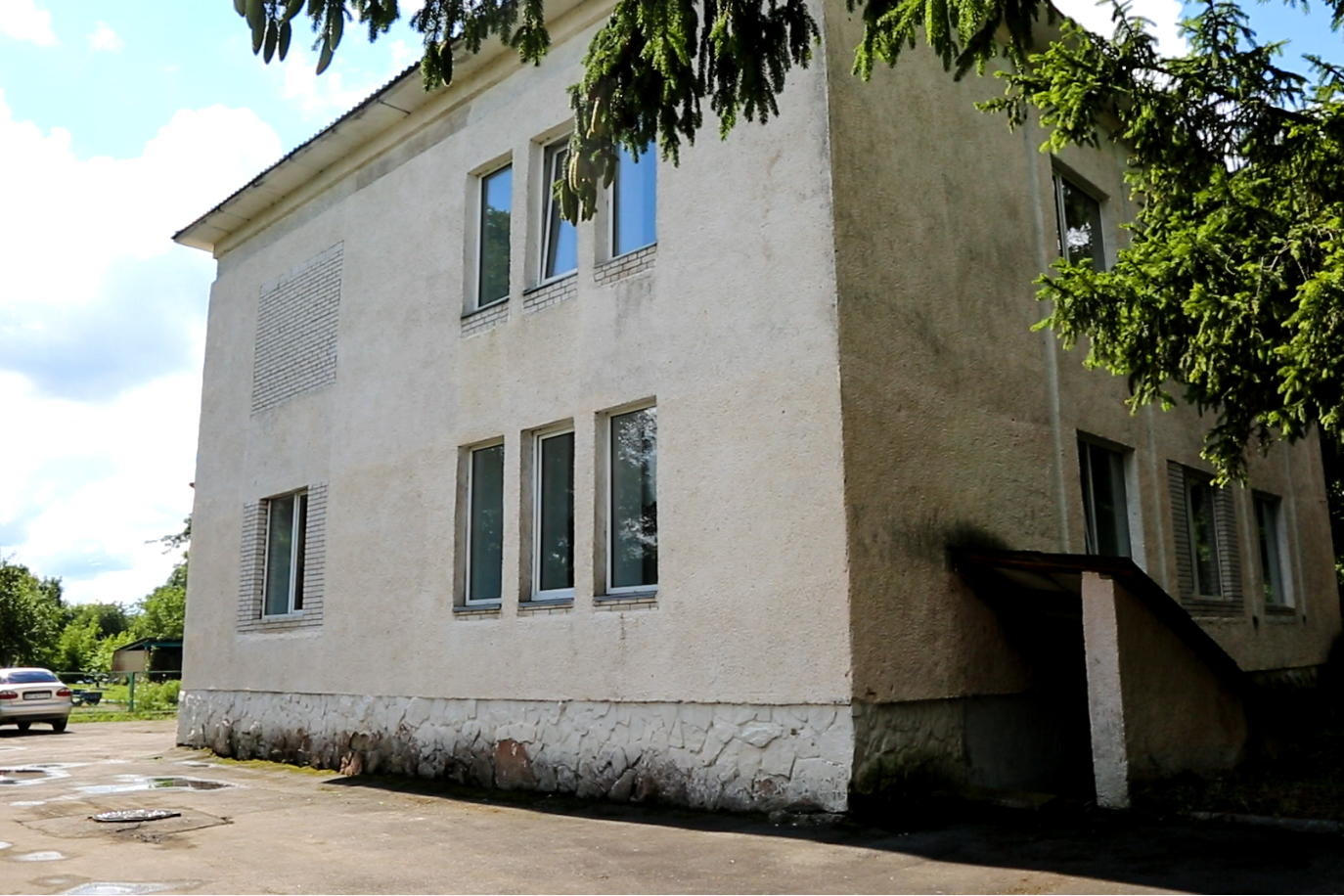 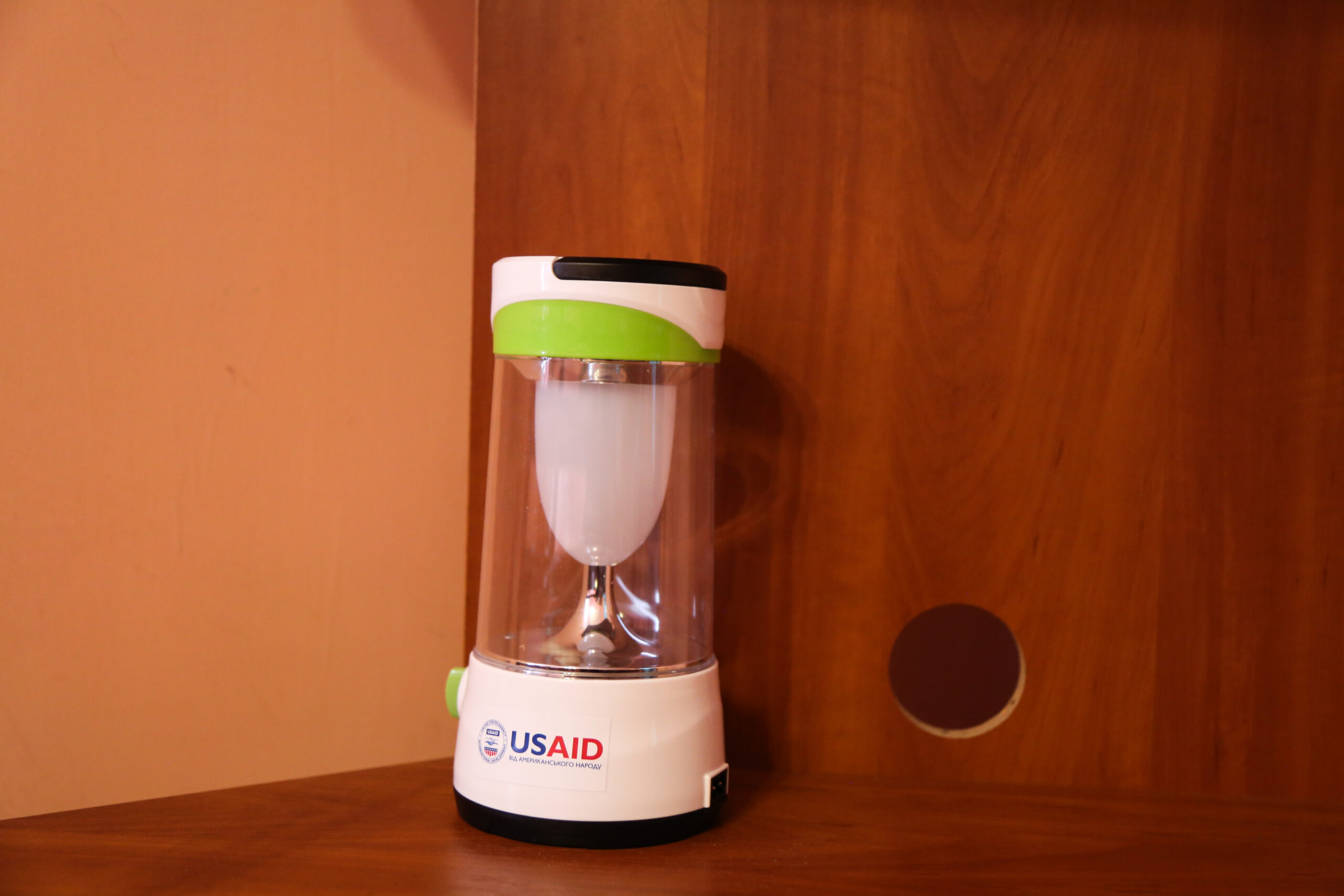 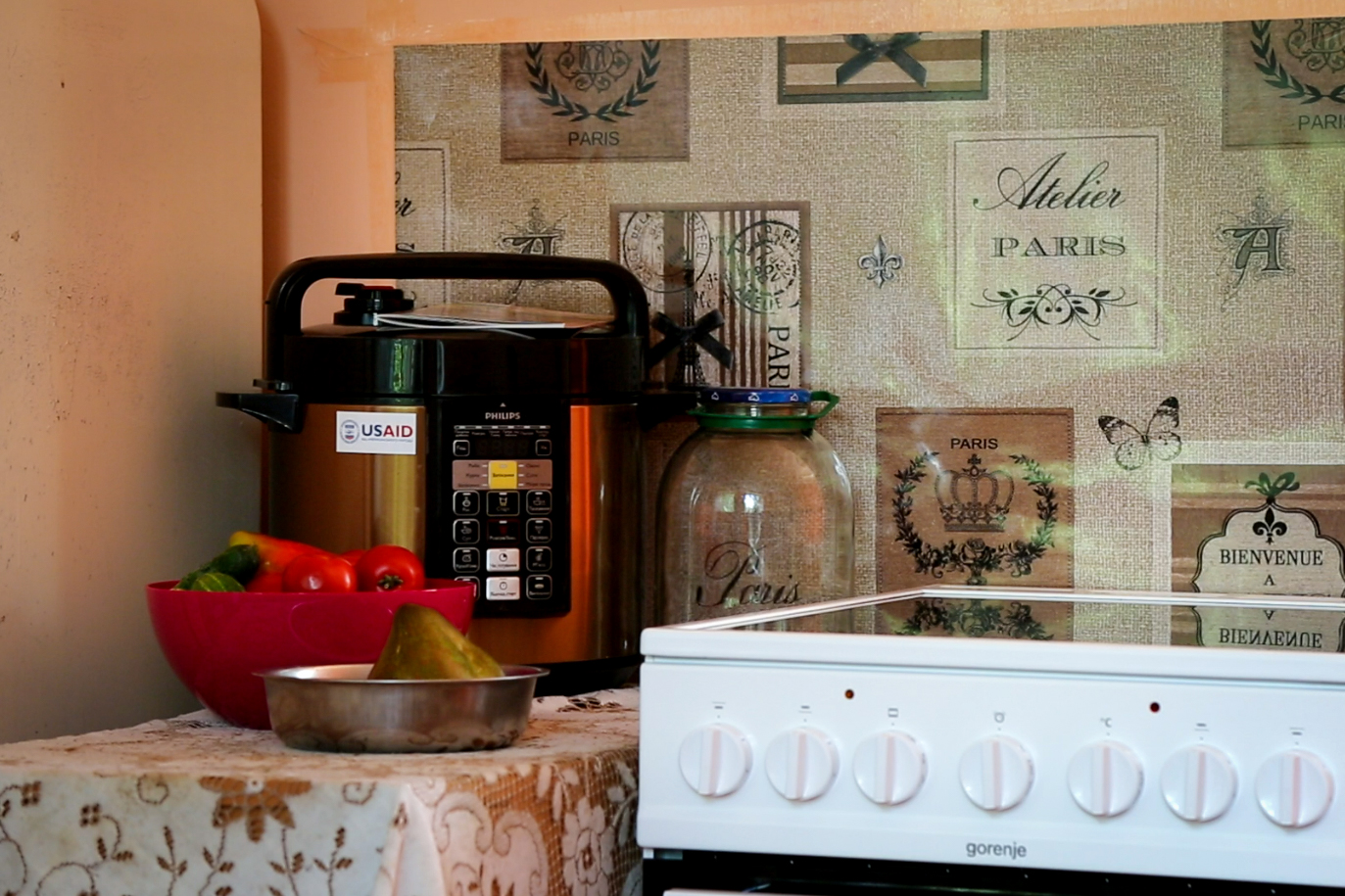 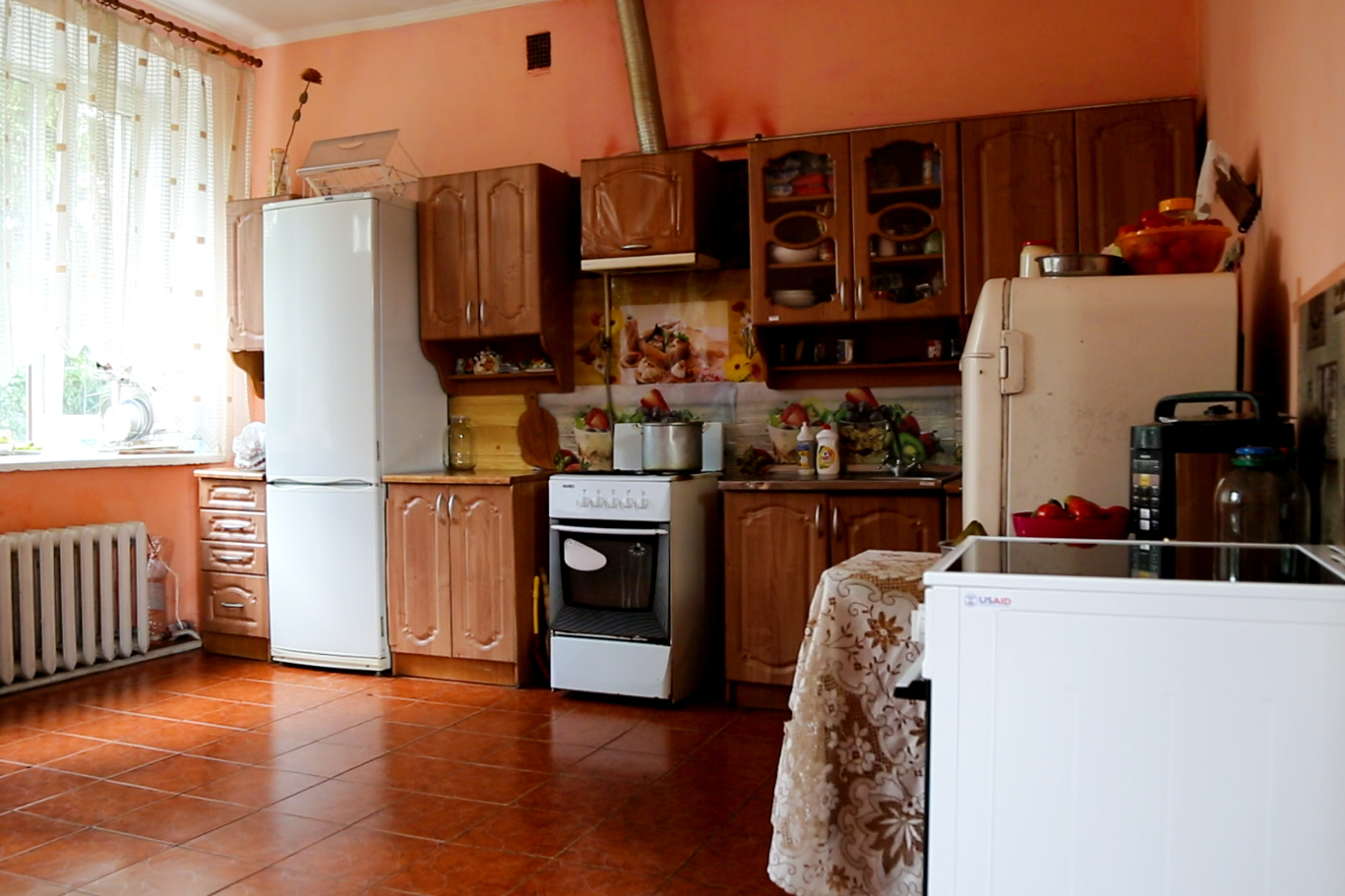 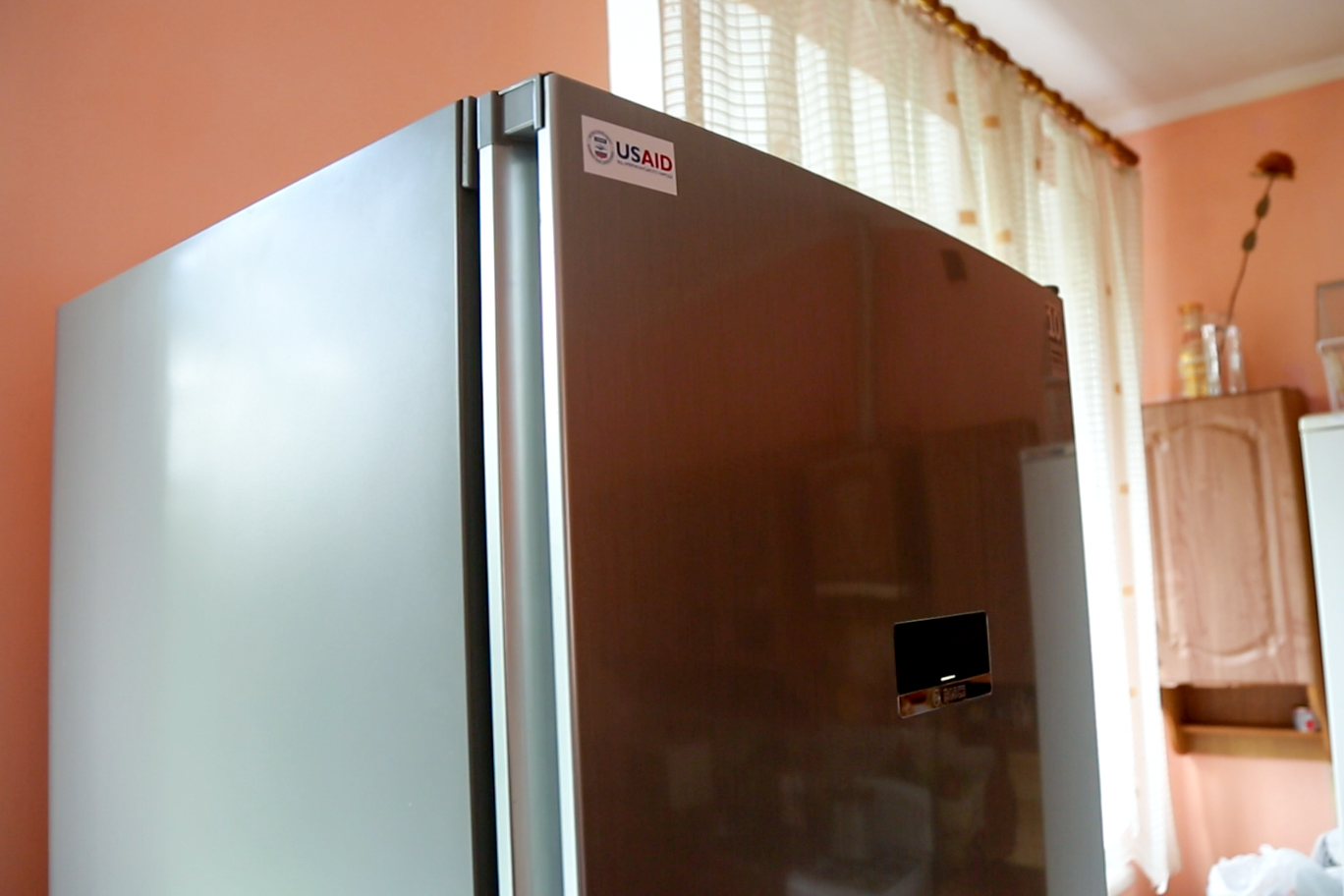 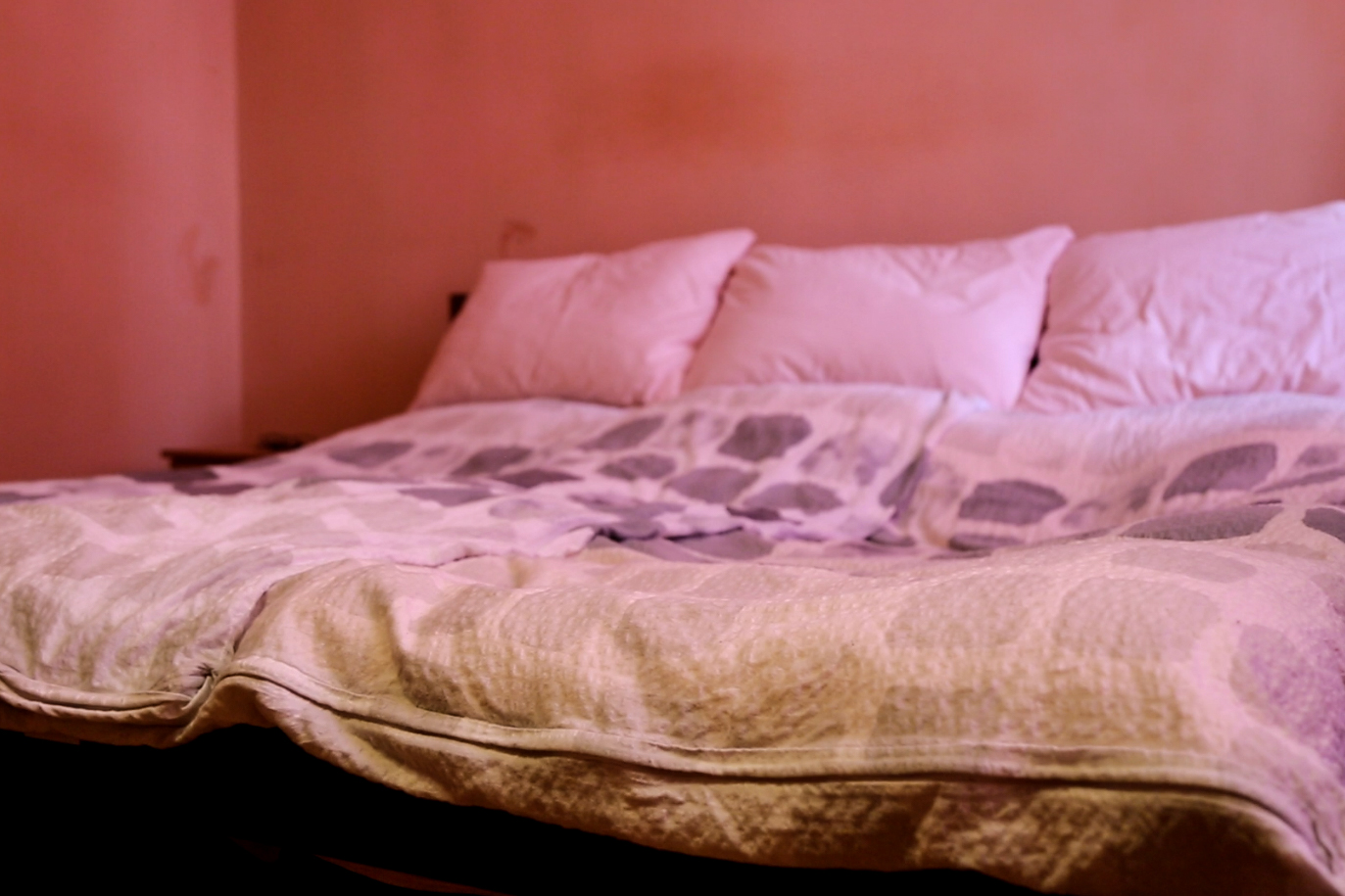 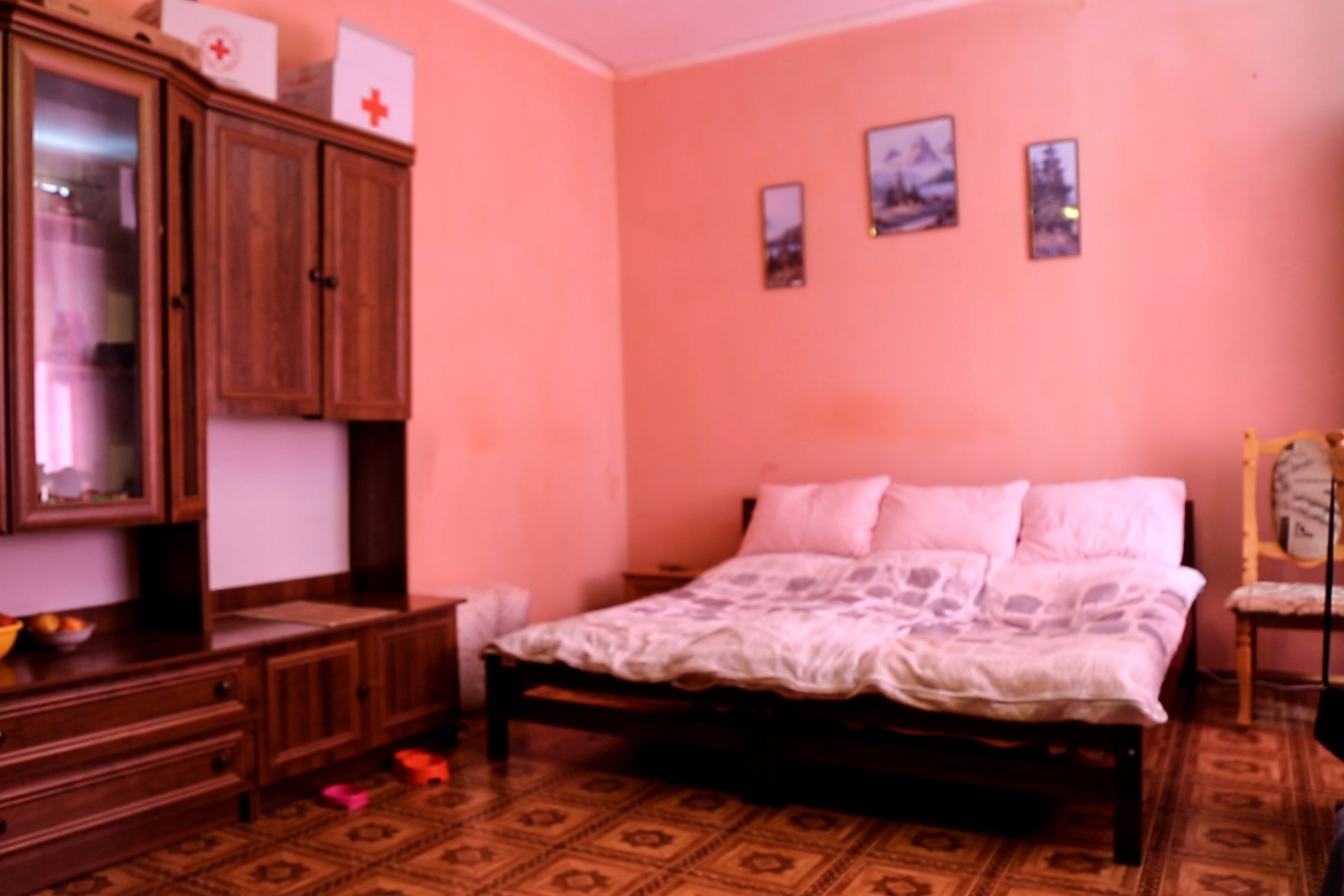 “We made a commitment to create housing facilities for 150 people. We renovated the premises and provided utilities. DOBRE Program bought beds and matrasses. The facilities will soon host people. We try to improve the living conditions of those who stay. That would not substitute their home, but at least we’re doing everything to make their stay comfortable,” head of the community Roman Kaznovetskyi said.

In difficult times, partnerships and new connections are important to cope with challenges. The hromada recently signed a deal with the German city of Lingen that had earlier helped the community.

The hromada continues to use all opportunities to grow, Roman Kaznovetskyi said.

“We started a project to buy two ambulance cars, one for the primary care unit and one for the hospital. We try to look around for opportunities to grow the community. We have to find advantages and show our people that life goes on. Our guys are defending us there, we have work here to do,” the head of the hromada said.

As the Lanovetska hromada moves forward, guided by strategic priorities and opportunities, the comfort of living of its residents is at the heart of the community policy.