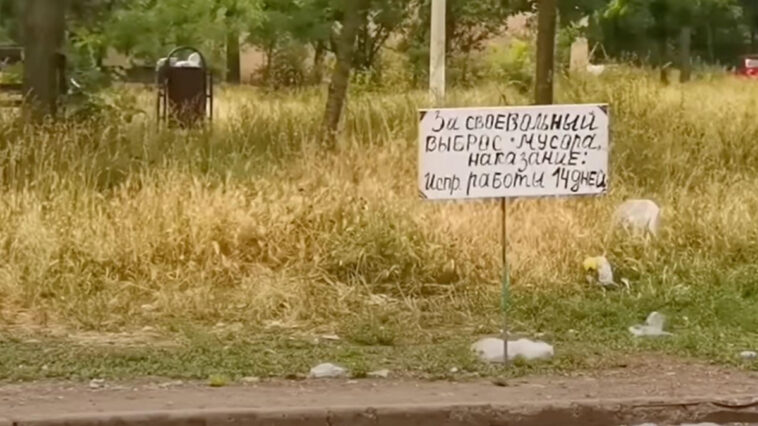 Doctors from backward regions of Russia

In occupied Mariupol, ambulances were replenished by doctors from Abkhazia, Chuvashia, and other backward regions of Russia. Adviser to the mayor of Mariupol Petro Andryushchenko said that doctors from poor regions of Russia came to the city to earn more money. They are promised a high salary, even higher than they receive in Russia. The head is Badma Bashankayev (chairman of the Russian State Duma Committee on Health, who publicly called for the “amputation of Ukraine”).

The Russians are constantly inventing new ways of covert mobilization of Mariupol residents. Today – because of “employment in the protection of the firm.” Such proposals can be found throughout Mariupol.

In the occupied city, the occupiers continue to demolish houses. The Russians hang announcements on the buildings saying that residents can take their personal belongings. In fact, people are given a day to take things out.

“People are given a day to take out their personal belongings. However, to take them nowhere and nothing. For the sake of the nice picture, the occupiers continue to destroy the property of Mariupol residents, taking the last things they have,” Andryushchenko said.

There is still a shortage of drinking water in Mariupol. Residents of the Left Bank district collect rainwater.

Russians use the inhabitants of the occupied city for their own purposes and implement correctional labor. For throwing garbage in a makeshift landfill, they face correctional labor from 14 to 30 days. Felling of trees for firewood used for cooking entails the same punishment.

“Forced labor as a fine is a new invention of the occupiers for the sake of labor mobilization. It is not even necessary to establish the fact of “guilt”. They literally take away able-bodied people from the yards where there is garbage – in other words, everywhere,” Petro Andryushchenko said.