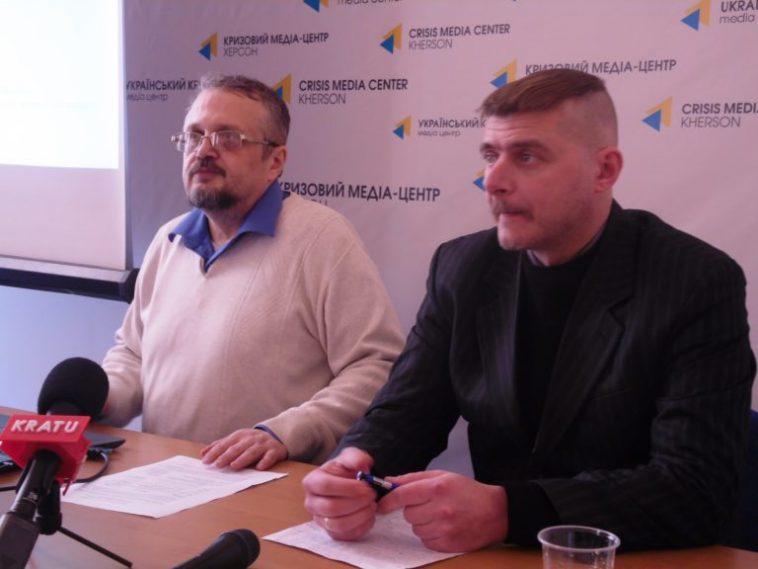 January 31, 2019 the new rules for local elections were discussed at the Crisis Media Center. Kherson. The event was organized by the local branch of the Committee of Voters of Ukraine. The discussion was attended by organizers of the election process, deputies, representatives of the authorities, public figures and journalists.

As the chairman of the Kherson Regional Organization of CVU Dementiy Belyi noted in his report, “Four local elections systems and two levels of local council elections will be applied at local elections.”

The first level is elections to regional councils and cities, with more than 90 thousand voters. These are the Kherson Regional and Kherson City Councils. These councils will be selected using a proportional system with open party lists. In the proposed form, this election system has not been used in Ukraine before. 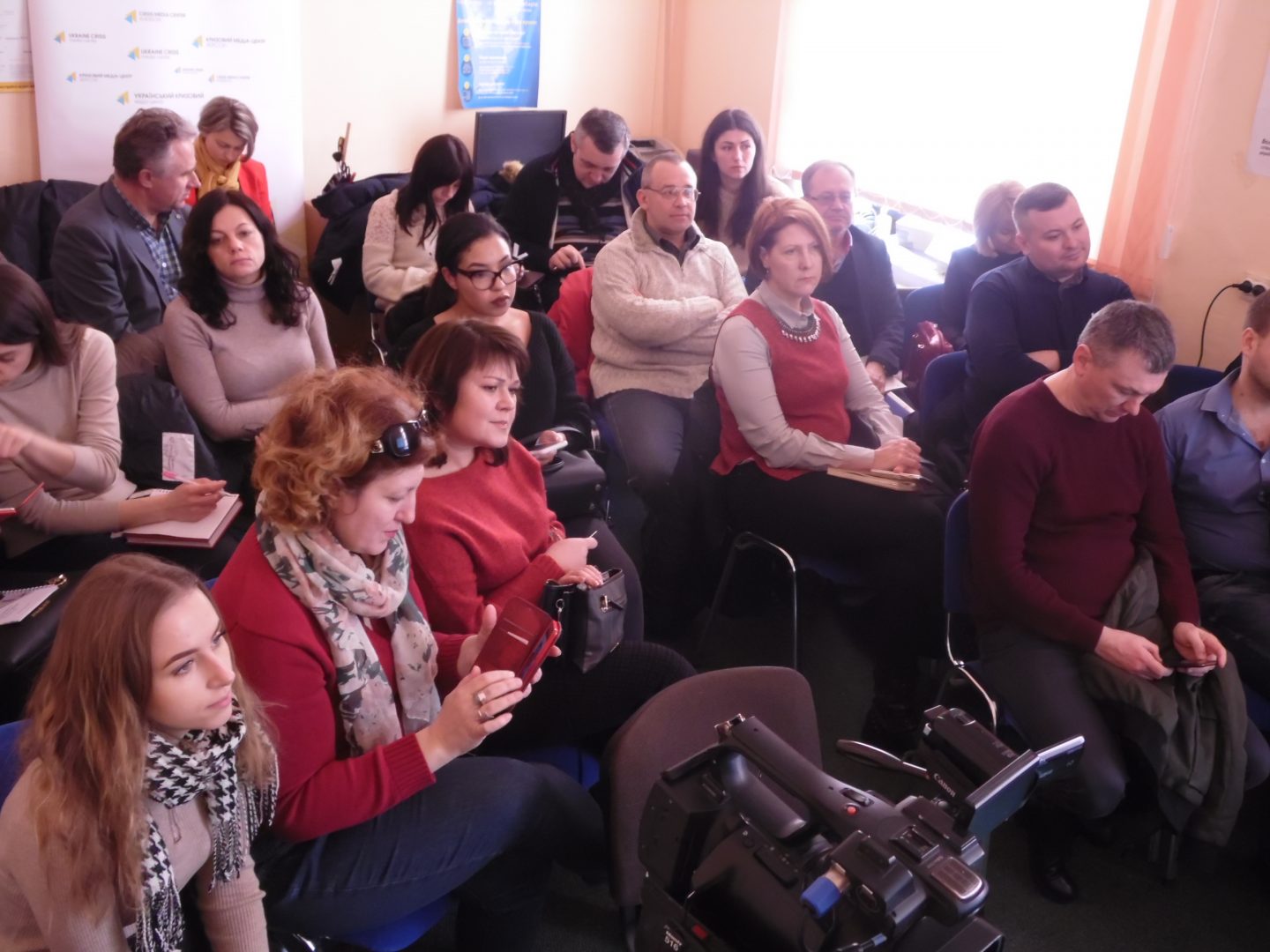 Elections of city, village and settlement mayors will also be held on two different election systems, but these systems have already been applied before.

Thus, cities with more than 90 thousand voters (in our region it is only Kherson) will elect the mayor with the help of the majority majority system, that mean in two rounds. For all other communities, the mayoral election will be held by a majority system of the relative majority, that is, the winner will be determined in one round and the one will win, who got more votes. 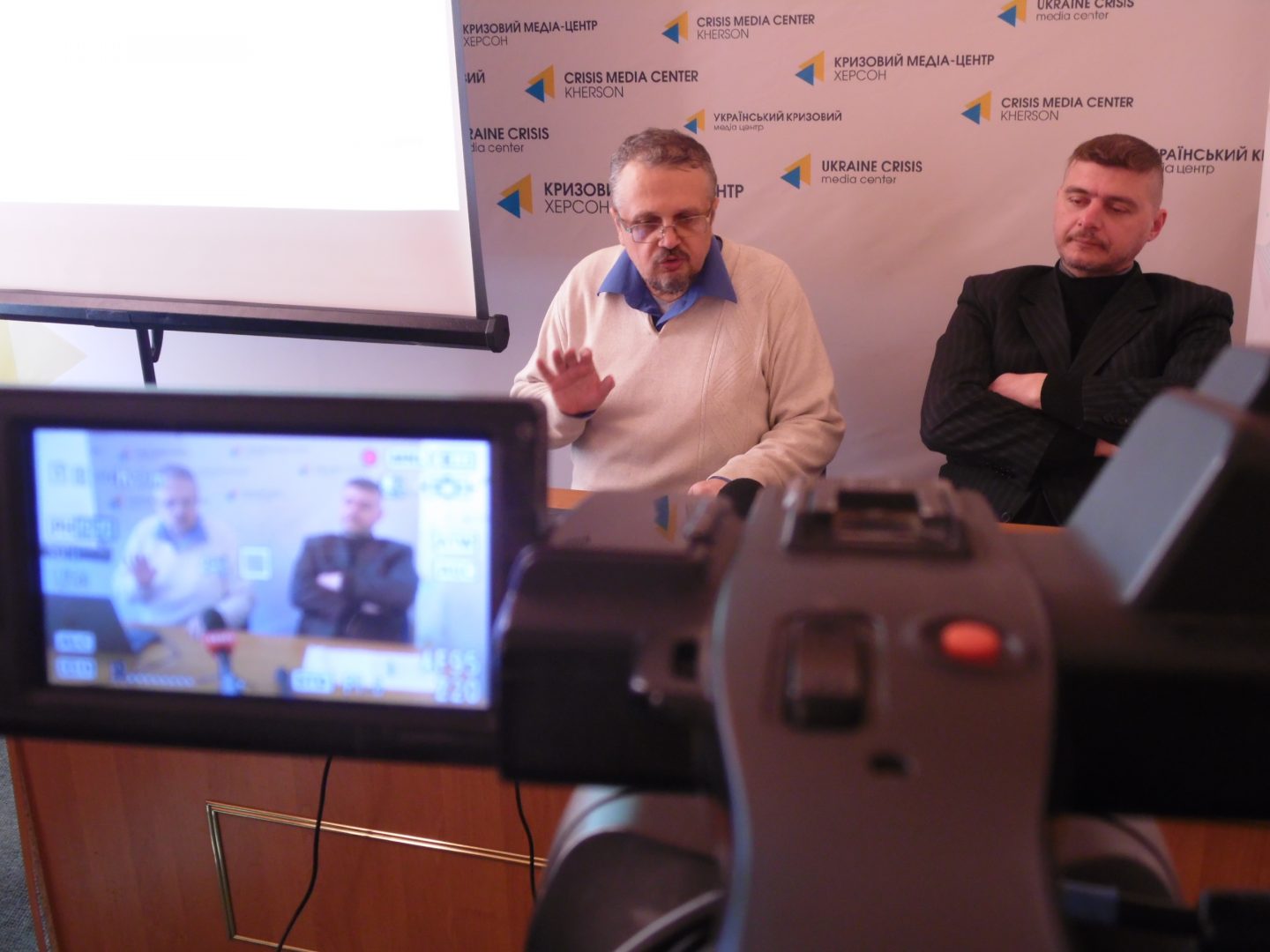 The formation of constituencies has generated much debates. “The number of constituencies is defined as the whole proportion of the division of the relevant council by 10. The formation of these districts may not deviate from their average indicative number by more than two counties. Accordingly, three to seven districts may be created by election to the Kherson City Council. The number of voters is not important. It is important that these districts do not consist of parts of different districts of the city and that they are adjacent to each other, ”said CVU expert Vladimir Molchanov.

How many constituencies can there be in elections to the Kherson city council? Volodymyr Molchanov answered this question: “It is important that there cannot be three of them, because then the parties will not be able to fill the regional lists with candidates. The fact is that in each regional list there can be from five to twelve candidates. If there are three constituencies, the party will only be able to nominate 36 candidates for 54 seats, which will be a violation. Therefore, six districts with an average of nine candidates are considered optimal. But then another problem may arise because the three Kherson districts have different numbers of voters. Even between the Dnieper and Suvorov districts, the difference is about twenty thousand voters. Accordingly, parties must form regional lists with different numbers of candidates. ”

Party lists will only be applied in the “first-tier elections” – to the oblast and Kherson city councils – said Dementy Bely. All other councils in our area can nominate candidates as parties and go for self-nomination. In this case, voters in the bulettin will tick one of the candidates’ names. In the elections to the regional and Kherson city council candidates are nominated by the party. Each candidate will be included in only one citywide and one regional list. In each of the lists he will receive his number, which will play an important point in determining the winners. Voters will fill in the ballots for this election by marking the party and putting the candidate number for which they vote in the regional electoral list.

The cash deposit increased in several times. But not everyone will make it. Participants of the election process are exempted from the pledge to the “second tier” councils. But those who run for regional or Kherson city councils or for the post of  mayor will have to pay a small amount. A candidate for mayor of a regional center or a party nominating their candidates must pay approximately UAH 507 thousand. The pledge for participation in the regional council is three times greater – 1 million 581 thousand UAH. Therefore, this may limit the number of participants in the election process.

How will winners be determined? Only those parties that have received more than 5 percent of the electorate within a single multi-mandate district shall participate in the distribution of parliamentary seats. The establishment of results and the allocation of seats between parties and candidates takes place in several stages, the main ones being: determining the electoral quota (the number of votes required to win one MP), determining the number of seats received by the party, determining specific winners initially at the level of regional election lists and then at the single constituency level. During the discussion, CVU representatives recalled that the election quota in 2015 amounted to 1,283 votes in the Kherson City Council.

As we can see, the place on the lists is extremely important. More likely to be the first in the regional list. Although the practice of countries with an open list system shows that often voters vote only for the party. We do not know how we will be. It all depends on the campaign and vote count. We do not yet have experience of counting votes for the party and for the candidate.

Among the threats, the participants named a large number of elections in Kherson in some localities (oblast, city, city mayor, district in the city, village mayor, village council).

As a result of the discussion, it was concluded that people’s deputies should be corrected and clarified certain norms that regulate the terms of the election process, the rights and obligations of the subjects of elections. Among other things, they all unanimously spoke in favor of reducing the pledge, which for Kherson will be about 500 thousand gryvnias for the party’s electoral list, 500 thousand gryvnias for candidates for mayor and about one and a half million gryvnias for the party list to the regional council.

The event was part of the Contemporary Regional Media Project – a pledge of quality in a media-competent democratic Ukraine, which is being implemented by the Ukraine Crisis Media Center with the financial support of the Norwegian Ministry of Foreign Affairs represented by the Norwegian Embassy in Kyiv.