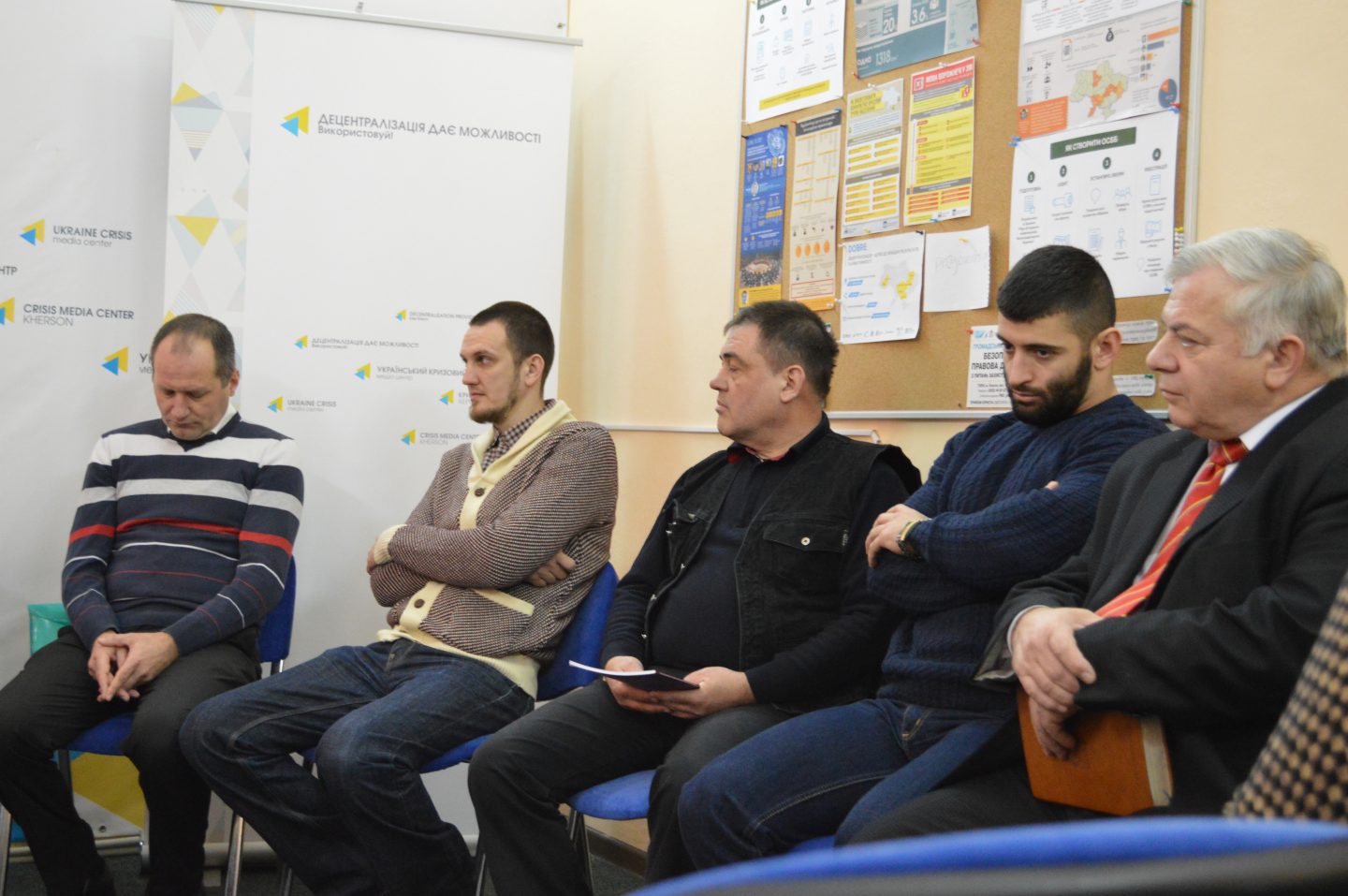 On December 17 Crisis Media Center Kherson held a discussion “Multiculturalism of Southern Ukraine: Problems and Prospects” with the aim to discuss the existing but not public problems in Kherson interethnic field, search for answers and solutions, possible ways of coexistence of different cultures within united communities.

Representatives of Roma, Russian, Armenian and Crimean Tatar communities spoke of present conflicts. Yuriy Ivanenko, President of the Roma Council of Ukraine, member of the International Roma organizations “Ketene”, stressed that xenophobia and intolerance is characteristic of some media outlets and individual journalists.

“I would like to appeal to journalists because a lot depends on them. In fact, as soon as anything happens, for some reason, journalists will point out immediately that it was surely done by the Roma. As you know, this led to the events in Odessa, where entire families were evicted although the person who allegedly committed the crime was half Roma and half Bulgarian. But it seems that all Bulgarians are sane, while Roma are not. Therefore, everything depends on you, on how you provide this information,” stressed Ivanenko.

Artur Madatyan, First Deputy Head of the Kherson regional organization “Union of Ukrainian Armenians”, emphasized that there are no conflicts in everyday life at present, but it all depends on whether we raise sensitive ethnic issues and bring them up for general discussion.

“If we mean a conflict of Armenians with other ethnic groups, we often recall the Nagorno-Karabakh issue. We had better not raise these issues. Here we are Armenians and we get on well with Azerbaijanis, there are no conflicts. But when it comes to propaganda from all sides a conflict begins along with provocations,” stated Madatyan.

Abmedzhyt Suleymanov, representative of the Mejlis of the Crimean Tatar People in Kherson region, touched upon the issues of the lack of official dialogue between Crimean Tatars and the local authorities. Among other things, provocations about the new “Crimean Tatar autonomy” in Kherson region and the conflicts between the Crimean Tatars and local population are rather common in the media. Several border area communities have already united. In the next two years all communities will be united, and the problems that are arising now and stirred up by some provocateurs may have severe effects. The speaker emphasized that currently no open conflicts have been recorded.

“My coming here is the hope that some center will finally appear, and we will discuss the numerous problems that exist in Kherson region. I agree with my neighbor that there is no need to  raise a subject of Nagorno-Karabakh. Raising it means creating a new conflict between Armenians, Turks and Azerbaijani in the territory of Kherson region… However, we should address these issues [ethnic conflicts in the region – UCMC] rather than avoid it. It is a burning issue in our Kherson region, and the Russian government may use it at any time to create the situation similar to that in Crimea,” concluded Suleymanov.

The discussion allowed discussing and extending the understading of the common features of intercultural interaction in Kherson for the first time. In the course of community unification dialogue like this should be initiated in communities with coexisting different culture repreesntatives. According to the discussion participants, one of the main aspects of future cooperation is the creation of children’s camps that will instill ethnic tolerance in future generations.