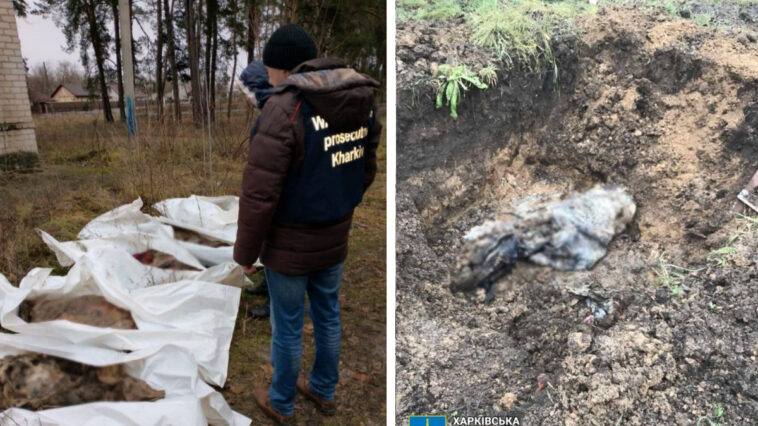 Law enforcement officers in the Kharkiv region exhumed the bodies of five civilians who died as a result of an airstrike by the Russian army: among them a baby who was only 1 year 9 months old. This was reported by the Kharkiv Regional Prosecutor’s Office.

Law enforcement officers exhumed the fragments of the bodies of five civilians at the cemetery in the village of Slobozhanske, Izyum district: all the dead were victims of Russian aggression. Among the dead: two women, a man, a girl aged 10 and a boy aged 1 year 9 months. Their bodies have been sent for forensic medical examinations.

On March 9, as a result of aerial bombardment of the village, they died in a multi-storey building, which was destroyed.

Under the procedural supervision of the Kharkiv Regional Prosecutor’s Office, a pre-trial investigation was initiated over the violation of the laws and customs of war combined with premeditated murder (Part 2 Article 438 of the Criminal Code of Ukraine).