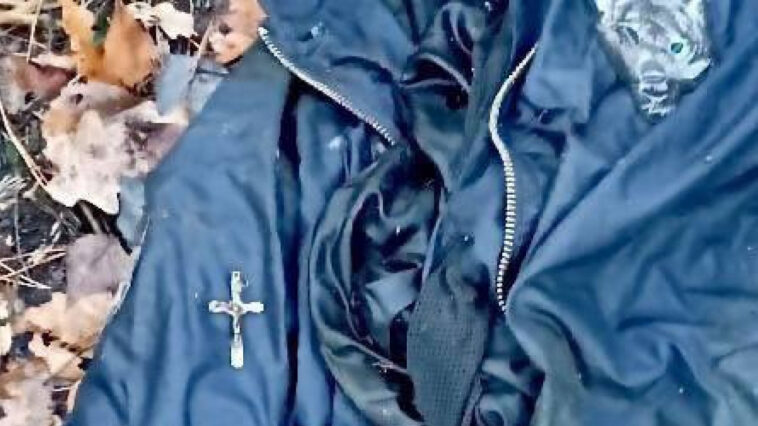 Bodies of civilians killed by Russians are still being found in the forests of the Kyiv region. This time, a body was found near the village of Nemishaeve. Chief of the police of the Kyiv region Andriy Nebytov, told about this in Telegram.

Human remains were found in the forest by local residents. During the examination of the corpse, the police established that the man died during the occupation of the Bucha district.

“The man’s height was about 190 centimeters, his foot size wass 43. He was wearing a blue jacket, blue jeans, black shoes and dark underwear. We found an Orthodox cross in the chest pocket of the deceased’s jacket,” reports Andriy Nebytov.