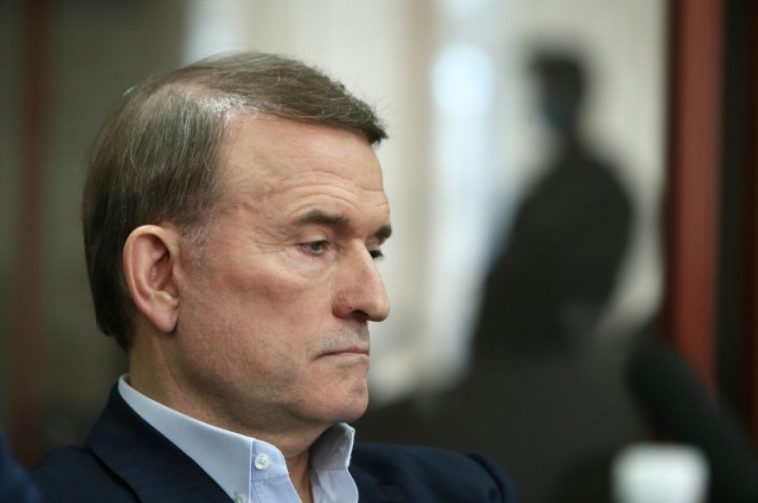 The situation in the combat zone remains turbulent. The Ukrainian troops maintain readiness.

On October 8, new charges were brought against Viktor Medvedchuk, the Prosecutor General of Ukraine Iryna Venediktova said. The leader of the “Opposition Platform – For Life” (Opozytsiyna Platforma – Za Zhyttia, OPZZh) party was charged with smuggling coal out of the temporarily occupied territory in Donbas.

“The State Bureau of Investigation together with the Security Service under procedural guidance of the Office of the Prosecutor General found complicity by the MP in a fraudulent scheme designed to bring coal from the temporarily occupied territory of Ukraine. Those activities embrace the period between the end of 2014 and the beginning of 2015. The state-run Ukrainian companies spent more than UAH 200 million (USD 7.6 million – edit.),” the Prosecutor General said in a statement on Facebook.

Medvedchuk was charged with committing treason and providing material support to a terrorist organization, Venediktova said.

He is also accused of violating the rules of war. He faces from 12 years to life in prison. Medvedchuk was earlier indicted on charges of attempting to steal natural resources, passing Ukrainian military secrets to the Russian security service, and acting against the interests of Ukraine.

Parliament removes Speaker: how is that seen?

On October 7, the Parliament removed the Speaker Dmytro Razumkov from office. The no-confidence motion passed by a vote of 284. The majority party “Servant of the People” (Sluha Narodu) supplied the majority of votes (215). Other factions that voted in favor of the motion include Batkivshyna (Fatherland, six votes), Za Maybutne (For Future, 19 votes), Dovira (Trust, 18 votes), and part of Golos (Voice, six votes). Also, six independent MPs supported the motion.

The next day, the Parliament voted in a new Speaker, Ruslan Stefanchuk.

Who is Dmytro Razumkov? In the snap parliamentary election of 2019, Razumkov was one of Zelenskyi’s close allies. He topped the “Servant of the People” party list. Then, the relations broke down. Razumkov rejected all candidates to the post of the Head of the Parliamentary Secretariat suggested by the “Servant of the People” party. The biggest dispute erupted between the leaders of the faction and the Speaker over the so-called de-oligarchization law approved on September 23. The law regularizes the term, and lays out restrictions for those labelled “oligarchs”.

What Ukrainian analysts say. Razumkov pursued independent political game, some analysts say. “Razumkov demonstrates his subjectivity in politics, his unwillingness to play a supporting role in a scenario that has just one protagonist,” said Viktor Bobyrenko, political expert. During the two years in office, Razumkov treated equally all factions. He is often referred to as a compromise political figure.

“Servant of the People” party also suspects him of planning to start his own political party.

How international experts react. This is a big deal and one more sign that Zelenskyi is consolidating power and eliminating potential rivals, Melinda Haring, deputy director of the Atlantic Council’s Eurasia Center twitted in response to the Speaker’s removal.

Razumkov tried to follow the rules of procedure in the Rada. Not a good look for Ukraine, she added.

“Razumkov’s removal marks the departure of the last powerful person, who was not just a yes-man and who at times questioned the course of the president – like the deoligarchization law or the role of the NSDC (National Security and Defense Council – edit.) and its excessive usage of sanctions,” twitted analyst Mattia Nelles.

Ahead of the Speaker’s removal, Anders Åslund, former supervisory board member of Ukrzaliznytsia twitted: “Ukraine’s Rada Speaker Dmytro Razumkov insisted on Zelensky’s anti-oligarch bill being vetted by the Venice Commission. Zelensky disapproved and adopted the bill without that check. Now Zelensky’s obedient majority is about to oust Razumkov. Not good.”

On October 6, Ukraine Crisis Media Center hosted an expert debate entitled “Invisible hand or iron grip of Moscow? How Ukraine readies for winter as prices at European gas hubs soar.” The debate takes place amid a spike in gas price in European stocks, and worries of local authorities in Ukraine over tight heat supplies this winter.

Read also: “Why gas price surges in Europe, and how it relates to Ukraine”

Europe risks dependence on Russia. There are several reasons behind the more than twentyfold increase in gas price, said Hennadiy Ryabtsev, energy expert. First, gas traders played to bring up prices. They will later play to bring them down. Second, deficit is looming in the European gas market, as the Netherlands vowed to cut production starting spring 2022, and the U.S. promised to cut exports of liquefied gas seven times. Exports from Norway and Algeria are modest. Qatar refocused on Asian markets. The “golden share” fell into the hands of Gazprom. Despite ambitious plans to increase exports of gas to Europe, Russia’s gas giant capped supply at the contracted volume that has grown by 15 per cent in 2021. Moscow will not increase exports until April 2022 when Nord Stream 2 is expected to start operating, Ryabtsev said. Until then, Gazprom will be able to change the pipeline load manually, leaving Europe dependent this winter.

Both Ukraine and the EU need to take a firm stance on gas, Stefanishyna said. “Russia fears force and response to its aggressive actions. If the EU puts forward a consolidated position, Russia will cut its appetite, like it did withdrawing troops from the contact line in Donbas,” she added.

Nord Stream 2 will flow gas from Russia to Germany. The operator began to fill one of the two pipelines with gas for tests. Pending certification stands in the way of the pipeline’s operation.

The pipeline’s operator requested certification from the Germany’s Federal Network Agency on September 13. The Agency has four months to study the case. The draft will then be considered by the European Commission in the course of two to four months.

The coronavirus situation in Ukraine continues to worsen. On October 10, Ukraine recorded 8,832 coronavirus cases, 207 deaths, and 2,053 recoveries. Hospitalized were 2,672 people with suspected or confirmed Covid-19.

Ukraine ranks 7th by daily number of infections in the world, and third in Europe.