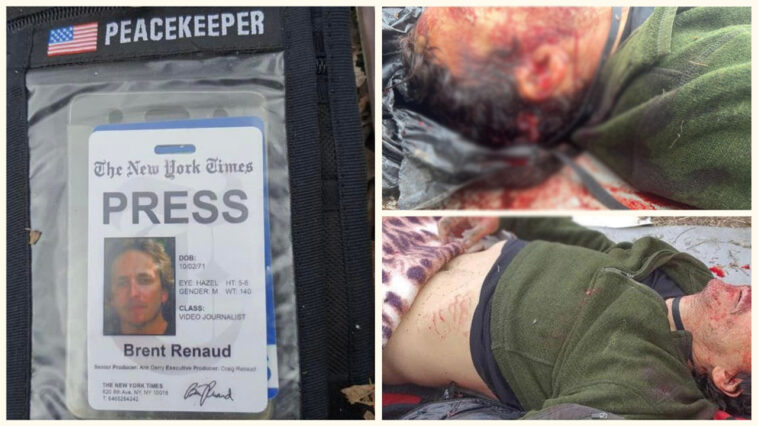 This was reported by the Kyiv region Police Chief Andriy Niebytov and Adviser to the Minister of Internal Affairs of Ukraine Anton Herashchenko.

Correspondents from the United States covered the evacuation of local residents from Irpin, when they came under fire by Russian terrorists.

According to police officer Oleksandr Buhay from the scene, Brent Renaud died on the spot. A Russian bullet hit his head and came out through his eye.

Mr. Renaud had contributed to the New York Times in previous years, most recently in 2015, but he was not on assignment for the company in Ukraine. Early reports that he was working for The Times in Ukraine circulated because he was found with a Times press badge that had been issued for an assignment years ago.

Mr. Renaud had worked for a number of American news and media organizations in the past, including HBO, NBC and The New York Times.

In addition to the victim, two other journalists were injured, the policeman Oleksandr Buhay reported.

The wounded journalists were taken out of the combat zone and taken to Okhmatdyt Hospital, where they are being treated by medics.

Russian war crimes and terrorism have long gone beyond Ukraine. Now the victims of the occupiers are US citizens, journalists who were fulfilling their mission, showing the truth about Russia’s brutal war of aggression against Ukraine to the world.

🔞Attention, shocking photos and videos! Sensitive people and minors are not recommended to watch!