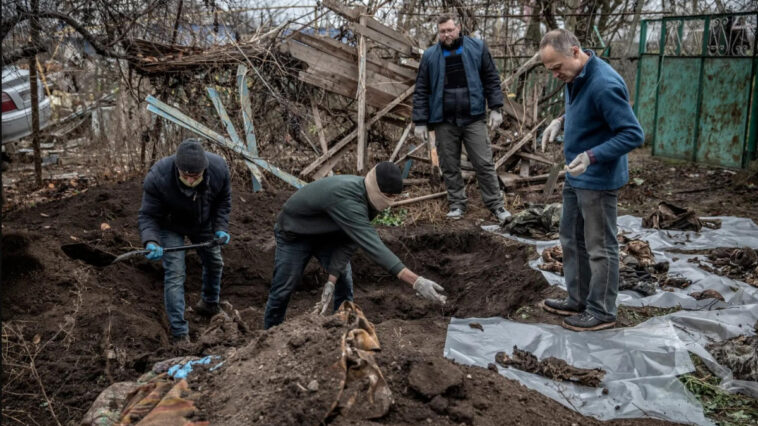 A mass grave of people killed by the Russians was discovered in the village of Pravdyne on the outskirts of Kherson. It is reported by The New York Times.

Six guards and a teenage girl were killed by Russians after a local collaborator reported that they were allegedly spying for the Ukrainian defense forces. Bodies were found blindfolded, with their hands tied. All were shot at close range in the back of the head.

The house was blown up after the murder, and the bodies were later buried by the locals in a grave near the house.

Kherson and surrounding villages in southern Ukraine were liberated after eight months of brutal occupation when Russian troops suddenly withdrew more than two weeks ago.