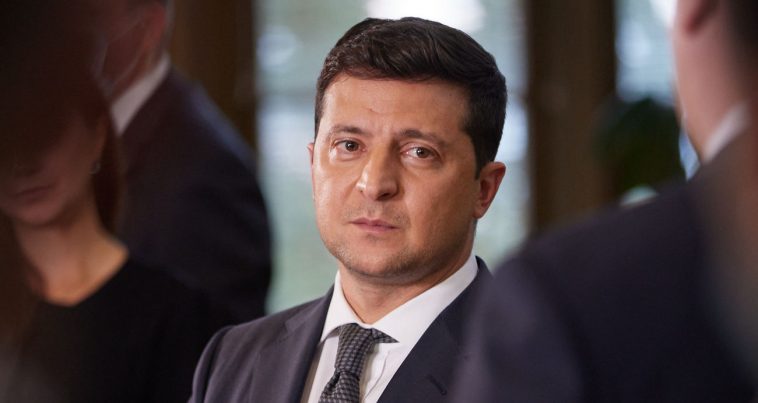 OSCE. On October 17, the OSCE Special Monitoring Mission to Ukraine (SMM) suspended operations in occupied Donetsk on security concerns. The decision follows the protests in Donetsk on October 15 and 16 staged by “DNR” supporters. They blocked the entrance to the Park Inn hotel housing the mission’s office.

Despite the suspended operations in occupied Donetsk, the OSCE Special Monitoring Mission to Ukraine continues operations in the uncontrolled part of Luhansk region.

OSCE calls to remove obstacles to free movement of the mission’s monitors.

The OSCE SMM’s mandate dictates that the mission records facts and issues reports on principles of unbiasedness and transparency, the organization said in a statement.

Investigation by Slidstvo.Info based on the Pandora Papers showing that Zelenskyi and his inner circle had offshore companies revealed nothing new, President Zelenskyi said. He denied that he laundered funds.

“As a professional, I have to tell you that the story is mediocre. First, there is nothing new. It was déjà vu for me. In 2019, I saw same videos on television channels of oligarch Poroshenko. He understood that there was no actual dirt on me,” Zelenskyi said in an interview with ICTV television channel.

“Gladly, I saw nothing new. Apparently, since 2019, Petro (Poroshenko – edit.) found nothing against me as the President of Ukraine,” he added.

At the same time, Zelenskyi did not deny that in 2012, he used offshore companies. “In the times of Yanukovych, everyone restructured their businesses, especially media businesses. Absolutely all television channels established companies abroad. That was a chance to avoid political influence. ‘Kvartal 95’ had satire, and there was pressure, everyone wanted to influence it. The tax authority checked us weekly, if not daily. For the studio ‘Kvartal 95’ that was ‘business restructuring’, that’s what it was called,” Zelenskyi said.

Neither he, nor members of “Kvartal 95” laundered money, he underscored.

On October 3, Slidstvo.Info released a video of their investigation based on the global data leak Pandora Papers.

The first line of the Russian gas pipeline Nord Stream 2 was filled with so-called technical gas and is ready to operate, the pipeline operator Nord Stream 2 AG said as quoted by Yevropeiska Pravda.

The string was filled with 177 million cubic meters of gas, the operating pressure of the pipeline is 103 bar, the operator’s statement reads.

The pressure is enough to start flowing the gas. The second line of the pipeline is tested.

Nord Stream 2 needs to be certified as an independent operator to start flowing the gas from Russia.

The pipeline’s operator requested certification from the Germany’s Federal Network Agency on September 13. The Agency has four months to study the case.

The draft will then be considered by the European Commission in the course of two to four months.

Reaction from Ukraine. Naftogaz Ukraine PJSC appealed to the European Commission asking to join the debates over Nord Stream 2 certification as third party.

The European Commission hired an independent agency in the EU to analyze risks and threats from Nord Stream 2 in an effort to avoid prejudice from Ukraine.

In a new infographic, UCMC’s Hybrid Warfare Analytical Group Looks at how Russia destroys the ecosystem in the illegally annexed peninsula.

Last week, daily deaths were much higher and peaked at over 450 a day. Worst numbers are predicted from late October to early November.

Vaccinations. Since the vaccinations began in Ukraine, 6,490,162 people have been fully immunized, and 7,956,095 people have received the first dose of a COVID-19 vaccine.