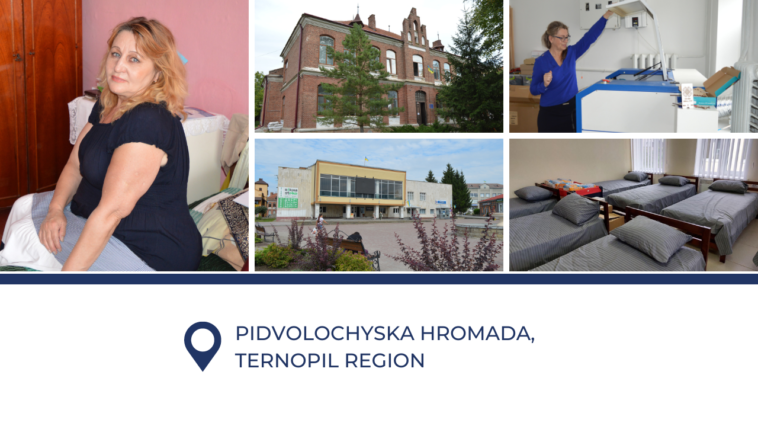 The Pidvolochyska town hromada (territorial community) is one of the biggest in Ternopil region. It borders on Khmelnytskyi region. Pidvolochysk, a town on the right bank of the Zbruch River, has 500 years of history. Architectural sites reminiscent of the Austrian Empire – the Hromnytski villa and the former Austrian town hall, attract the visitors. The hromada’s present-day experiences are as captivating as its past. It copes with war challenges and continues to grow supported by the charities and international development programs.

Since Russia’s full-scale invasion of Ukraine, Pidvolochyska hromada, like most of the communities in Western Ukraine, has played host to internally displaced Ukrainians. The hromada has hosted 10 thousand refugees, of which seven thousand stayed in the community between one and five days, and three thousand stayed over a month.

“In the first weeks of war when our community hosted thousands of internally displaced people, we had to decide where to shelter them and how to provide food to them. We created a humanitarian center, and the residents united to help them. Families hosted the refugees, and our social and education facilities provided shelter. About 900 people who had to flee their home are permanently staying in the hromada. Charities and international projects help us cope with war challenges, and the USAID DOBRE Program, our partner since 2018, is one of them,” the head of the hromada Vitaliy Datsko said.

In Pidvolochysk, the community arranged three shelters for internally displaced people – in a dormitory of an education facility, at the territorial center of social services, and in the community house. DOBRE Program provided beds, matrasses, pillows, blankets, and bed linens for hromada’s new residents. They also sent in washing machines, dryers, metal storage cabinets, generators, hygiene kits etc. The assistance is worth more than UAH three million (approx. USD 81.7 thousand).

Forty people live in a dormitory of a local education facility. The community arranged a laundry room and a kitchen, and provides two meals a day for the refugees living there. The residents and charities contribute food to the initiative. 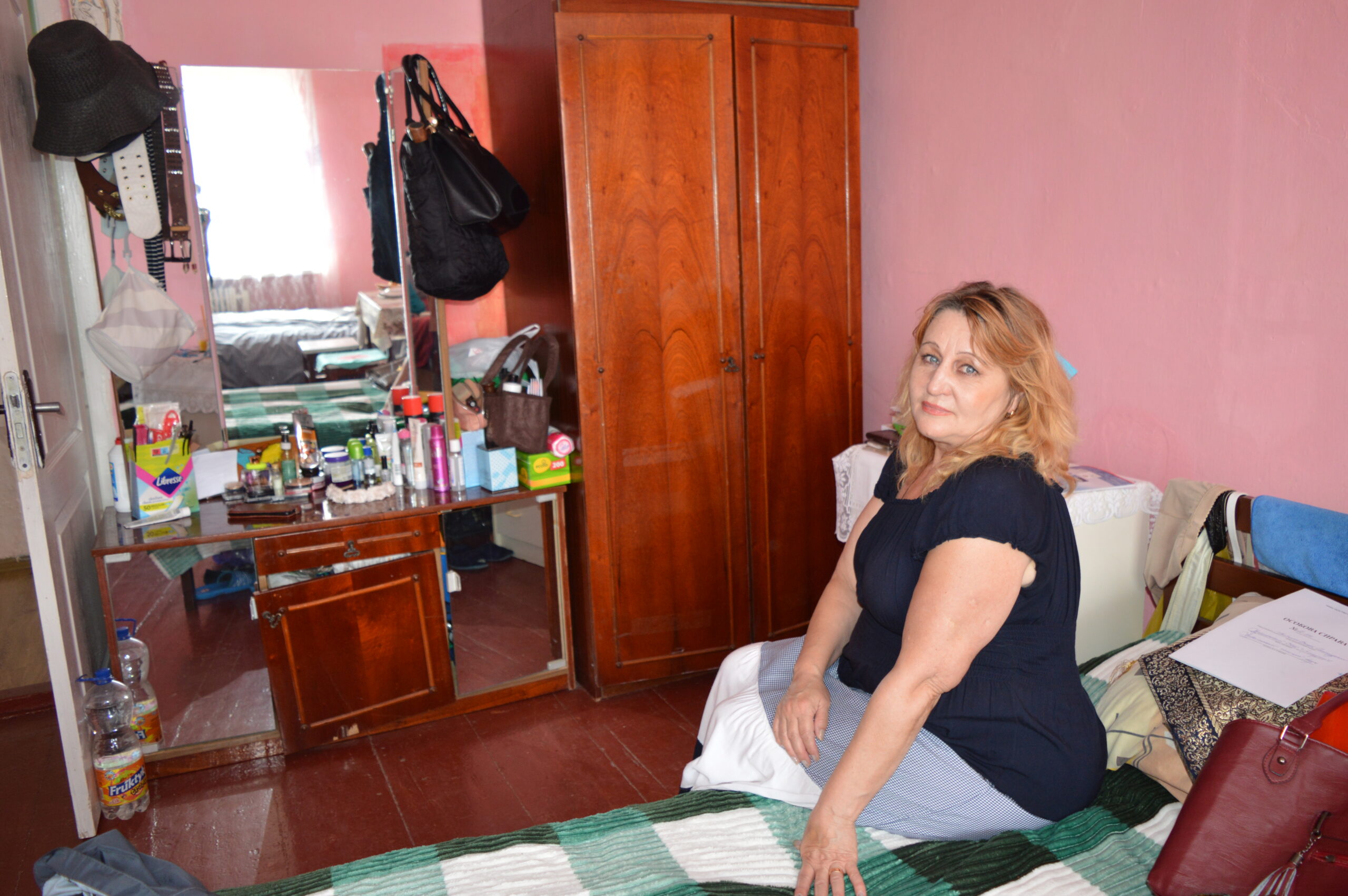 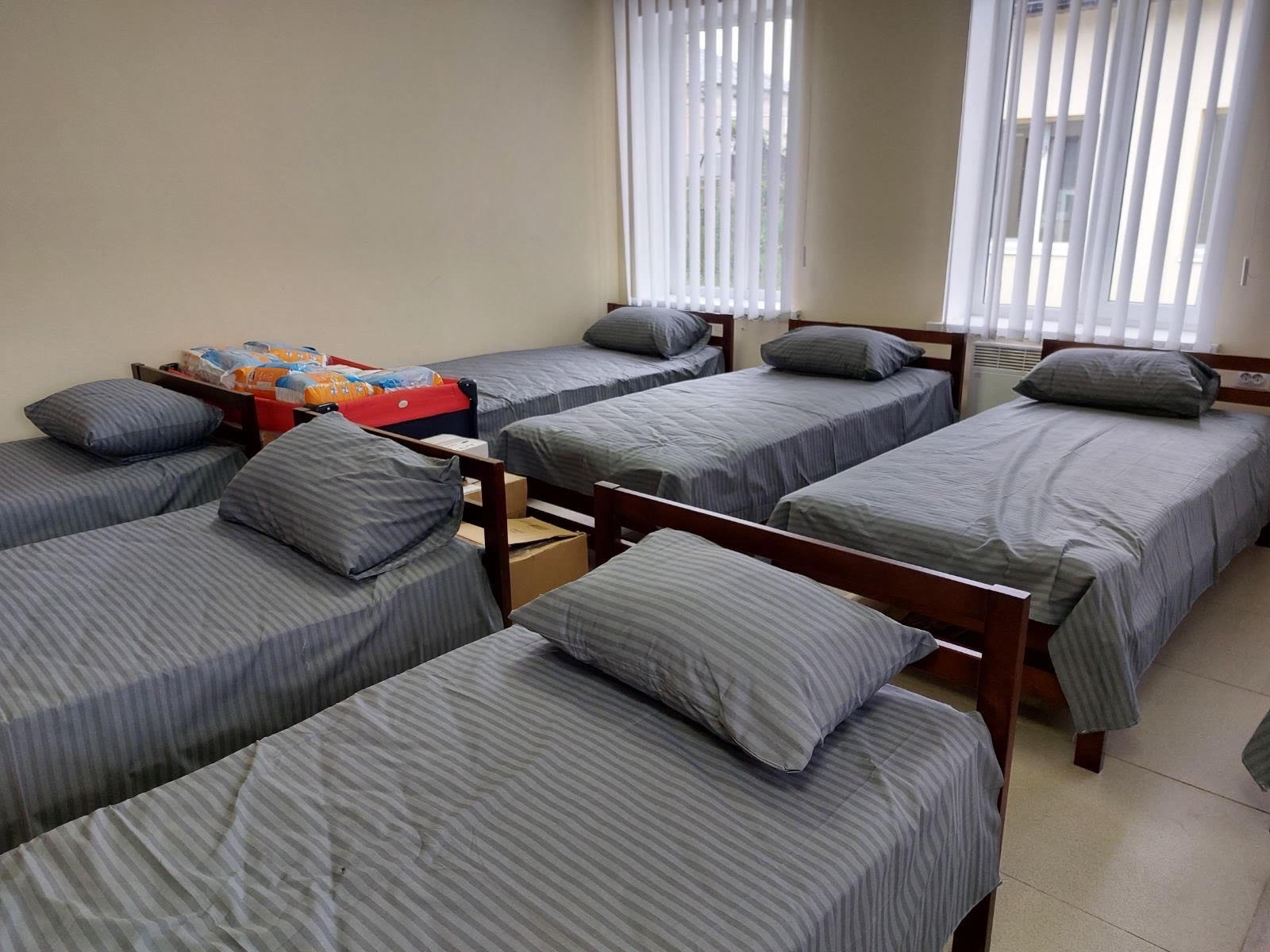 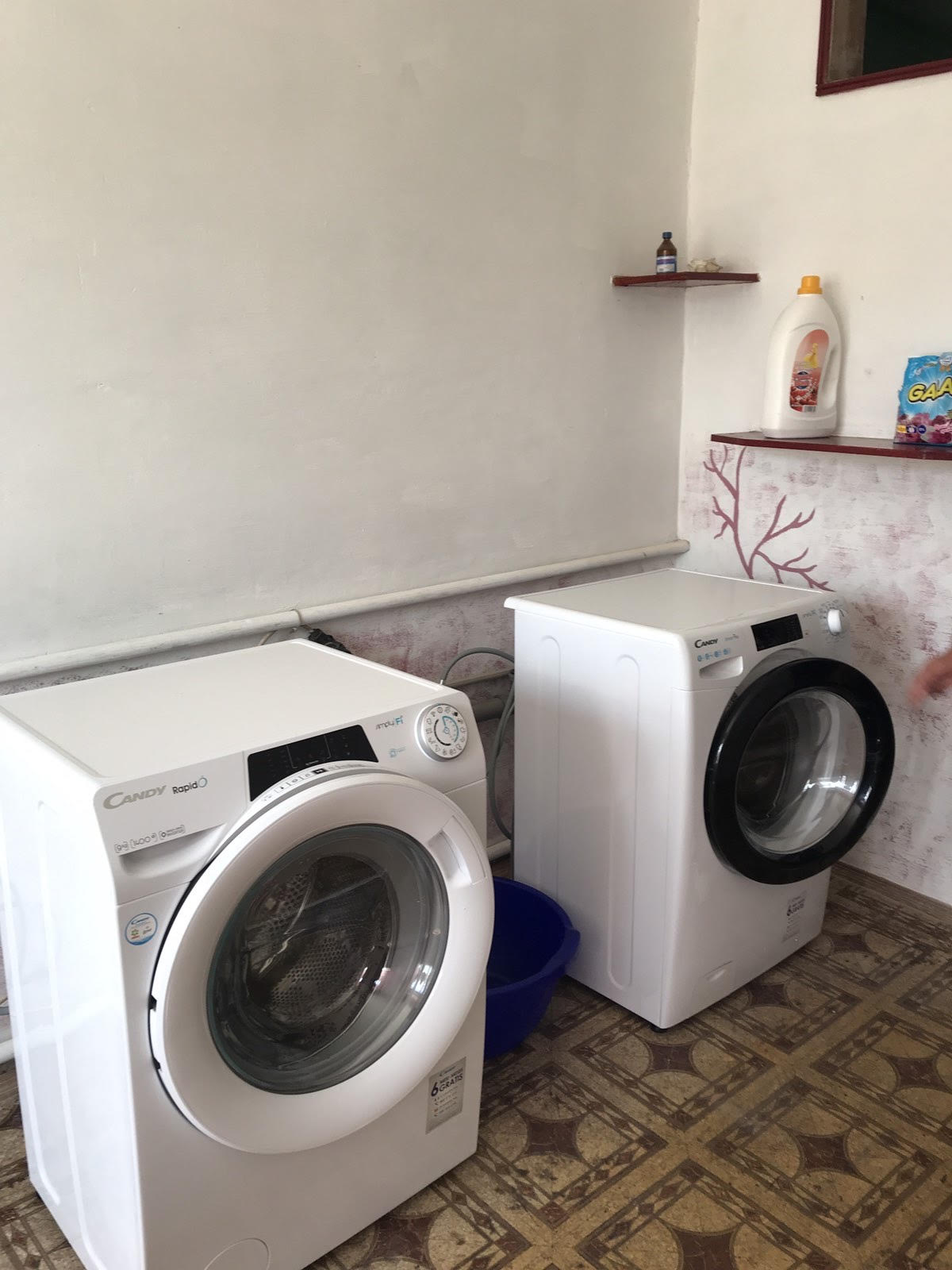 “We only met good people on our way”

Lyubov Shevchenko, 60, had to flee Popasna, in Luhansk region. She recalls with calm the horrible weeks she went through. She is grateful to the people who helped her – provided housing, food, and medical services, and helped her forget those horrors.

“My two granddaughters lived with my co-mother-in-law in Popasna. I lived in Loskutivka, close to Popasna. My daughter and her husband went to work in the Czech Republic before the war. I worked on the railroad and took a train to work every day. On February 24, the train was cancelled, and I realized that something happened,” Lyubov said.

Once heavy attacks began, the family hid in the basement and cooked on fire. They were running out of cash, while it was no longer possible to withdraw more money.

“We tried to carry on together – me, my co-mother-in-law, and my two granddaughters, they are eight and 14 years old. As the war began, it was still possible to buy canned food, bread, and groats. We would sometimes receive humanitarian aid. When the situation began to deteriorate, we decided to leave to save the children. We had two cats, and the children did not want to leave without them. Unfortunately, shortly before the evacuation one of the cats was wounded. Of course, we took them with us. We left by bus to Slovyansk on March 23, and we came under shelling. We took an evacuation train to Khmelnytskyi, and then came to the Pidvolochyska hromada by bus. We went through horrible weeks, but we met only good people on our way,” the woman said.

In the Pidvolochyska hromada, Lyubov Shevchenko was able to replace her documents, get medical treatment, and find shelter and support. Her granddaughters went to live with their parents. Lyubov is grateful to the hromada for hosting her and helping her to adapt in the community.

Internally displaced people that are exhausted psychologically and physically, need rehabilitation. They can get the services through the territorial center of social services of the town council. The center, established in 2018, received up-to-date diagnostic and rehabilitation equipment as part of an intermunicipal project between the Pidvolochyska, Skalatska, and Skorykivska hromadas.  Pidvolochyska hromada entirely renovated two sections of the building to devote them to hospital care for older adults. The unit has 16 beds, and there’s a team of professionals. The USAID DOBRE Program bought more than USD one million worth of equipment and furniture, including medical beds, a portable ultrasound machine, electrocardiogram machine, Holter monitor that measures the heart’s activity, massage table, foot massager, handheld massager, electrostimulation device etc.

“We have up-to-date equipment, and we provide more than 20 services for the residents of our hromada and the neighboring communities that partnered with us to implement the project. The services are free of charge for internally displaced people,” the director of the territorial center of social services of the Pidvolochysk town council Oksana Kapelus said.

The only robotics lab for kids in Ternopil region

On September 1, a robotics lab reopened at the creative youth center. The lab was established in September 2020 through cooperation with the USAID DOBRE Program. It is the only such laboratory in Ternopil region. The idea of the project came from the young people, and was later supported by the hromada and an international donor organization.

Pidvolochyska hromada renovated the premises of the studio and paid for training for the trainers at the Kyiv robotics engineering school BROBOTS. DOBRE Program bought equipment for the lab, including a laser cutting machine.

Since 2020, 90 girls and boys attend the programming and robotics classes. The children learn to code and design robots. They can become engineering designers or technicians in the future. The robotics lab has soldering equipment, tools, computers and teaching materials, and has room for 12 kids.

“Today’s world is a world of computer programming and information technology. A robotics lab gives a unique opportunity to the children of the town community to choose a robotics programming, technology or design job in the future that is in demand today. Our kids win prizes at Ukrainian and international competitions, which proves that our work is not futile,” the director of the Pidvolochysk creative youth center Nelya Yarema said.

Ahead of a new academic year, the center arranged a bomb shelter and has spots for more students. Nelya Yarema shows us some of the items that the kids designed and produced with a laser cutting machine. Christmas decorations, lamps, and souvenirs are all of high quality, and will be in demand by local residents and tourists.

The center of the Pidvolochyska town hromada is a successor of the former rayon center. By that time, the head of the hromada Vitaliy Datsko had served in the local self-government – he was the town head from 2010. Under his leadership and with the support of his team, the towns and villages voluntarily united into a hromada in October 2015. Datsko ran for town head while serving as a military service member in eastern Ukraine.

“Decentralization gave us budget autonomy. We can plan the budget spending of the hromada. Decentralization makes quality services available to the people, and at the same time entails a lot of responsibility. Granting of authority to local governments will contribute to the growth of Ukraine,”   the head of Pidvolochyska hromada Vitaliy Datsko said.

The hromada inherited infrastructure sites from the rayon, including schools, community centers, medical and social facilities. Water supply, waste management and road repairs were some of the tasks the community had to address.

In October 2018, Pidvolochyska town hromada became a partner of the USAID DOBRE Program. The program’s professionals helped to prepare the hromada’s development strategy. They jointly polled the residents to define the goals – better access to quality services, economic progress, road repairs and environmental protection.
The hromada together with DOBRE Program implemented more than 10 large and small projects that bolstered its capacities. These days, they also help to cope with war challenges. The hromada equipped the session hall with the electronic voting system Rada, installed a LED display on the central square of Pidvolochysk, and received tablets. Its experience of surveying the residents is also an important gain. The hromada together with DOBRE Program developed a plan to improve solid waste management. The program bought a waste collection vehicle, while the community arranged waste pickup sites and purchased waste carts.

Knowledge is the most important gain of cooperation with the program, the head of the hromada said. Pidvolochyska hromada has been trained to maintain transparency and report publicly, engage the residents in budgeting, efficiently use own resources and attract investment.