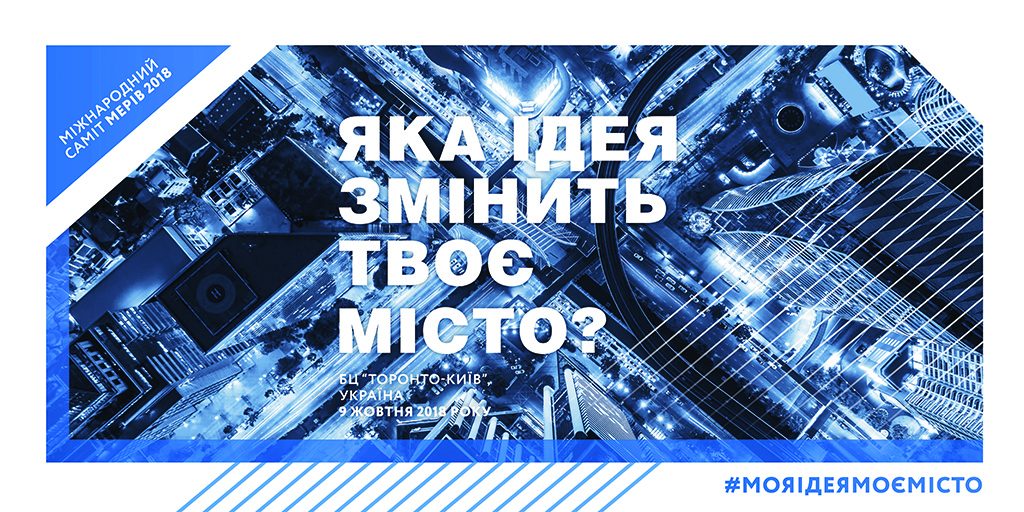 For the first time in Ukraine, a campaign called “What Idea Can Change Your City?” is being launched by the Western NIS Enterprise Fund and the BigBoard Company as part of the International Mayors Summit.

The campaign aims to involve citizens, communities and businesses in generating and implementing ideas that will transform the country’s cities. The campaign slogan will be visible in biggest Ukrainian cities on local billboards and light boxes giving local residents a chance to offer their own ideas on the International Mayors Summit website at – http://internationalmayorssummit.com and through social media nets by using the hashtag #мояідеямоємісто (#myideamycity). Every submitted idea will be passed on to the local mayor for consideration. Authors of three best of them will participate in the Mayors Summit and will demonstrate their ideas to the mayors in person.

“No matter where you live in, your city is yours and you can be creative about it,” says Iryna Ozymok, founder of the International Mayors Summit. “Local communities represent important human capital for their mayors, while the business community can be an idea generator. Realistically, no mayor can find solutions to all the local problems at the same time. That’s why we’ve come up with a new way to collect original ideas during the International Mayors Summit. After the Summit, the ideas people submit will be presented to various mayors to be considered and the most useful and original ones will be put into practice.”

Cooperation and synergy have proved its effectiveness as community-building instruments in many cities. Former New York City Mayor Michael Bloomberg launched a competition for mayors called “Engaged Cities,” with the aim of exploring success stories where city halls interacted creatively with their communities to find effective solutions. Since last year, Ukrainian cities and towns have been able to join this competition.

This year, the Lee Kuan Yew World City Prize 2018 was awarded to Seoul Mayor Park Won-soon for an innovative approach to dialog with residents the 10 million strong Korean capital. In choosing people as a priority, Park Won-soon has been elected for a third term. “The city shapes us and we, in turn, shape the city,” says the Seoul Mayor.

“Ukraine has its own success stories,” says Jaroslawa Z. Johnson, Western NIS Enterprise Fund President and CEO. “For instance, Ivano-Frankivsk has a very active community that created a lot of breakthrough projects under the Warm City program. In Lviv, business is involved in developing a city strategy. In Verkhovyna, the local community is sorting its garbage, while Zhytomyr has supported high-quality cooperation with international partners. And this is only the beginning. In fact, there are plenty of ideas that transform lives of those living in Ukrainian cities and towns. The mission of the International Mayors Summit is to find them, to inform a broader audience about them, and, ultimately, to help such ideas be implemented effectively in other urban areas. The founder of General Electric, inventor Thomas Edison, once noted that the value of an idea lies in its application. With this as our motto, we hope to contribute to the exchange of ideas between communities and their administrations in order to make great ideas work.”

How to get involved:

The International Mayors Summit is an annual event that brings together city mayors, local government leaders and local development experts to provide an international platform to promote innovation and quality of life for residents.